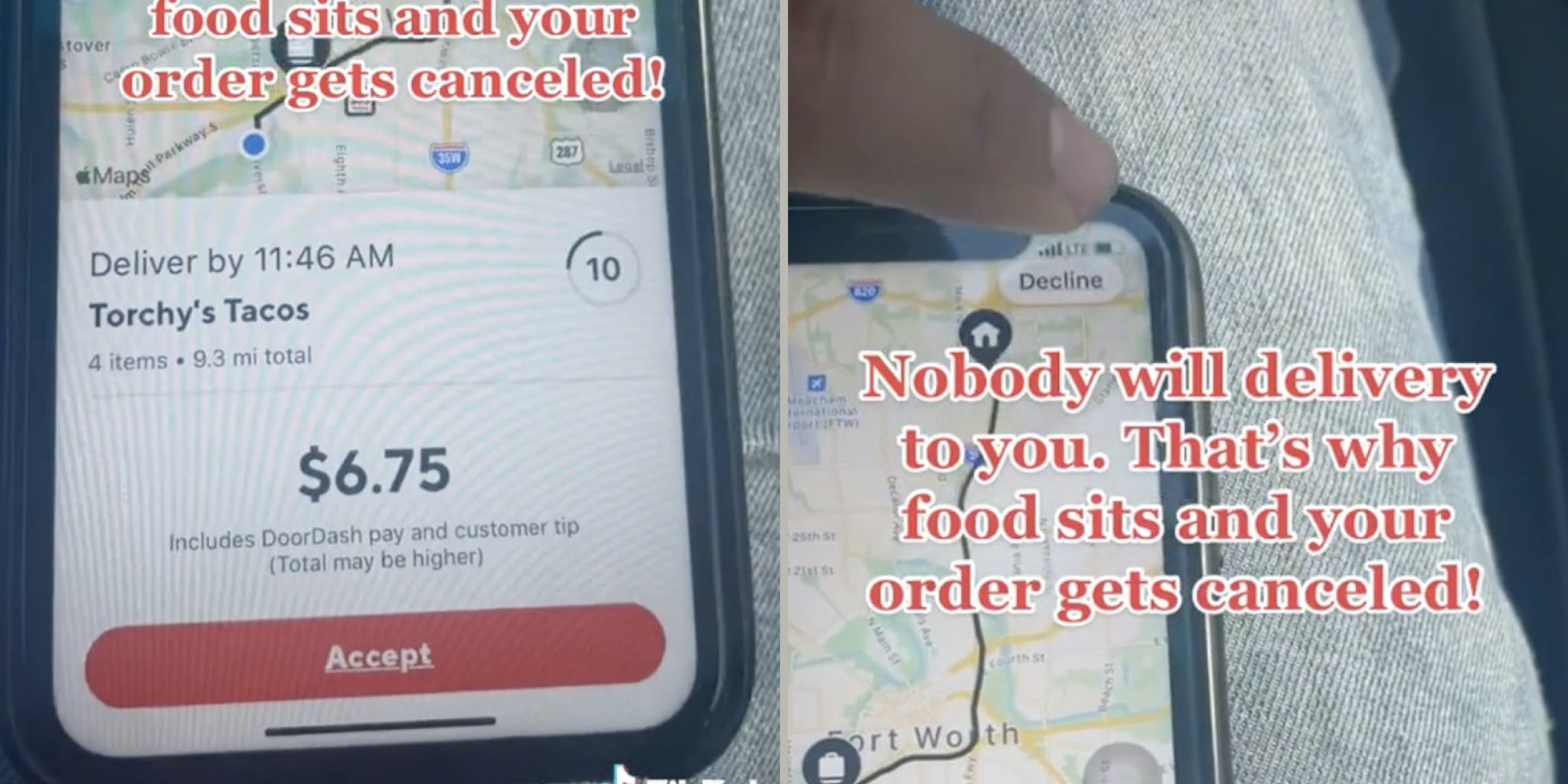 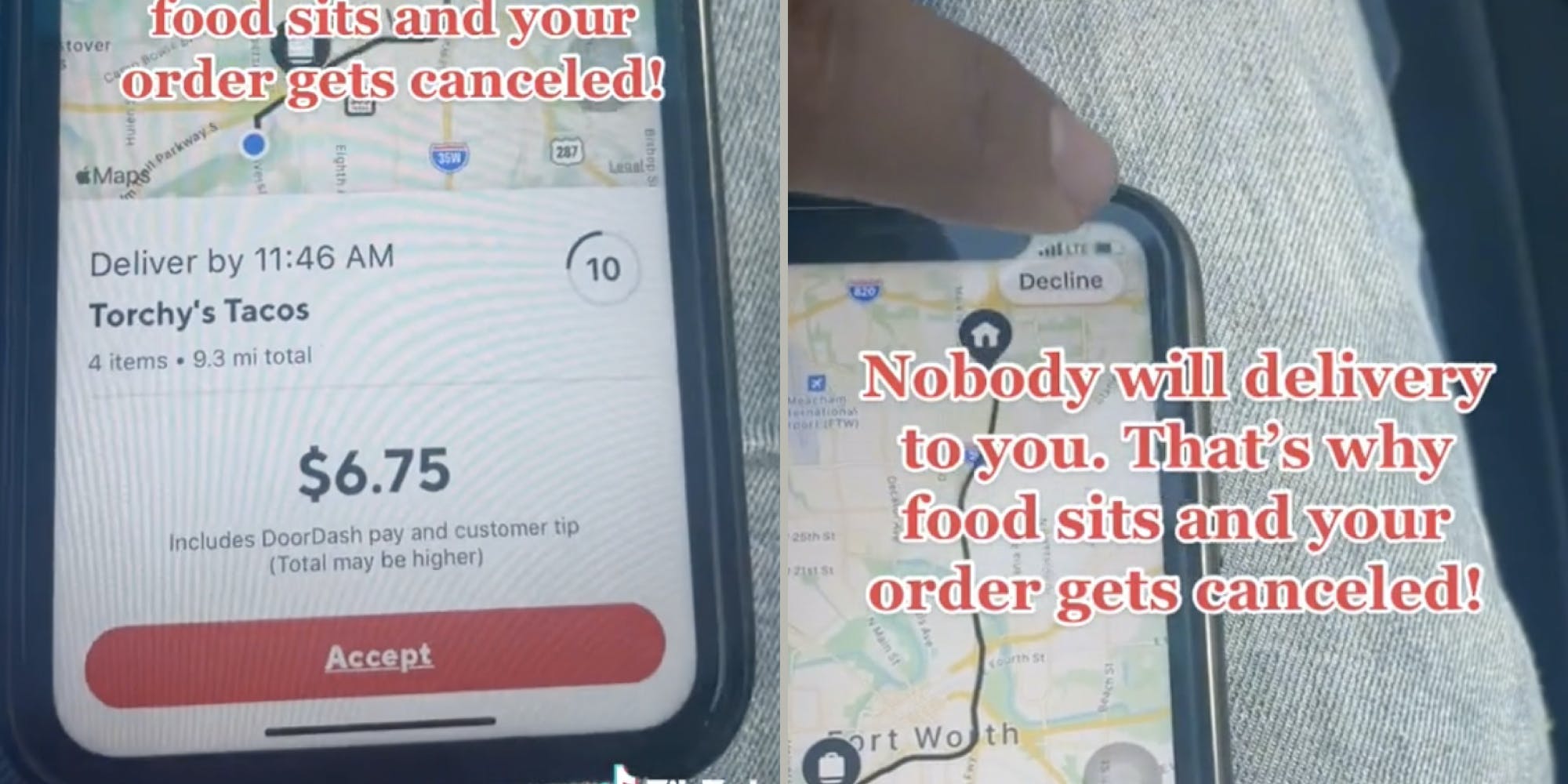 A DoorDash driver refused to accept a low-paying order in a viral TikTok, sparking debate over adequate pay.

In the video, TikToker @thebeardedone_94 declined an order that would have paid $6.75 for nine miles traveled. The TikTok has reached over 229,000 views.

“No one will delivery [sic] to you,” text on the video reads. “That’s why food sits and your order gets canceled!”

The short video has inspired debate over how much DoorDash should pay its drivers and how much customers should tip.

Dashers—as the company calls them—are paid per delivery. According to the DoorDash website, Dashers always receive a base pay for each delivery that ranges from $2 to $10. From there, Dashers might also receive customer tips as well as company bonuses.

DoorDash’s base pay “sucks,” @thebeardedone_94 said in a comment. In another comment, he said that he declines any order that pays less than $1 per mile traveled.

But some commenters said they would have taken the order.

“Keep declining,” one user wrote. “I’ll go get it for money because it’s money.”

Others agreed with the TikToker about the need for better pay.

“When it costs the driver more to take you [sic] food than he will make, then it's not just ‘money is money,’” another user wrote.

Commenters also debated whether it’s the customer’s responsibility to make up for DoorDash’s base pay. Some didn’t think so.

“It’s a tip. It’s not obligated,” one user wrote. “Someone else will pick it up.”

However, some said they always tip.

“I live like 15 miles away from the closest restaurants so I always try to tip at least $10,” one user commented.

According to Business Insider, Dashers are “really dependent” on tips. While big tips were common at the start of the pandemic, they’re harder to come by now.

Still, @thebeardedone_94 said his video was directed at DoorDash rather than customers.

“DoorDash needs to do better,” he said in a comment. “We have a right to express our selfs [sic] right?”

The Daily Dot has reached out to @thebeardedone_94 via TikTok and DoorDash via email.