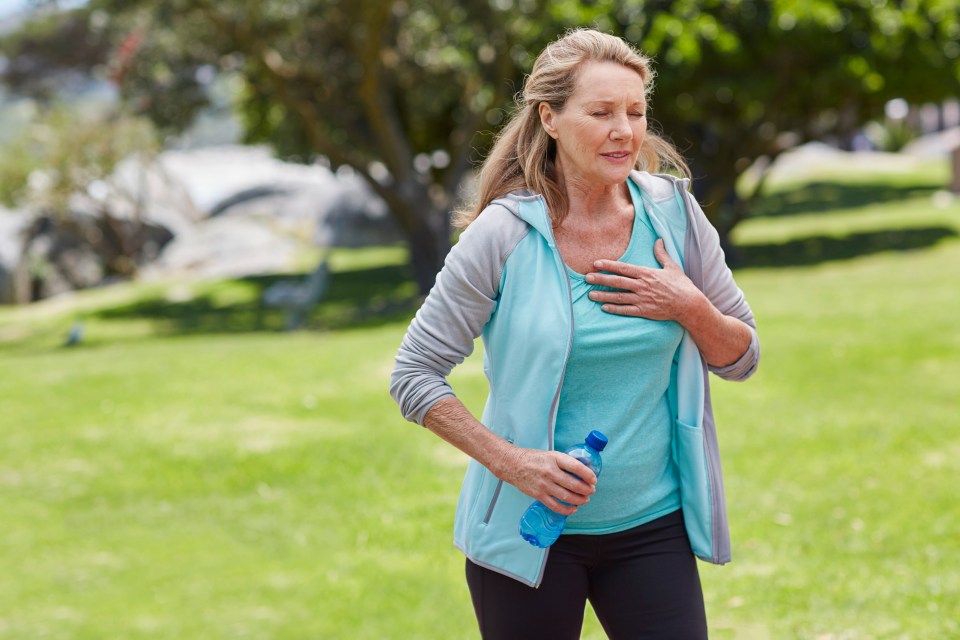 MILLIONS of women are living with heart or circulatory disease and experts have now said that they should “trust their instincts” when it comes to signs of a heart attack.

Researchers have found that women visiting A&E with potential symptoms such as chest pain – could be getting the short end of the stick.

Women aren’t receiving the same treatment and care as their male counterparts, a new study revealed.

Experts at the American College of Cardiology found that women were triaged less urgently, waited longer to be seen, and were less likely to undergo basic tests or be hospitalised or admitted for observation to diagnose a heart attack.

“The most important thing a woman can do is to seek medical care if she is worried and to ask specific questions of her doctor.”

Banco states there are five signs that women need to be on the lookout for when it comes to heart attacks.

A new chest discomfort is the most common symptom of a heart attack in both men and women.

This sort of discomfort can be caused by a heart attack and can be perceived as pain, pressure, tightness or another uncomfortable sensation.

The researchers stated that women who complained of new chest discomfort were equally likely to arrive at the hospital by ambulance as their male counterparts – but significantly less likely than men to be triaged as a matter of emergency.

Difficulty breathing and shortness of breath are other key symptom in women.

This could feel like you don’t have enough air and you could be struggling to get your words out.

This can be present with or without chest discomfort.

What is a heart attack and how is it treated?

How is it treated?

The first port of call for treatment, is for doctors to treat the blocked artery.

There are two main procedures used to open up the blocked blood vessel.

The first, a primary percutaneous coronary intervention (PPCI) is an emergency coronary angioplasty.

It opens the blockage and helps restore blood supply to the heart.

The second treatment, is thrombosis, also known as a “clot buster”.

It involves injecting a drug into the vein to dissolve the blood clot and restore blood supply to the heart that way.

In some cases this procedure can be performed in the ambulance.

While these treatments are common, in some cases they will not be right for the patient and so won’t be performed.

If you’re feeling sick and you’re also displaying other symptoms then this could be a sign of a heart attack.

Vomiting would usually be present with other symptoms such as feeling light headed.

Banco said that fatigue is another key heart attack sign in women.

This is a lesser known symptom and you could also feel weak and have little energy do to your usual tasks.

Pain in general is one key sign of a heart attack.

This could occur in one or both arms, the back, neck, jaw or stomach – this could also be accompanied by a cold sweat.

Banco said. “The longer people wait, the worse their outcomes can be.”

The authors of the study suggested that stereo types of who is susceptible to a heart attack may be preventing women from getting the correct treatment.

People stare when I’m with my plus-size bloke, they say he’s ‘punching’

I catfished my best friend, I taught her a lesson as she always put men before me

Heart attacks, historically, have been more common in older men and therefore medics may be less likely to suspect a heart attack among patients outside of that demographic

This is why if you experience these symptoms you should visit A&E immediately.

He added: “We, as health care providers, should continue to learn about how best to triage and diagnose patients with heart attacks, particularly among those who have historically been under-diagnosed or under-treated.

“We are learning that heart attacks take many forms. We need to continue to raise awareness and make sure all patients are diagnosed and treated properly, even if they’re not the ‘classic’ demographic for a heart attack.”