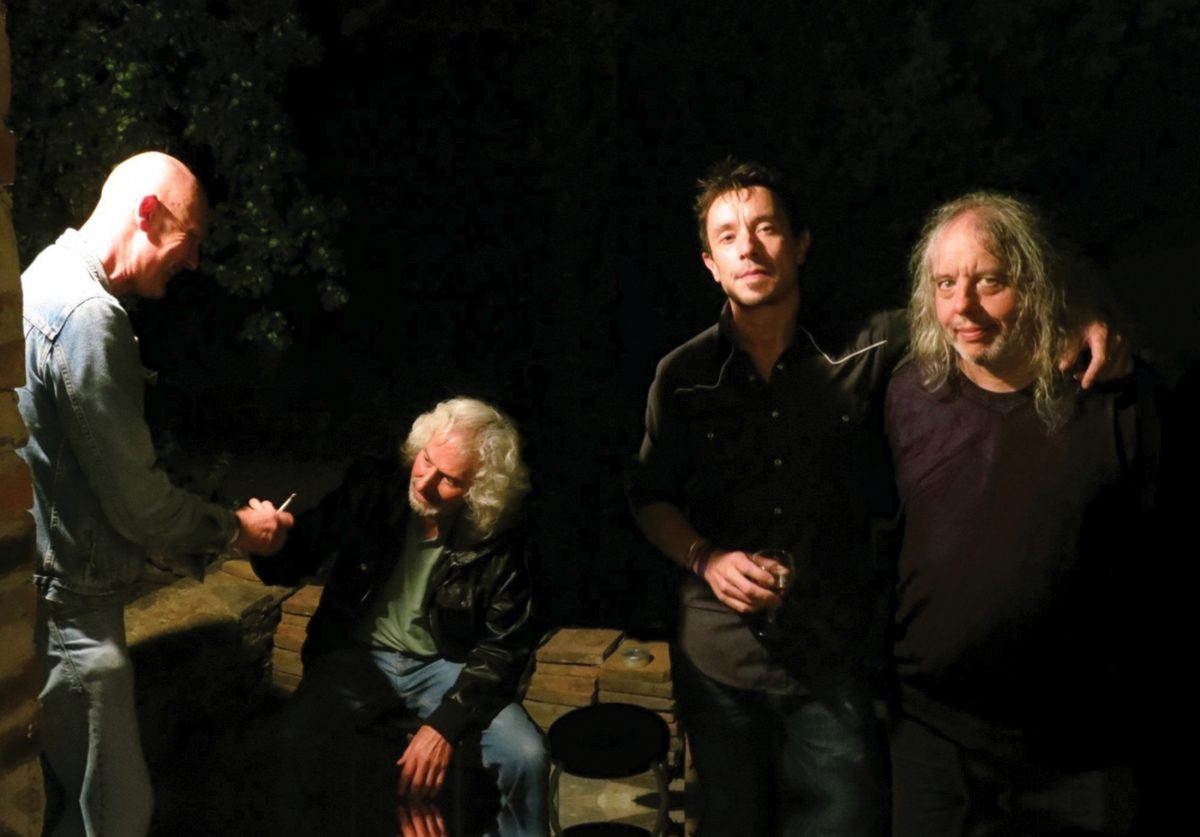 The Bevis Frond interview and Liverpool date at The Shipping Forecast

The Bevis Frond have a massive pedigree and are due to play The Shipping Forecast in May, Getintothis’ Andy Sunley has all you need to know.

Some gigs are destined to be special.

Sure, every promoter will tell you why the gig they are trying to sell will be worth your time and money, but it is not every weekend that a prolific and influential act plays their first gig in the north of England in twenty years!

Such an event occurs at The Shipping Forecast on May 18th courtesy of local promoters WAAIL.

The Bevis Frond began life as a The Move and The Beatles influenced outfit called Museum lead by Londoner Nick Saloman. It was his former schoolmate and future filmmaker Julian Temple who randomly suggested The Bevis Frond as a better name.

Unlike many of his 60’s peers Saloman did not feel threatened by punk rock. “Punk was great” he told Loudersound prior to the release of his 2015 album Example 22. “Back to two-minute singles, and the attitude that any kid could have a go. Prog had become the polo of rock – you couldn’t play unless you had a stable of hourses. A Mellotron cost as much as someones house.”

Saloman took to the “do it yourself” after a motorcycle accident nearly left him unable to play. With the compensation he bought home recording equipment and set about relearning how to play guitar. He also used the recovery time to learn other instruments.

Saloman then resurrected The Bevis Frond as a one-man band. His debut Miasma sold out it’s original run of 500 copies quicker than expected and he was soon pressing more. “There is a message there” he commented “Don’t try to be hip. Do what you love and things will start happening.” Inspiring words indeed.

To date The Bevis Frond have released 22 full length albums the latest of which, We Are Your Friends, Man came out last year on Fire Records (itself having a bit of a renaissance being the home of Liverpool psych-folk singer Jane Weaver and being the UK outlet of Sebadoh’s latest album Act Surprised.)

He has also acquired some high profile admirers. The Lemonheads covered his song Old Man Blank on their Varshons 2 album. Other acts who have paid homage include Teenage Fanclub and Elliot Smith.

When asked by Getintothis how he felt about playing Liverpool for the first time he stated he was looking forward to it. “At a time of life where not much excites me, I’m actually quite excited about
coming to Liverpool.” he told us via email. “I’ve only been there a couple of times, and never to
play, so I feel I’ve really missed out on so much that the city has to offer. Of course, I’m a big fan of Liverpool music, right through from Billy Fury via The Beatles and onwards.”

He has previously been involved with Liverpool music when he recorded with Probe Plus alt-rockers Walkingseeds in the late 80’s.

If all this was not enough to entice you to The Shipping Forecast on the night in question support will come from The Sewage Farm who release their third album in October and feature Nine Black Alps vocalist Sam Forrest.

The post The Bevis Frond interview and Liverpool date at The Shipping Forecast appeared first on Getintothis.

The Bevis Frond interview and Liverpool date at The Shipping Forecast