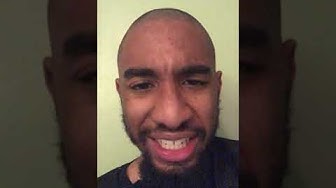 The Black Pill, Suicide and the Road to True Resistance

Western society promotes myths of personal transformation to keep itself ticking over, while peddling goods and services that the broad masses falsely believe will improve their lot. The sole benefit of this programme hope is false optimism. Thus the short, puny man with a hooked  acromion daydreams of someday becoming Mr Universe; the low IQ dope thinks he can become a surgeon with a ‘little more revision’; the one-eyed Indian janitor thinks he will bed models if gets himself a new haircut; and so on. While none of this will ever happen, it inoculates the lower-value male (as society and women reckon it) from absolute despair.

The Black Pill – uncompromising realism and unflinching acceptance of biologic and cultural determinism – offers no such comfort blanket. Even my own Crimson Pill rejects simplistic, adaptive solutions to most dilemmas. According to our critics, this uncompromising approach renders the Black/Crimson-Pilled male far more susceptible to depression and suicide. Far better to live in daydreams, they say, than drink the hemlock of truth.

Superficially, there seems some evidence to support this view. Black Pilled male suicide frequently conforms to the conceptual frameworks designed to study these actions. Emile Durkheim, the father of sociology, claimed there were four types of suicide:

Black Pilled male suicide seems to be mostly of the egoistic variety. Renegade #1, one of the most famous Black Pilled suicides, was certainly of this type. Suicidal incel mass killers such as Elliot Rodger and Alek Minassian seem to be Altruistic as well as Egoistic, in that they believed their ‘sacrifice’ will somehow improve the world for other men like themselves.

Surely, then, the Black or Crimson Pills are inherently dangerous for 'low-value' men? On closer inspection, this compelling interpretation misses the truth by a wide margin. For it is not the Black Pill itself that leads sexuality-disenfranchised men to suicide, but Anglo-American culture itself. Accepting the Black or Crimson pills is a neutral decision, completely unrelated to depression or suicide. Living in a misandrist society inhabited by racist, entitled female vermin is the true cause of male suicide and depression; the Black Pill is merely a response to an unlivable situation, not its cause.

So what is to be done? More important, how is one to live?

The obvious solution to misandry is male self-reliance and independence – in general terms, studied detachment from the Anglosphere and its reflexive misandry, racism and repression.  This approach negates the threat of suicide through focused empowermentand more importantly, active resistance.

Why is living in the teeth of gynocratic hostility a heroic act of resistance? Moreover, how does choosing to live represent a dynamic revolt against the misandric social order?

The answer is simple: Anglo-American women, simps and society in general actively want ‘low value’ men to kill themselves. In fact, that outcome is right at the top of their twisted agenda! This life-changing realisation confounds the whole notion that suicide is a rebellious or ‘romantic’ act: in the Anglosphere, male suicide is actually conforming to dominant values!

In conclusion, do not give way to the siren song of suicide. It is not Black or Crimson Pilled, not 'romantic' or cool and certainly not bold or manly. In truth, male suicide is the act of a Blue Pilled muppet conforming to Anglobitch whims and societal misandry, both of which want you dead. Conversely, choosing life represents authentic revolt, vigorous resistance and focused autonomy.

For Awakened Men in physical health and of sound mind, suicide should not even be an option.

The Black Pill, Suicide and the Road to True Resistance