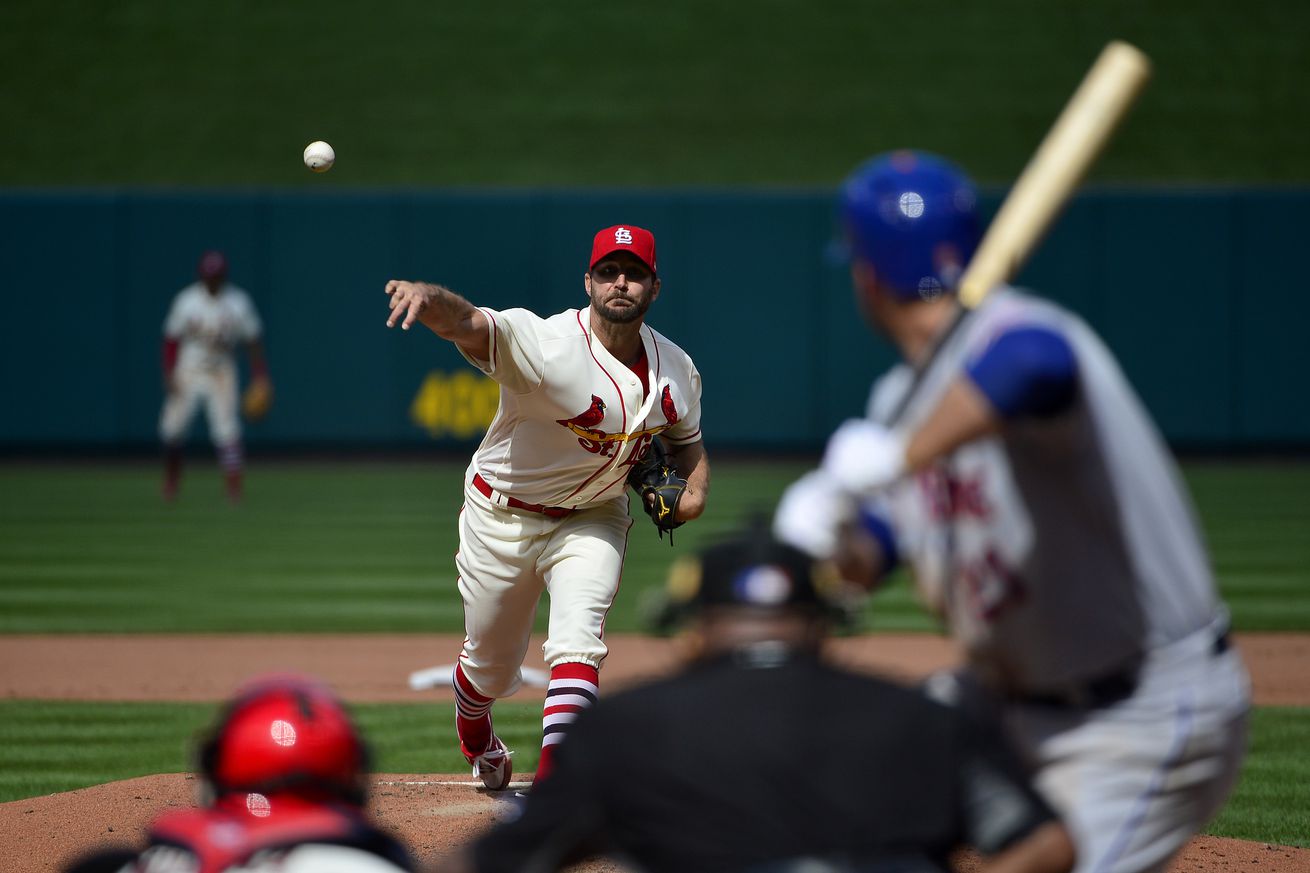 Starting Monday, May 3 at 6:45 PM CT through Thursday May 6, at 12:15 PM CT the St. Louis Cardinals will host the New York Mets for a four game series. The Cardinals are riding a 4-game winning streak and at 16-12 are currently in second place in the National League Central, just a game behind the Milwaukee Brewers. The Mets sit at 11-11 and are tied for first in the National League East with 12-12 Washington Nationals. The winner of this series will likely end it in first place in their division. Should be fun!

Per StatCast deGrom relies mostly on three pitches. He throws a four-seam fastball 63% of the time at around 99 miles per hour. His next frequently-used pitch is a slider at 92 mph that he uses mostly against righties and has a Wiff % of over 50%. The Cardinals can expect to see it used to neutralize the power bats of Nolan Arenado, Paul DeJong, and Tyler O’Neil. The lefties are more likely to see the changeup coming in at around 91 mph, though he usually throws it around the same spot he throws the slider. It is deGrom’s least frequently-used pitch, but the one with lowest batting average against it at .063.

After sitting out 2020 Stroman is back strong in 2021. Like deGrom, Stroman made his debut in 2014, but spent most of his career in the American League with the Toronto Blue Jays before joining the Mets in 2019. He is off to one his better season starts this season with a 1.86 ERA and 2.70 FIP.

Unlike deGrom, Stroman primarily uses his sinker, which is probably his best pitch, instead of a four-seamer, throwing the pitch 47% of the time to just 3% of fourseamers at about 93 mph. About 22% of the time he peppers in a 90 mph cutter, particularly to lefties and for the righties he throws a slider at 86 mph. He will occasionally throw a split finger change to batters on either side of the plate.

The entire Cardinals pitching staff has had a pretty strong turn in the rotation and Waino has led the way. In his last two starts he has pitched sixteen innings, given up three runs (on three home runs), walked one, and struck out 18 batters. The key to his recent success could be due to balancing often he throws his best pitch, the curveball, with his cutter. In his last two games he has thrown his cutter over 25% of the time. There is a reason he throws his curve 33% of the time though. Even in his 16th season Adam Wainwright still has one of the best curveballs in the game. The Waino curve has a spin rate in the 88th percentile in the league and a Whiff% of 37.2. The Mets particularly might remember it well.

Since returning from the Injured List on April 23 Tyler O’Neill has been on a bit of a tear. In his ten games back he has homered four times with a slash line of .371/.389/.743 and wRC+ of 205. He is in the top 8% of the league in exit velocity at 93.5 according to Baseball Savant. So far he has had a majority of his success against breaking pitches. He has four homers on breaking pitches and a batting average of .400 against them.

The Not as Good

The Mets pitchers have had notoriously low run support in 2021, especially Jacob deGrom. A 95 wRC+ puts them near the middle of the pack in wRC+ at 17th, ranking ahead of the Cardinals at 21st, but their 17 home runs and .122 ISO are last in all of baseball. To compare the Cardinals as a team have hit 36 home runs, tenth in baseball, with a .167 ISO. The Mets offense is also last in runs scored at 71. In the past two games though, the offense looks to have heated up a little, scoring 13 runs off 25 hits during that time.

The Cardinals first baseman has started off the season uncharacteristically slow. His wRC+ has dropped to 80 and his OBP has dipped to .281. According to Baseball Savant, Goldschmidt overall appears to be swinging more and chasing more. His chase percentage is 29% versus a career average under 24%. Something hopefully promising: when he does make contact, his hard hit percentage is 85, which is 39th among all hitters. The Cardinals have stated they intend to give Goldy a break, so he might not make a start during this series.

The Cardinals have been trending up in their last two series and hope to keep the momentum going into this four-game matchup. My matchup to watch is Tyler O’Neill vs Jacob deGrom. O’Neill will probably strike out at least once, but if deGrom misses with his slider, it could end up in the seats. The Cardinals will have to play yet another series without veteran catcher Yadier Molina who was placed on the Injured List with a foot injury around six days ago. Andrew Knizner will continue to get a majority of the starts behind the plate in Yadi’s absence.