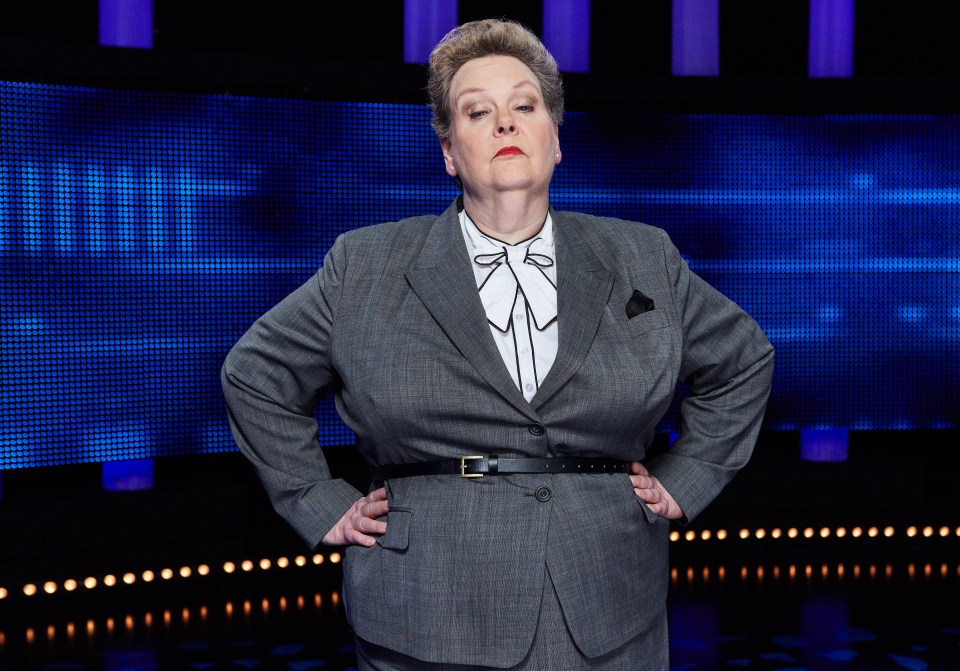 THE Chase’s Anne Hegerty thwarted a pair of thieves — and then terrified them with a foul-mouthed tirade.

They even threatened to report Anne, 62, to the police for swearing.

Anne Hegerty managed to thwart a pair of bag thieves[/caption]

She spotted them trying to steal her shopping bags as she was unloading.

Anne recalled: “The car was parked around the corner, and I came back at one point to find this rather rough-looking couple trying to make off with my shop.

“They didn’t recognise me but they didn’t actually expect that sort of language.”

Anne, known as The Governess on The Chase, spotted a couple trying to make off with her shopping bags[/caption] She said ‘I know plenty of people who would have hidden – frankly, I could take them’[/caption]

Most read in Reality

They threatened to report her but Anne, who has flats in Manchester and Watford, went on: “I told them, ‘F***ing do it. F***ing tell them, I don’t f***ing care’ and they basically dropped the bags and ran.

“It was nice to channel that indignation and get my stuff back, especially as I know plenty of people who would have hidden around the corner quaking in fear, which is a bit pathetic when it’s a couple of crackheads.

“Frankly, I could take them.”