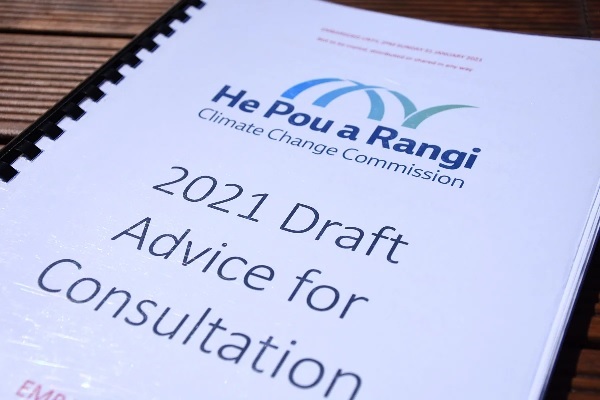 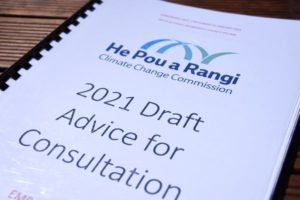 Earlier this month the Climate Commission released their draft report to the Government. It is so extreme that even typically conservative economists are expressing alarm.

Without any exaggeration, if implemented, the Commission’s plan would radically transform New Zealand, from a country which is still founded on free market principles, to a bureaucratically controlled and centrally planned economy.

Before we look into the detail, let’s remind ourselves of New Zealand’s climate policy journey.

As a good global citizen reliant on international trade, successive governments supported the United Nations’ emerging climate agenda that led to Helen Clark’s Labour Government signing the Kyoto Protocol in 2002. The decision was controversial, since the focus of global concern was on man-made greenhouse gases produced by industrialisation, whereas over half of New Zealand’s emissions are produced naturally by cows and sheep.

The situation was exacerbated when the Clark Government introduced an Emissions Trading Scheme (ETS), which again was a mechanism used primarily to regulate emissions produced by industrial societies, not rural ones.

John Key’s National Government strengthened the ETS but left out agriculture since the only way to reduce ruminant emissions is through reducing stock numbers, which would decimate our export sector and economic wellbeing.

Despite contributing only 0.16 percent of global man-made greenhouse gas emissions, New Zealand signed the Paris Climate Agreement in 2016, with an international target – to reduce emissions by 30 percent below 2005 levels by 2030.

In 2017, Labour’s new leader, Jacinda Ardern, claimed climate change was her generation’s “nuclear-free moment”. Once elected Prime Minister, she wasted no time in eliminating the oil and gas sector, to demonstrate to the global community that New Zealand was leading the way in averting climate disaster.

In 2019, the ETS was strengthened through the introduction of a cap on emissions. The Zero Carbon Act was passed, establishing the Climate Commission and setting the harshest domestic targets in the world – reducing emissions of long-lived gases to net zero by 2050 and methane emissions by 24-47 percent by 2050.

Their key role is to advise the Government on how best to meet New Zealand’s Paris targets, as well as to review the scientific evidence on methane emissions.

It should be remembered, that in spite of claims by climate activists to the contrary, New Zealand is comparatively clean and green. We have relatively little heavy industry, more than 80 percent of our electricity already comes from renewable sources, and half of our emissions are naturally produced by animals.

Our geography and low population density, means, however, that since public transport and urban cycle ways cannot be used by many families, cars remain an essential part of the Kiwi way of life.

So, what is the Climate Commission recommending?

Their report, which refers to “Aotearoa” 635 times and the country “New Zealand” only twice, represents central planning on steroids. They propose changing the way New Zealanders live – urging the Government to do more: “The Government must pick up the pace. Aotearoa will not meet its targets without strong and decisive action now to drive low emissions technologies and behaviour change across all sectors.”

Race-based rights and the Treaty ‘partnership’ fabrication are central to their plan: “Care should be taken to make sure climate related policies do not further compound historic grievances for Maori. To give effect to the Treaty Partnership, central and local government need to acknowledge iwi/Maori rights to exercise rangatiratanga and kaitiakitanga in a joint plan to reduce emissions.”

They promote urban intensification, even though the virus pandemic has clearly shown that lower density living is safer and provides a better quality of life than “the more compact pedestrian-oriented cities typical of Europe and many parts of Asia” they favour.

They want to force us into electric cars with “no further internal combustion engine light vehicles imported after 2032”, as well as requiring “more walking, cycling and public transport”.

They will close “aluminium and methanol production” and “switch away from coal, diesel and gas to electricity”. This will mean “No further natural gas connections to the grid, or bottled LPG”, which will force “restaurants, cafes and bars . . . to move away from natural gas”.

In their socialist utopia, not only will there be no backyards for BBQs, there will be no gas to fuel them either.

When it comes to farming, the Commission is ruthless: “our path would see dairy and sheep and beef animal numbers each reduced by around 15% from 2018 levels by 2030. This compares with an 8­­-10% reduction projected under current policies.”

This dashes the hopes of farmers that the Commission would examine the science and recognise that as a short-lived component of a natural cycle that sees greenhouse gases sequestered by farmland forests, grasslands and soil, methane should be excluded from emissions reduction goals.

Instead, the Commission recommends harsher targets: “We advise that the reductions in emissions of biogenic methane… could be between 49% and 60% below 2017 levels by 2100.”

This would dramatically force up the cost to consumers of all dairy foods and meat, and represents a serious contravention of the UN’s requirement that government policy to reduce emissions must not compromise food production.

This week’s NZCPR Guest Commentator, former Science and Technology Minister Barry Brill, the Chairman of the Climate Science Coalition, is also scathing about the Commission’s plan:

“The Climate Commission’s first report is a huge disappointment. It is little more than a well-polished propaganda vehicle. With its woke-word-smithed style, it could just as easily have been published by Greenpeace…

“The report leaves almost all the key questions unanswered… is dominated by subjective value judgments, biased assumptions and activist-speak. It is cliched, jargon-ridden and has no novel ideas. It produces no new insights or data and offers no quantified cost-benefit analysis for any one of its many pain inducing recommendations.”

The Climate Commission regards the United Nation’s Intergovernmental Panel on Climate Change (IPCC) as an authority, except, it seems, when it comes the role of an ETS. The Commission states: “The Emissions Trading Scheme alone won’t get us to where we need to be. Action is needed across all sectors of the economy.”

Yet advice from the IPCC contradicts that claim – once a country has an ETS in place, no other policy interventions are necessary: “if a cap and trade system has a sufficiently stringent cap to affect emission‐related decisions, then other policies have no further impact on reducing emissions”.

Since New Zealand already has a fully functioning ETS in place, all other policy recommendations superfluous!

So how does our ETS work?

The ETS is a cap-and-trade system that requires businesses to purchase emissions units from the Government for every tonne of carbon dioxide they produce. A sinking cap means that over time the price of those units increases, creating an incentive for businesses to reduce emissions.

To see how it works, let’s consider an economy made up of just two companies – a dairy farm and a greenhouse tomato grower, each producing 2,000 tonnes of emissions a year and each needing to purchase 2,000 emissions units under the ETS.

If the Government then reduces the ETS emissions cap from 4,000 tonnes to 3,000, each company can only purchase 1,500 units and will need to reduce their emissions by 500 tonnes.

This is how the ETS works – it enables emissions to be reduced at the lowest cost to the economy. If the Government intervened with taxpayer-funded subsidies, while that would change the dynamics and assist individual businesses, it wouldn’t reduce the amount of emissions one iota, because that is set by the emissions cap.

Over time, if the cap continues to be reduced and prices are driven high enough, then, for example, the ETS levy on the price of petrol, which is presently around 10 cents a litre, will drive pump prices so high that more and more Kiwis will consider switching to electric cars.

This can be done without the need for government subsidies or punitive restrictions.

Furthermore, since greenhouse gas emissions are a global problem, and reducing one tonne of carbon from the atmosphere in New Zealand is the same as reducing it anywhere else in the world, the ETS should be opened so Kiwi companies can deal with others around the world to reduce emissions at a lower cost.

Dr Oliver Hartwich, the Executive Director of the New Zealand Initiative, points out the benefits: “A recent paper in the American Economic Review reported that a forest conservation project in Uganda managed to sequester carbon for a cost of $US1 per tonne. Previously, we found projects in the Brazilian Amazon rainforest achieving a carbon offset for $US2 a tonne. But even at a conservatively-high $10 a tonne, New Zealand could offset all its net emissions for an annual cost of under $600 million.

“Imagine that: If New Zealand entered a partnership with countries like Brazil and Uganda we would become net carbon neutral tomorrow – not in 2050. Such a deal has a precedent. Switzerland and Peru recently announced a carbon offsets deal. Peru will receive funding for sustainable development, and Switzerland will receive credits for lower emissions. The deal is recognised under the Paris climate agreement, to which New Zealand is a signatory.”

By opening up the ETS so New Zealand can use Paris Agreement rules and meet its international obligations at the lowest possible cost – as Switzerland is clearly doing – the immense economic disruption and suffering the Climate Commission is recommending could be avoided.

Unless inflicting pain and suffering is Jacinda Ardern’s goal, that is exactly what her Government should be doing.

During 2020, the global pandemic essentially forced much of the world’s economy to shut down, dramatically reducing emissions of man-made carbon dioxide. Yet, contrary to climate model expectations, there has been no decrease in CO2 in the atmosphere.

Does this mean the models are wrong – that the human impact on the planet is too insignificant to register and that, contrary to the claims of climate extremists, it is nature, not mankind, that controls the climate?

Instead of investigating this significant anomaly, the Climate Commission ignores it, claiming, “The climate science is clear, the direction of climate policy is laid out and the time for accelerated climate action is now.”

In 2015, Christiana Figueres, the Executive Secretary of United Nations Framework Convention on Climate Change, revealed that the objective of environmental activism is not to save the planet from ecological calamity but to destroy the free market economic system: “This is the first time in the history of mankind that we are setting ourselves the task of intentionally, within a defined period of time, to change the economic development model that has been reigning for at least 150 years, since the Industrial Revolution”.

Is this the real agenda of New Zealand’s Climate Commission?

*Do you support the recommendations of the Climate Commission?
Note: Please feel free to use the poll comments to share your views on any of the issues raised in this week’s newsletter.