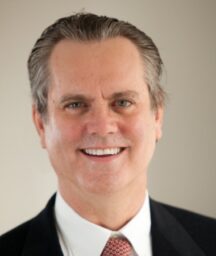 The Climategate Scandal Must Never Be Forgotten

[Editor’s Note: Robert Bradley nicely sums up the substance of the Climategate scandal from 11 years ago that exposed the junk science behind so much of “climate science.”]

It has been 11 years since the intellectual scandal erupted called Climategate. Each anniversary inspires recollections and regurgitation of salient quotations. These quotations speak for themselves; attempts of climate alarmists to parse the words and meaning distracts from what was said in real-time private conversations.

And the scandal got worse after the fact when, according to Paul Stephens, “virtually the entire climate science community tried to pretend that nothing was wrong.”

Fred Pierce’s The Climate Files: The Battle for the Truth About Global Warming (2010) was a mainstream look at the scandal. Michael Mann is the bad actor, despite his I-am-the-victim take in his account, The Hockey Stick and the Climate Wars (2012). [1]

On November 19, 2009, a whistle-blower or hacker downloaded more than 1,000 documents and e-mails from the Climatic Research Unit (CRU) at East Anglia University (United Kingdom). Posted on a Russian server, these documents were soon accessed by websites around the world to trigger the exposé.

These e-mails were part of confidential communications between top climate scientists in the UK, the United States, and other nations over a 15-year period. The scientists involved had developed surface temperature data sets and promoted the “Hockey Stick” global temperature curve, as well as having wrtten/edited the Intergovernmental Panel on Climate Change (IPCC) physical-science assessment reports.

“I know there is pressure to present a nice tidy story as regards ‘apparent unprecedented warming in a thousand years or more in the proxy data’ but in reality the situation is not quite so simple.”

“Keith’s [Briffa] series…differs in large part in exactly the opposite direction that Phil’s [Jones] does from ours. This is the problem we all picked up on (everyone in the room at IPCC was in agreement that this was a problem and a potential distraction/detraction from the reasonably consensus viewpoint we’d like to show w/ the Jones et al and Mann et al series).”

“By the way, when is Tom C [Crowley] going to formally publish his roughly 1500 year reconstruction??? It would help the cause to be able to refer to that reconstruction as confirming Mann and Jones, etc.”

“I gave up on Judith Curry a while ago. I don’t know what she thinks she’s doing, but it’s not helping the cause, or her professional credibility.”

“Well, I have my own article on where the heck is global warming… The fact is that we can’t account for the lack of warming at the moment and it is a travesty that we can’t.”

“I’ve just completed Mike’s [Mann] Nature trick of adding in the real temps to each series for the last 20 years (i.e. from 1981 onwards) and from 1961 for Keith’s [Briffa] to hide the decline.”

“Also we have applied a completely artificial adjustment to the data after 1960, so they look closer to observed temperatures than the tree-ring data actually were….”

“If you look at the attached plot you will see that the land also shows the 1940s warming blip (as I’m sure you know). So, if we could reduce the ocean blip by, say 0.15 deg C, then this would be significant for the global mean—but we’d still have to explain the land blip….”

“We, therefore, do not hold the original raw data but only the value-added (i.e. quality controlled and homogenized) data.”

“We have 25 or so years invested in the work. Why should I make the data available to you, when your aim is to try to find something wrong with it.”

“I’m getting hassled by a couple of people to release the CRU station temperature data. Don’t any of you three tell anybody that the UK has a Freedom of Information Act.”

“Mike [Mann], can you delete any e-mails you may have had with Keith [Trenberth] re AR4? Keith will do likewise…. Can you also e-mail Gene and get him to do the same? I don’t have his e-mail address…. We will be getting Caspar to do likewise.”

“You might want to check with the IPCC Bureau. I’ve been told that IPCC is above national FOI Acts. One way to cover yourself and all those working in AR5 [the upcoming IPCC Fifth Assessment Report] would be to delete all e-mails at the end of the process. Hard to do, as not everybody will remember it.”

“I can’t see either of these papers being in the next IPCC report. Kevin [Trenberth] and I will keep them out somehow, even if we have to redefine what the peer-review literature is!”

Climate scientist Judith Curry reassessed her thinking about the state of climate science in response to the scandal. “Climategate was a turning point,” she remembered, where “pronouncements from the IPCC were no longer sufficient.” Curry explained:

Institutionally, Climategate triggered the formation of the Global Warming Policy Foundation (GWPF), which has become quite influential in UK climate policy and to some extent internationally.

The skeptical climate blogosphere has thrived and expanded, largely triggered by Climategate (Climate Etc. was triggered largely by Climategate). Whereas the ‘warm’ blogosphere for the most part has waned (notably RealClimate), with the exception of Skeptical Science. It seems that most of the ‘action’ on the warm side has switched to twitter, whereas skeptics prefer the blogosphere.

Today, the Internet is the primary check on the excesses of the politicized UN/IPCC process. Cancel and ignore as they might, the blogosphere is driving the climate-science debate in real time against the Malthusian establishment.

[1] “Words and phrases had been cherry picked from the thousands of e-mail messages, removed from their original context, and strung together in ways designed to malign me, my colleagues, and climate research itself,” Mann states on the opening page.

Reposted, with permission, from Master Resource.

The Climategate Scandal Must Never Be Forgotten