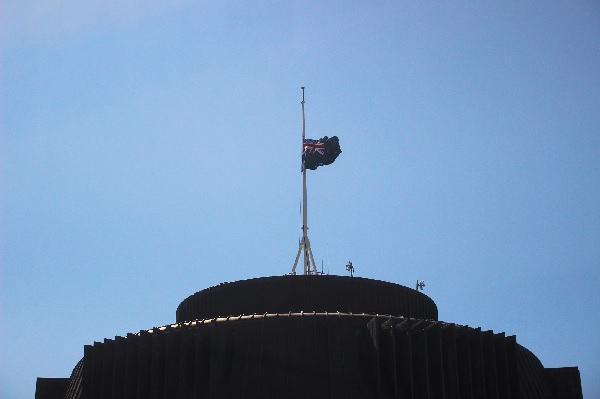 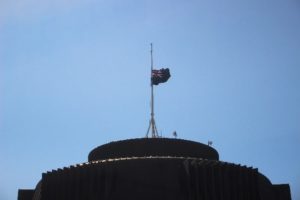 The expression “Power tends to corrupt, and absolute power corrupts absolutely” was coined by the British historian and politician, Lord Acton, in a letter to Bishop Mandell Creighton in 1887.

Many New Zealanders are now realising just how true it is.

On election night, our Prime Minister declared she would govern for all New Zealanders. Last week Jacinda Ardern presided over the passing of a law that for the first time in our history, removed important democratic rights in a dictatorial manner. Her action clearly demonstrated that she was not governing for all New Zealanders but instead, for supporters of Maori Sovereignty.

Jacinda Ardern did not campaign on her plan to remove the right of ratepayers to veto council decisions to establish Maori Wards. Instead, by using her “absolute” power to order Parliament into urgency, she denied New Zealanders their democratic right to genuine consultation.

The passing of the Local Electoral (Maori Wards and Maori Constituencies) Amendment Bill in this arrogant manner is absolute proof that absolute power corrupts absolutely.

Even the reasons given for the law change were based on misrepresentations and lies – propaganda that was deliberately perpetuated by many media outlets.

Local Government petition rights were never racist nor discriminatory – Helen Clark’s Labour Government had introduced them to protect the voting system from manipulation by councils.

With that protection now removed, if the next tranche of law changes eliminates the constraints that restrict the number of Maori wards to the proportion of Maori in the local authority area – as is likely – there will be nothing to stop the number of Maori wards being increased to 50:50, giving the Maori Sovereignty Movement total control of local councils. Furthermore, there’s no indication that the many councils that have already established committees of appointed iwi representatives with full voting rights, will abolish them.

Frank Newman has outlined what the future might hold: “Under a 50:50 ‘partnership’ model Maori will have effective control over billions of dollars’ worth of public assets, hundreds of millions of dollars of annual rating revenue, and all of the decision making powers of their local authority. That includes the power to set differential rating, write planning rules, and allocate grants. A person would have to very naive or myopic not to be concerned that this is not going to end well for anyone other than Maori.”

Is enabling the effective takeover of local government by the Maori Sovereignty movement the Prime Minister’s ultimate objective? Is this why she didn’t campaign on abolishing petition rights – because she knew just how unpopular such a corruption of democracy would be?

What else hasn’t she told us?

We already know she is taking New Zealand down the United Nations Agenda 2030 path, not because she told us so, but because she informed a foreign audience at a Bill Gates’ function in New York.

If she is intends implementing the Maori Sovereignty agenda, New Zealanders have a right to know.

Let’s examine the origins of this radical movement to better understand their aims.

In his 1985 book “Shadows Over New Zealand”, Union organiser and former Communist Party member, the late Geoff McDonald, described the Marxist roots of disruption being utlilised by Maori Sovereignty activists: “Marxists understand that the key to destabilising New Zealand is to show how badly the Maori is treated by the whites. The big lie must be built up, until enough people believe it to enable the damage to be done… there is no Maori oppression at all. But that would not stop them from going ahead with their propaganda. Facts or truth have no relevance to Marxism. Anything can be said to help create the conditions amenable to the collapse of society. However absurd or grotesque the charges being made against white New Zealanders, if they are not answered then they will be believed.”

This is exactly what is happening today: New Zealanders across the board are being falsely accused by radical separatists of racism and discrimination against Maori.

Geoff McDonald traces the modern origins of the Maori Sovereignty Movement to a series of influential articles published in 1982 in the feminist magazine “Broadsheet”. They were written by the Maori rights activist Donna Awatere, who later became an ACT MP. The first of the series, Maori Sovereignty, clearly outlines their objectives:

“At its most conservative it could be interpreted as the desire for a bicultural society… biculturalism meant acknowledgement of Maori sovereignty, of Maoritanga, of our land and language… an all up return of all our land and the setting up of institutions to ensure Maoritanga as the culture of this country and the Maori language as the official language… A new identity based on Maoritanga must be forged.”

In other words, they want to reclaim control of New Zealand through biculturalism, return all land to Maori, impose Maori culture onto the country, ensure the Maori language dominates, and redesign the country’s institutions to prioritise Maori.

In 2010, Laura Kamau, now a Learning Advisor at Victoria University, investigated the origins of Donna Awatere’s political theory: “The militancy of the language employed in Maori Sovereignty stemmed from a pamphlet entitled ‘Strategy for the Liberation of Palestine’ published in 1969 which discussed the aims of the Palestinian Liberation Front (PLF).”

Donna Awatere had become fully aware of the aims and strategies of the PLF during a conference she attended in Cuba in 1979: “She was invited to collaborate with the feminist branches of the PLF where she thought it would be a great opportunity to develop New Zealand’s independent political theories. However she was not prepared to overthrow New Zealand’s nation state as the PLF were doing through guerrilla warfare and the hijacking of planes. She instead utilised only the theoretical aims of the PLF.

“These aims were remoulded by Awatere to fit Maori aims for the re-establishment of their sovereignty over New Zealand and the return of their ancestral lands… Much of Maori Sovereignty’s structure is based upon the structure used in this PLF pamphlet. This is done through Awatere replacing Israel with Pakeha New Zealand, Zionism with Christianity, world imperialism with Britain and Arab reaction with colonial Maori. By doing this she could effectively argue what forces obstructed the possibility of establishing New Zealand as a Maori Nation State.

“The PLF believe that when political theory mobilised the masses, the masses became the theory’s most effective weapon instead of warfare. This common goal for Awatere was the establishment of a Maori Nation State which would consolidate tino rangatiratanga forever over New Zealand.”

Donna Awatere’s plan became a blueprint for new generations of activists. Her goal “to redesign this country’s institutions from a Maori point of view” is now well advanced, as various limbs of Government “partner” with the tribal elite.

Although New Zealanders have not been consulted, health services are now prioritising patients by race instead of clinical need, with a separate – and no doubt better resourced – Maori health scheme in the pipeline.

The Human Rights Commission has become so radicalised that it is now calling for a new constitution based on the Treaty of Waitangi – even though a $4 million 3-year review in 2011 found New Zealanders were overwhelmingly opposed to a Treaty-based constitution. The Commission also wants to empower the United Nations Declaration on the Rights of Indigenous Peoples, a declaration that was deemed so radical that Helen Clark’s Labour Government would not support it. To their shame, National signed up to appease their Maori Party coalition partner, claiming it was only “symbolic”. Now the Human Rights Commission wants to give it teeth.

In spite of parents not being consulted over whether they want ‘bicultural’ schools, a transformation of education is already underway: “The national curriculum for schooling will be refreshed over the next five years to ensure it is bicultural, clearer and more relevant for teachers and kaiako.”

These are just the tip of the iceberg.

This week’s NZCPR Guest Commentator Ross Meurant, a businessman and former MP of Maori descent, expresses his deep concerns at these developments through his thought-provoking analysis, “A Step Too Far”:

”Biculturalism, predicated as it is and as promulgated by its exponents on the concept of ‘Partnership’, means Maori should rule New Zealand as an equal partner with, The Rest – of us Kiwis.

“By its very description bi-cultural partnership looms in New Zealand today as: DIVISIVE…

“This misguide belief that the Treaty did create a partnership of governance, has been weaponised. It is no longer just a tool of convenience for self-proclaimed ‘influencers’ but a dangerous weapon in the hands of ‘wannabe’ politicians who seek to chart our future.

“In some cases, Maori and others who promulgate this false legal pretext to promote equal partnership between Maori and the Sovereign State of New Zealand, may not understand the legal reality, but in other cases there is in my view, a strategy to brainwash as many as possible and /or intimidate those who stand to defend the legal reality, that the Crown never ceded any sovereignty to Maori.”

Ross is right. Moves underway to impose Maori culture and language onto New Zealanders – to satisfy so-called Treaty partners and achieve more of their Maori Sovereignty objectives – are again being undertaken by the Ardern Government without revealing the agenda, nor asking for a public mandate.

This is why “Aotearoa” is now being used instead of “New Zealand” by all public servants and government agencies.

It’s why Maori language and propaganda are now flooding from government-funded media – RadioNZ, TVNZ, Stuff, and others, causing many New Zealanders to simply tune out.

It’s why our early history is now being re-written to remove all references to the violent and primitive roots of Maori culture.

It’s why Maori place names are replacing traditional English versions, and why Government agencies and community facilities such as libraries are being given Maori names that most Kiwis do not understand and cannot pronounce.

As a result, many New Zealanders are feeling increasingly alienated in their own country. Our rich Kiwi culture that once-upon-a-time encouraged personal responsibility, educational success, and financial independence, is being replaced with a culture of feel-good collectivism that has over the years resulted in social and economic decline.

Even the Rule of Law is now being undermined through the introduction of Maori “tikanga”, and, as a result of the Ihumatao debacle which resulted in private land being used to settle a Treaty grievance, private property rights are no longer secure.

It’s hard to believe that radical concepts formulated through discussions with Palestinian terrorists at a conference in Cuba over forty years ago, are now advancing at pace in New Zealand. While successive governments have paved the way for these developments, it is Jacinda Ardern’s Government that is now making it happen.

The personable Arden is leading the team of five million down a pathway to becoming a Maori Nation State. This is happening without the wider public being made aware of what is going on – or being given an opportunity to object. The one opportunity that Kiwis had to oppose separatism, namely the local government veto rights, has just been removed. Are Kiwis now trapped on the path to racial serfdom?

In the final of her Broadsheet series on Maori Sovereignty, Donna Awatere discussed the obstacles that could lie ahead. But she dismissed public opposition. She stated her reason for doing so: “The strength of white opposition will be allayed by the fact that Maori sovereignty will not be taken seriously. Absolute conviction in the superiority of white culture will not allow most white people to even consider the possibility.”

*Do you believe Maori Sovereignty represents a threat to New Zealand?
Note: Please feel free to use the poll comments to share your views on any of the issues raised in this week’s newsletter.