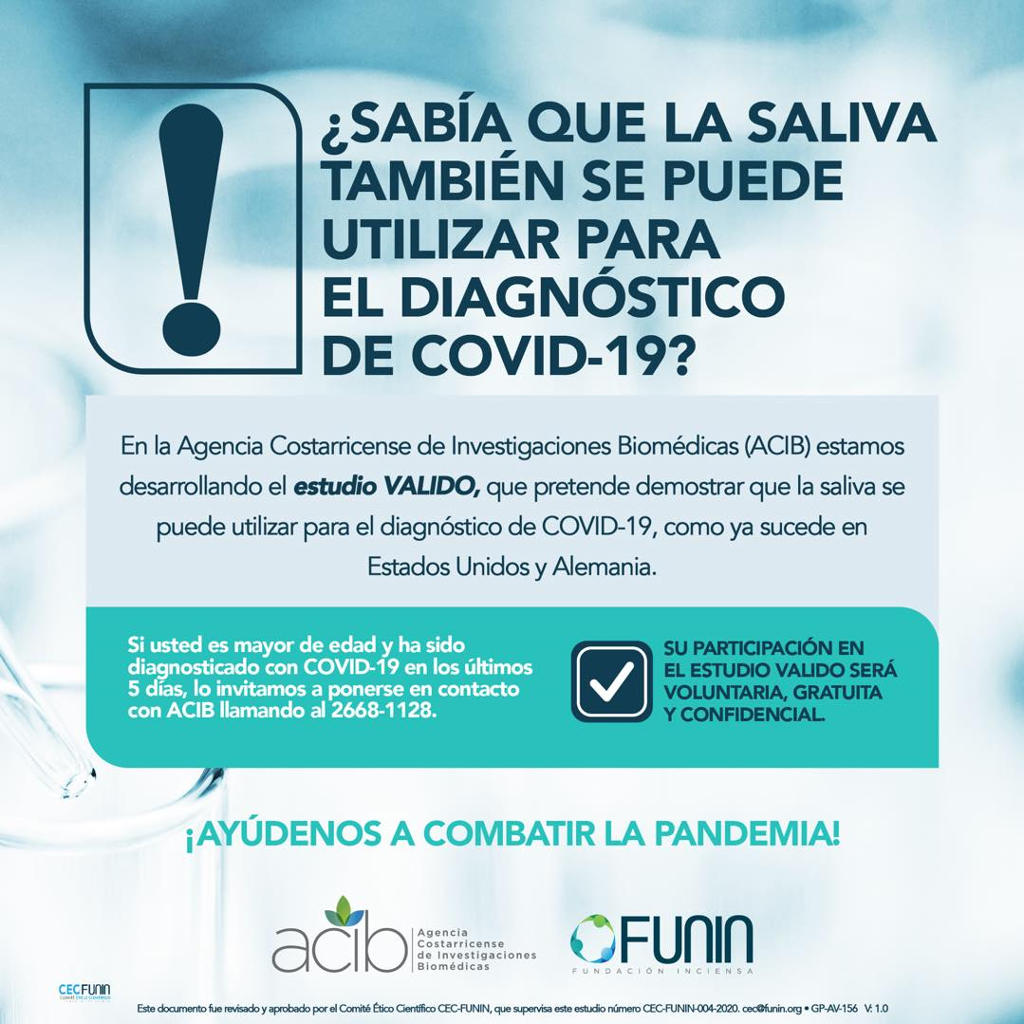 The Costa Rica saliva test to detect COVID-19 would also help in cases of malaria, zika and dengue

QCOSTARICA – On Friday, February 5, 2021, the Universidad de Costa Rica (UCR) held a virtual symposium in which mathematicians, biologists, communicators, doctors and microbiologists (national and international) met to discuss a transcendental issue: what is the scope? and importance of the new RT-LAMP test? 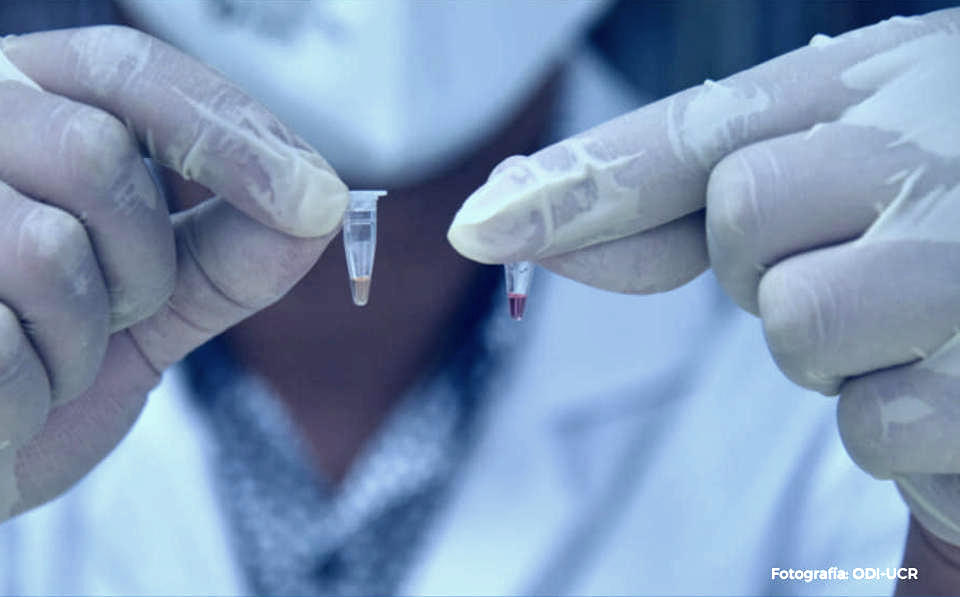 The RT-LAMP is a saliva test for the rapid diagnosis of COVID-19 and its development is currently led by the UCR, with the support of the Universidad Nacional (UNA) and the Tecnológico de Costa Rica (TEC) – the Technological Institute of Costa Rica.

This technology, which is progressing successfully, will allow results to be obtained in less than an hour, generate a lower cost and not need for sophisticated equipment to amplify the genetic material of the virus. In addition, the test does not require highly specialized health personnel to collect the saliva sample.

The symposium called “Enfoque transdisciplinario hacia el desarrollo de una prueba para la detección del virus SARS-CoV-2” (Transdisciplinary approach towards the development of a test for the detection of the SARS-CoV-2 virus), and was coordinated by Dr. Andrés Gatica Arias, professor at the School of Biology of the UCR and leader of the project research.

The event included talks on biotechnology, epidemiology, communication, laboratory tests, mobile applications and mathematical modeling for the prediction of contagion and case monitoring.

The symposium began with the contribution of Dr. Miguel Rojas, who made known the reality of biotechnological applications used to face the COVID-19 pandemic in Colombia, Costa Rica and Uruguay.

The expert also highlighted that the efforts in Costa Rica, such as equine plasma, plasma transfusion from COVID-19 convalescent people, antibody treatment and detection protocols for SARS-CoV-2 infection, are outstanding methods. in the fight against this pandemic.

However, the microbiologist recognized that there are certain barriers that limit the current development of these technologies. Among them is bureaucracy, difficulties for collaboration between public and private sectors, as well as regulations and little intra-regional cooperation.

“Latin America depends on imports of medical products, we are highly technologically dependent. We, as a region, have the human talent, but many professionals cannot be successful in our region. For this reason, it is important to make the change ”, concluded the researcher from the School of Biology of the Technological Institute of Costa Rica.

When it comes to COVID-19, Dr. Juan José Romero, from the UNA, said that it, covid-19,  is not just a simple pandemic.

“We are talking about a syndicate, we already had a pandemic of chronic diseases, diabetes, hypertension, obesity, and we are joined by a virus that takes advantage of these conditions to cause greater damage,” said Dr. Romero.

The problem does not stop there. In his talk, Dr. Romero mentioned that we are also struggling with other variants of the virus, of which he highlighted those originating in the United Kingdom, South Africa, Japan and Brazil.

The doctor stressed that this is a fight that is not won alone, pointing out the effort that our public universities are currently making to confront this syndicate.

“If it weren’t for these multidisciplinary jobs we could hardly get this out. The government’s crush has come to ruin a more appropriate approach to the disease, “Romero concluded.

RT-LAMP and its application in virus detection

As for the block on RT-LAMP technology, the event took an international turn with the experiences of Guatemala, the Dominican Republic and even Sweden.

Modesto Cruz, professor and researcher at the Autonomous University of Santo Domingo (UASD) located in the Dominican Republic, reviewed his experience with the RT-LAMP technique for the detection of malaria and arboviruses such as Dengue, Zika and Chikungunya.

“This LAMP technique stands out for being efficient and easy to use, it works for the detection of viral and bacterial agents. The technique shows results instantly and can be used in health centers that are difficult to access,” Cruz described the technique that scientists from the three Costa Rican public universities hope to use for faster detection of COVID-19 cases.

The previous advantage has already been taken advantage of in countries like Guatemala. Silvia Zúñiga, Karen Cifuente, and Nancy González formed the Comprehensive Health Management (GIS) group in order to collaborate with the Guatemalan government in cheaper and more accessible detection for laboratories in rural areas.

“Our goal is to implement a LAMP in-house, not commercial, where you can decide which reagents and enzymes to buy. Guatemala is already using kits from South Korea, it is a donated and limited technology. But with our LAMP they could make more volume of samples later ”, clarified Zúñiga, who is a molecular engineer.

Use of saliva for the detection of covid-19

The international bloc continued with the study carried out by Dr. Carlos Ortega in El Salvador, where it has experimented with the same people not hospitalized taking the saliva sample.

“Last year we saw the risk to which health personnel were exposed at the time of taking the sample in the nasopharyngeal swab. We saw that it generated higher costs, there was great complexity in biosafety suits and great logistics that could not be carried out by a single person,” said Dr. Ortega.

Dr. Ortega mentioned that this led them to try to simplify and find an alternative sample to speed up the process and reduce the risk for the person taking the sample and transporting it.

The Costa Rica saliva test to detect COVID-19 would also help in cases of malaria, zika and dengue