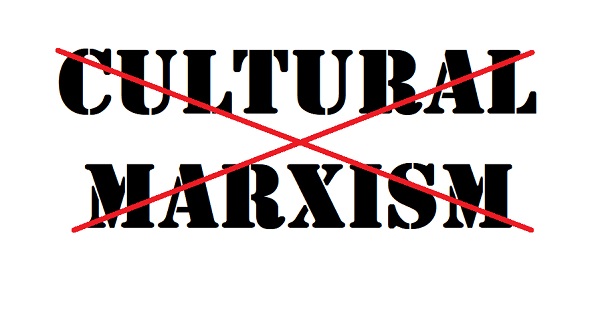 The Failed Ideology of Cultural Marxism

“Marxists get up early in the morning to further their cause. We must get up even earlier to defend our freedom” – British Prime Minister Margaret Thatcher, 1978

Last week, the Race Relations Commissioner Meng Foon released a report claiming racism against Maori has been escalating since the onset of Covid-19.

Whether any of those “online” complaints were generated by the activist group Action Station, which receives support from government funded agencies to professionally train “keyboard warriors” to roam the internet and disrupt those who speak out against separatism, is unknown.

While admitting that many of negative comments related to the illegal roadblocks being run by tribal activists, Meg Foon went on to claim, “All racism in Aotearoa began with colonisation and represents a contemporary extension of colonial suppression”.

It is totally unacceptable for the taxpayer funded Race Relations Commissioner to denigrate colonialism and settler descendants. Instead of healing the racial divide, through such misrepresentations of history, the Office is deepening it.

Such promotion of fake history is a real concern to historians like former MP Michael Bassett, who worry that the planned teaching of New Zealand history in schools is an exercise in ‘propaganda by those with axes to grind’:

“Students will be given a lop-sided picture of our early history if the curriculum ignores or romanticizes the pre-1840 period where several Maori tribes… killed between 40,000 and 50,000 Maori, approximately 25% of the total number of Maori in the country at that time, eating some, and enslaving others…

“In other words, ‘bleeding heart’ versions of our history which push the line that everything was lovely in Aotearoa until the colonists arrived, and that they were responsible for depriving Maori of their livelihoods, are telling dubious bits of the story. Maori had killed more Maori between 1810 and 1840 than the total number of Kiwis killed in World Wars One and Two combined.”

Please click HERE to make a submission on the draft curriculum – the closing date is 31 May.

The sanitisation of Maori history has become so extreme that activists are now trying to deny that Maori was a Stone Age culture prior to the arrival of the Europeans. At least, that’s what former MP and radio host John Banks discovered earlier this month, when he was dismissed by the Magic Talk radio station for making the Stone Age culture claim on air.

According to the Maori Council executive director Matthew Tukaki: “Maori culture was rich and strong before anyone else came along. We were growers of our own kai, cleaners of our own rivers, and developers of our own land. That is not a stone age culture, that is a sophisticated society.”

But the facts of history tell a different story: Maori was a Stone Age culture, for the simple reason that the technology associated with the production of copper, bronze, and iron – that transformed societies around the globe – had not reached Polynesia by the time those early immigrants set off for our shores.

In his 1907 book Maori and Polynesian: their origin, history and culture, Professor John Macmillan Brown of Canterbury University explains that Polynesia remained in the Stone Age until the arrival of the first Europeans: “First of all it remained in the Stone Age till Europeans broke into its isolated seas with their metal implements and weapons. It had no trace of any metals… the last migrations from the coast of Asia must have missed first copper or bronze, and then iron, by the merest accident… The Polynesian immigrants doubtless saw and felt the power of the new and incisive weapons… but they were driven off in their canoes without learning their use or the art of making them.”

This point was reiterated in an address given in 1956 by the Director of the Department of Maori Affairs, Tipi Tainui Ropiha, on the on-going difficulty some Maori were having adapting to European culture: “at the time of Captain Cook’s arrival in New Zealand, the Maori was still in the Stone Age, so when settlers arrived later he was asked to bridge the gap between 500 B.C. and 1800 A.D.”

The Director explained that those Maori that adopted western values advanced, while those who clung to traditional culture did not: “The result is that there is on the one hand a group of professional men, and on the other, another group very little removed from the living conditions which existed in pre-European days.”

In 2006, the author Alan Duff concurred: “a Stone Age societal model patently does not work in this modern world. When are we as a nation, starting with the Government, going to say enough is enough? To continue with the collective, whanau, hapu, iwi societal model is a fatal mistake. For in not developing individuality we continue down the declining slope of anonymity in a collective. Of no one willing to make decisions, especially unpopular decisions, for fear of standing out from the crowd, going against the collective will. Individuality is as fundamental to a society’s development as property rights.”

While their support for tribalism may well be holding back Maori families and creating disadvantage, it is convenient for iwi leaders and governments to blame colonisation and racism for the disparity.

In his paper Colonialism? Or Human Capital Development? this week’s NZCPR Guest Commentator Associate Professor Jeff Fynn-Paul of Leiden University in Holland has provided a new model for explaining tribal disparity that discredits the theory that colonisation and racism are to blame:

“The purpose of this essay is to provide an alternative to the current interpretation of the difficulties faced by modern indigenous and post-indigenous groups. In doing so, this essay aims to highlight the glaring oversights and misconceptions underlying the current model – and thereby to highlight the problematic nature of policies based on this model. As an alternative, this paper offers a more realistic interpretation of the historical roots of the current challenges faced by indigenous peoples. This is based on the simple concept of ‘Human Capital’, borrowed from microeconomics. In framing the discussion of indigenous policy in terms of human capital development, the essay paves the way for future discussions on the best policies to pursue in order to address the human capital-based skill gaps which are the true root of most of these challenges.”

The Professor explains that decades of failing policies have exacerbated the economic and social problems faced by tribal groups:

“According to the prevailing wisdom, the ‘plight’ of post-indigenous peoples is the fault of ‘European Colonialism.’ More specifically, of a variant called ‘Settler Colonialism.’ This theory originated on the far left of academia, but via social media, it has become so mainstream as to be virtually unquestioned either by journalists or by members of the general public.”

He warns, “Somehow, we have let these bitter academic misfits come to dominate our democratic discussion not only of the indigenous past, but also of the post-indigenous present and future. It is high time that we sweep such toxic negativity out of our political discourse, and turn to a set of solutions which are based on a) scientific facts, b) economic reality, c) a genuine belief in good-faith dialogue, and d) the genuine possibility of progress.”

The Professor explains the ‘exploitative’ model being used is Marxist:

“The real danger of Marxism always lay in a combination of three factors. First, it used an essentialist logic to posit insurmountable difference between arbitrarily defined ‘groups’ in society. Second, it posited that under the current ‘system’ it was inevitable that these two groups would come into conflict. Thirdly, and most dangerously of all, it held that the current ‘system’ had so corrupted the minds of the masses, that they would inevitably vote for non-enlightened (i.e. non-Marxist) candidates in an open election. Thus, Marxist intellectuals justified a course of action whereby they, the enlightened few, could sidestep the parliamentary process, and declare a ‘dictatorship of the proletariat,’ until such a time as they could re-educate the masses to agree with them. As anyone with a modicum of historical awareness now realizes, any system in which a group of self-appointed ‘right-thinking’ people attempt to justify extra-parliamentary action, will lead to an extra-parliamentary government. A.k.a., a dictatorship.”

Professor Fynn-Paul describes this ‘extra-parliamentary action’ taking place in our country – namely the power grab by tribal leaders – as “Apartheid”:

“In New Zealand, this is fuelling calls for an allotment of political power based on race – a new Apartheid if ever there was one – between Maori and non-Maori peoples. This line of thinking further holds that anyone who speaks out in defence of democracy, capitalism, and western culture is a brainwashed or ‘privileged’ menace to all that is right.”

Importantly, he believes those driving this dangerous agenda do not want the public to realise that it is straight out of the Marxist playbook:

“The main thing I can caution on this score is this: the left naturally wishes to disavow its debt to Marx’s model of perpetual ‘struggle’ and ‘exploitation,’ when propagating its Settler Colonialist ideas. It is terrified that the political centre will adopt the term ‘Cultural Marxism’ to label a dangerous theory which is just that – it is a Marxist, antidemocratic interpretation of how cultural problems work. So I would strongly advocate that we call it what it is: if it looks like a duck, and walks like a duck, if it does not believe in dialogue or progress, but insists on gagging debate, or the inevitability of violence and struggle – then yes, it’s probably too Marxist to be the basis of mainstream political discourse. Let alone the basis of real-world political policy.”

Professor Fynn-Paul explains that it is a lack of human capital that is the root cause of Maori disparity, and that the left is “dangerously wrong” in pushing us backwards by blaming colonisation:

“Their theory is based on an outdated, angry, illogical, and anti-democratic assumptions about how society and history function. It creates opportunities for indigenous elites to ‘influence capture’ out of all proportion to what they should rightfully be able to claim in a modern democratic society. And it encourages a re-racialization of society, when most of us realize that we should be moving towards post-racism. It creates a haven for anarchists, and encourages young people to loot and burn, rather than learn valuable skills. While this type of quasi-Marxist thinking may be prevalent in sociology departments of universities, it is a terrible, highly damaging basis for a realistic and progressive post-indigenous policy.”

It’s not colonisation and racism that is holding back disadvantaged Maori families, but tribalism and the failed ideology of Cultural Marxism.

In a modern economy, where productivity and efficiency are paramount, tribalism is a pathway to financial ruin for most – except, of course, the tribal elite.

Instead of embracing Cultural Marxism and attempting to transform New Zealand into a socialist enclave of United Nations idealism, the Prime Minister should focus on what works – human capital development and the promotion of the Kiwi success values of hard work, enterprise, and personal responsibility.

*Does New Zealand need a Race Relations Commissioner?
Note: Please feel free to use the poll comments to share your views on any of the issues raised in this week’s newsletter.

The Failed Ideology of Cultural Marxism