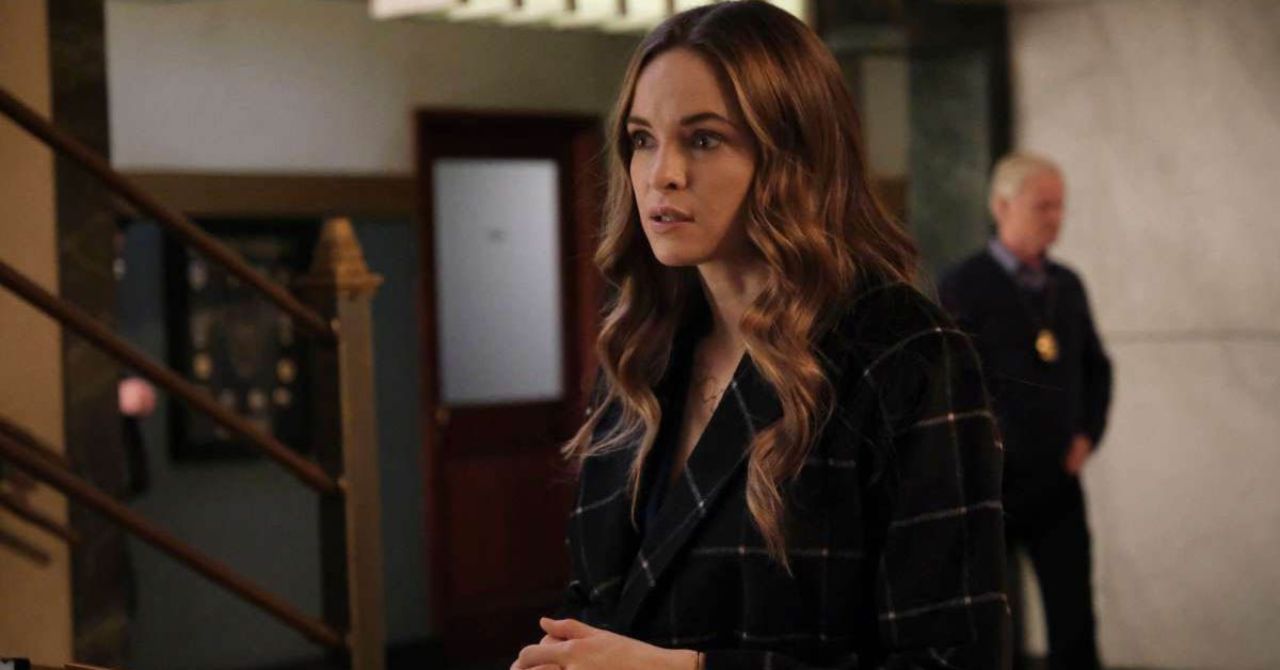 The Flash Recap: Everything You Missed in "The People V. Killer Frost"

Last week on The Flash, Frost (Danielle Panabaker) turned herself in and plead guilty for the crimes she committed as Killer Frost and all of Team Flash braced themselves for her sentencing. However, while Frost is ready to make ammends, Kristen Kramer (Carmen Moore) has other ideas and it may not go well for Frost. With the stakes high, Caitlin (also Danielle Panabaker) is determined to find a way to save her sister while Barry (Grant Gustin) tracks down a lead on the Strength Force with Speed Force Nora (Michelle Harrison) in tow.

At STAR, Team Flash talks about Frost's upcoming sentencing. She's facing serious time, but her heroics over the past four years could mitigate things. Frost is prepared to pay for her crimes. They get an alarm that the Strength Force is in the area. Barry and Speed Force Nora take off. However, they don't find Fuerza. Instead, they find a nonprofit set up, Keystone Cares.

In Keystone, Barry and Speed Force Nora can't find Fuerza. Speed Force Nora thinks the Forces are all dangerous. Iris disagrees. They eventually get another hit for the Strength Force and end up meeting meeting Alexa Rivera, a seemingly normal human who runs Keystone Cares. Alexa tells Barry that she used to be an addict, but she's turned her life around. She also says she's not a metahuman. Speed Force Nora interferes though, and Alexa refuses to have anything to do with them.

Court is in sesson

In court, Cecile makes her case for Frost, but the State wants to have Frost's powers erased instead of prison. The State wants to court to order Frost to take the metahuman cure. Kramer's argument is that since felons can't have weapons, Frost can't have her powers which are her weapons. The prosecution is also not seeking jail time anymore. The problem with Frost taking the cure is that because she's made differently than most metahumans, the cure may actually kill her. Joe is suspicious of Kramer.

Cisco, Caitlin, and Allegra start to plan how to save Frost. They go to the police station and while Caitlin distracts, Cisco loops the cameras and Allegra tries to break into the Armory to neutralize the cures, but Kramer shows up. Allegra claims she's there for an interview. Her bluff works. Caitlin completes the mission.

Not according to plan

Back in court, Joe testifies on Frost's behalf. The judge claims she is ready to give her verdict, but the State tries to claim Frost destroyed the cure. Caitlin owns up to what she did, but the State continues claiming it was Frost and now the State wants to use a version of the cure replicated by ARGUS. Cecile says they just lost their case.

Frost talks with Caitlin alone. Their mom gets in touch with Caitlin and lets her know that the cure won't actually kill Frost which Caitlin thinks is great, but Frost doesn't want to lose her powers or who she is. Caitlin is terrified of living without Frost, but Frost says if she takes the cure Caitlin will lose her.

At the police station, Frost and Kramer meet. Frost wants to know why Kramer hates her. Kramer, it turns out, hates metahumans who she says "pretends" to be heroes. She lost her entire platoon to a metahuman who betrayed them. Kramer wants to force Frost to take the cure to set a precedent so she can force any metahuman accused of a crime to take it as well. Frost later realizes the ramifications this will have for all metahumans.

The Flash goes to see Alexa, but she already knows why she needs to be tested. She already suspects that she's Fuerza and it's traumatic for her. The Flash convinces her to come with him and find out for sure about herself.

Before the court renders its sentence, Frost speaks. She says that taking away powers isn't the same as taking a weapon, it's saying someone is born bad and that different can't be cured. Justice should be based on change, not on how someone was born. Frost then tells the judge that she is submitting a request to be sentenced to life in prison without parole. Kramer objects, but Cecile quotes the State's original intent. The judge decides not to set the precedent of the use of th cure and sentences Frost to life in prison without parole and Kramer is obviously angry.

Goodbyes and the truth

Kramer goes to see Joe before she leaves and tells him that she respects him. Joe says the feeling is mutual, even if he sometimes despises her methods. He also tells her to always make sure she's checking what side of the line she's on.

Frost is taken away in handcuffs. Caitlin goes home to an apartment without Frost.

At STAR, they run the test on Alexa but even though it's not meant to trigger her, the test begins to. Alexa is Fuerza and she's terrified, but Speed Force Nora attacks her. She then turns on Iris as well, seeing Iris as a threat keeping Barry from doing what she wants him to. She then takes the power from Barry as he goes to save Iris and uses it to kill Alexa and tells him it's time to choose a side.

The Flash Recap: Everything You Missed in "The People V. Killer Frost"