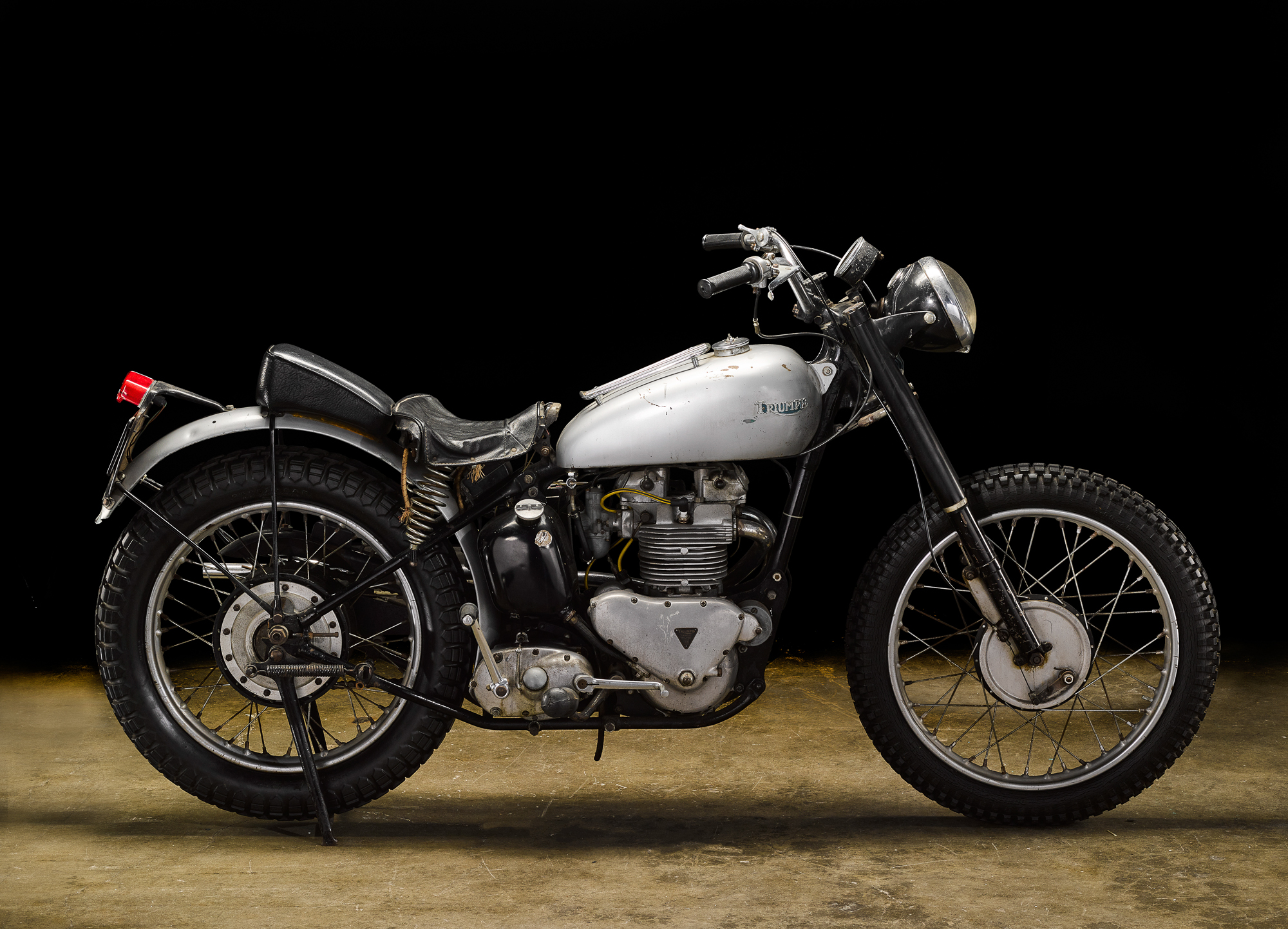 I was a young little tyke when Happy Days was popular, but I remember watching the show on one of those TVs that was the size of a small car. It had antennas on top that we had to move from time to time to get better reception. I suppose I thought the Fonz was cool, like everyone else did, but I had more of a crush on Richie Cunningham (Ron Howard).

The motorcycle the Fonz used on the show recently made headlines as “the most valuable Triumph motorcycle sold at an auction.”

According to Triumph’s press release, the 1949 Triumph Trophy 500 Custom was, “originally customised for the television show by famous Hollywood stuntman Bud Ekins” and was “a regular feature during its ten-year run.” When Happy Days went off the air, the motorcycle was left untouched until it was rediscovered in 2000 by motorcycle journalist Wendy F Black. Recently,  the San Diego Automotive Museum featured it in an exhibit. Here’s more from Triumph:

Arguably one of television’s coolest motorbikes, the Triumph was offered in the Bonhams TMC Presents … Hollywood Cool sale where it raced past its pre-sale estimate of $50,000 – 70,000.

Not only has this motorcycle set a new Triumph motorcycle auction world record, it is also one of the top 100 motorcycles ever sold at auction, joining other Bonhams sales including a 1932 Brough Superior 800cc Model BS4 Project which made $480,000 in 2016, and the ex-Tony McAlpine, Jack Ehret, Australian Land Speed Record Breaking 1951 Vincent 998cc Black Lightning which achieved the exceptional sum of $929,000 in 2018, the most valuable motorcycle ever sold at auction – a record that still stands.

Other lots in the TMC Presents … Hollywood Cool sale included a pair of mechanic overalls as well worn by Henry Winkler in the television show together with the leather jacket and biker boots that completed The Fonz’s signature look. 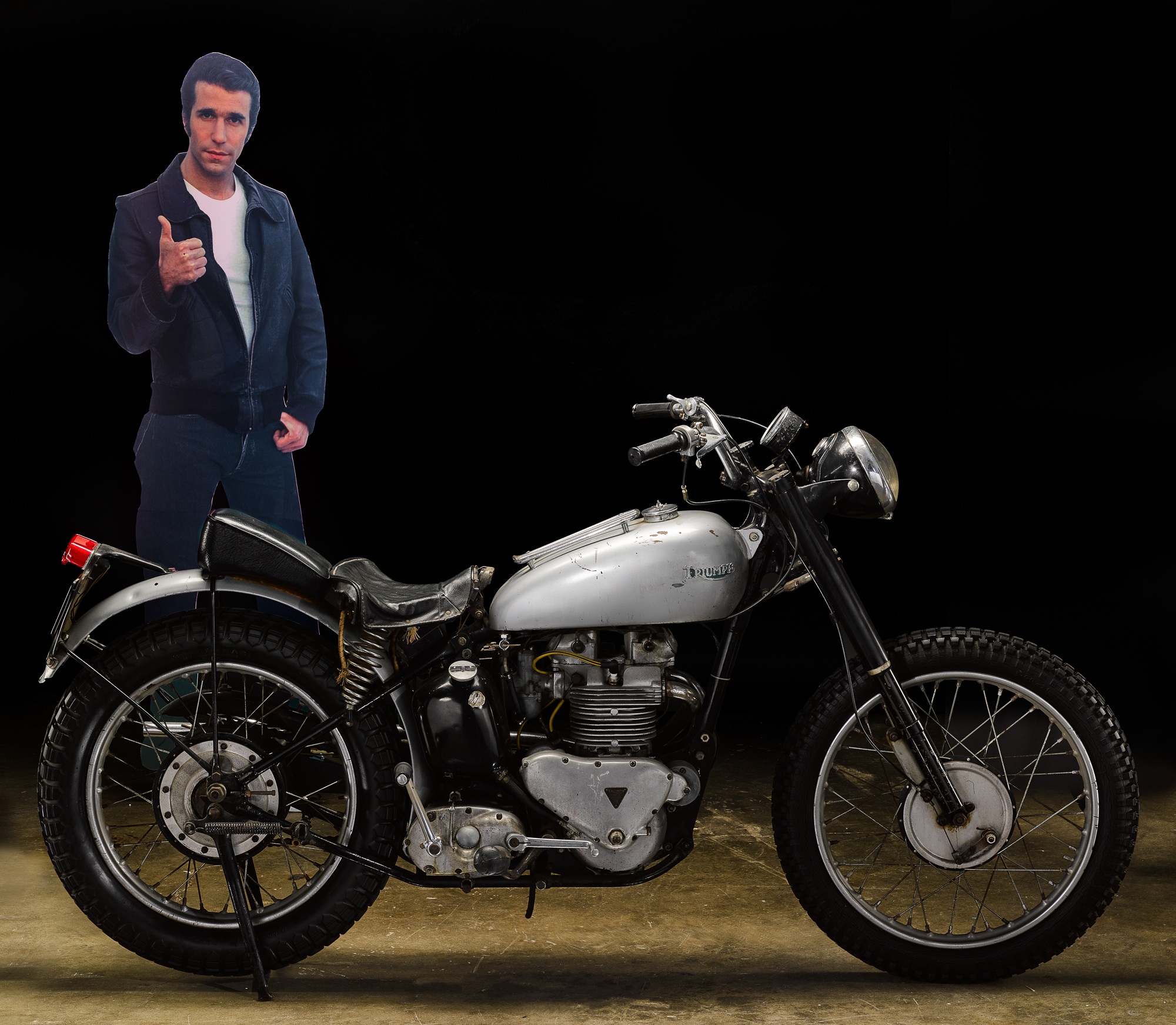