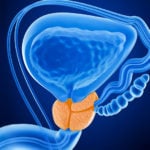 The Future of Prostate Cancer Screening Is Here

Next to skin cancer, prostate cancer is the most common cancer in American men. The American Cancer Society® has estimated that there will be around 192,000 new cases of prostate cancer and close to 33,330 deaths from it this year.

Prostate cancer typically occurs in men over 50 and is most commonly diagnosed in men in their 70s. And according to the National Cancer Institute, African-American men are more likely to die from this disease than any other racial group.

The American Cancer Society® reports that more than 3.1 million men in the United States who have been diagnosed with prostate cancer at some point are still alive today.

Most newly diagnosed prostate cancer is considered low-grade (where tumors grow slowly and rarely spread) and only needs to be monitored using a strategy called active surveillance. On the other hand, more aggressive cancers can grow and spread. But if caught early, these cancers are easy to treat.

Why prostate cancer screenings are important

What is a PSA test?

PSA is a protein that can be produced by normal and malignant cells in the prostate gland. A PSA test is a way to determine how much of this protein is present in a man’s blood. An elevated level of PSA is frequently due only to noncancerous prostate enlargement, but it can indicate the presence of  prostate cancer.

The trouble with PSA testing

“PSA testing has been shown to reduce the death rate due to prostate cancer in men who are screened and to reduce the need for treatment of metastatic disease,” says Eric Klein, MD, Chair of Cleveland Clinic’s Glickman Urological & Kidney Institute. “However, it has some limitations. One limitation is that it can’t distinguish between non-cancerous prostate enlargement, which is the most common reason a PSA might go up, and prostate cancer.”

The development of the IsoPSA® test

In 2015, the Cleveland Clinic partnered with Cleveland Diagnostics, Inc. to develop a more comprehensive PSA test. The test, known as IsoPSA®, can help zero in on molecular structural changes in PSA protein instead of just focusing on the concentration of PSA in the blood. Dr. Klein explains.

“IsoPSA® is a test that has better accuracy for predicting whether or not someone has prostate cancer that needs treatment. When it’s used clinically and we have a worrisome PSA — where it’s not clear whether a case involves non-cancerous prostate enlargement or prostate cancer, IsoPSA® can help physicians determine whether or not a biopsy is necessary. If the test is used as intended, many men who would normally undergo a biopsy will be able to avoid one.”

The studies have been promising

A preliminary study from 2017 showed that IsoPSA® outperformed traditional PSA testing in predicting the overall risk of prostate cancer and the risk of clinically significant cancer. For this study, the test was given to 261 men who were scheduled for prostate biopsies at five U.S. academic and community centers between August 2015 and December 2016.

A validation study published in 2019 revealed that when used in a clinical setting, IsoPSA® could reduce unnecessary prostate biopsies by more than 40% while reliably determining the presence of high-grade disease.

IsoPSA® has been fast-tracked by the FDA

IsoPSA® received breakthrough device designation from the U.S. Food & Drug Administration in late 2019. This distinction is expected to help speed up the regulatory process so that the test can be made widely available.

As for now, IsoPSA® will be implemented at the Cleveland Clinic health system’s Ohio locations. Dr. Klein and his team will be examining best practices and efficiencies for the test’s clinical application and trial process. He is excited about what IsoPSA® can offer providers and patients because when it’s used correctly, the test can provide important data that makes the conversation about prostate cancer biopsies a little easier.

“People are excited by this,” says Dr. Klein. “The science behind IsoPSA® is different from other tests on the market. That’s what makes it so thrilling. We believe that IsoPSA® is a better measure of the biology of prostate cancer, and that may make it more accurate.”

The Future of Prostate Cancer Screening Is Here