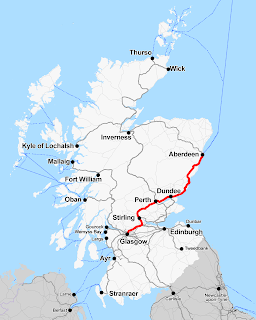 The Glamour Of Television


On Monday I got an email asking me if I was free the following day to do some filming and could I call them back. It was a very noisy clinic  and the girl on the other end sounded as if she was doing aerobics  in a wind tunnel at JFK, so I think I might have misheard.  I looked at the diary, it was a busy day at work that day  but I was free the following day after 1pm and the BBC is in Glasgow, they wanted me there for half one. That  was doable.

I said yes, then I realised they were talking about the BBC as in the 'B' C, the B being for British so not BBC Scotland . And I was wanted in Aberdeen. Cold, cold Aberdeen. 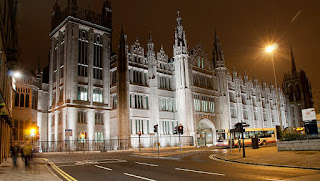 
That’s a good four hour drive  away. So there was a hasty re arrangement of the Tuesday clinic, a late night at work on that Monday then up at 6 to drive up to Aberdeen, dropping off a very confused dog at an equally confused 84 year old on the way. 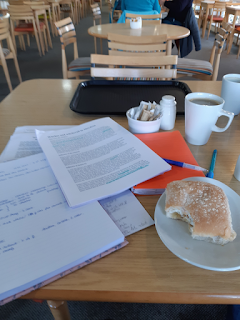 There was very hasty printing off of the notes they had sent me. We stopped at Peggy Scotts half way up for breakfast where I  made notes from the notes and for three hours, I was quite expert of James The 6th And 1st and his misogynistic  war against witches in 1595. 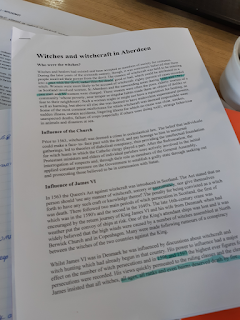 One the drive there was sun, rain, snow, blizzard,  fog, more snow , more rain. We were in Aberdeen before the locusts and plague arrived. 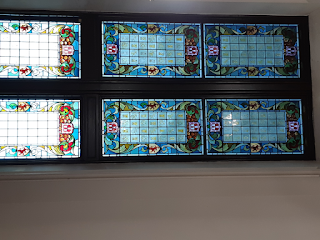 The stained glass of the museum archive


At the reception of the council, I  joined the runner Scott who I had met before. His bag was full of sandwiches and water that had been requested by the rest of the crew. Then Phil Astley the archivist, came down to get us as  we needed to walk through some locked doors and we were trusted to do this alone.  Phil was lovely, a quiet academic man who was passionate about his subject, old books and records up the achieve room, books looked out ready on little stands for us to peer over- witchcraft,  the penal records, and how naughty Aberdonians were given the choice ; be flogged on a monthly basis in the town square for ‘a period of time’  or go to the plantations  in the USA. 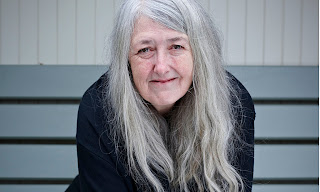 I was appearing on the Front Row Late, a cultural show ( yes I know, not really my natural thing - culture! ) with academic Dame Mary Beard.  I was supposed to be chipping in about the societal issues of the female as she inhabits the crime novel, or something like that. I had a wee talk prepared things I wanted to say but didn’t say any of that. I found the exhibits we were looking at too fascinating.

I didn't say anything about anything I had read in the notes.


Mug shots of people who  looked 60, and were  23.  One woman's societal  issues were that she had been raped, was emaciated, pregnant and the baby died, so she was charged with killing her child, or not allowing it to thrive.  Her defence council made a good case, the judge was sympathetic so she only got five years.


Five years for  basically being a victim. 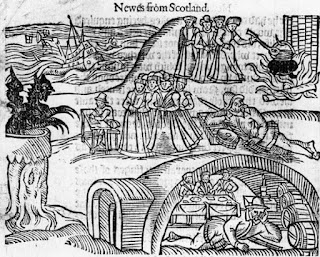 The archives were incredibly interesting, I found myself covering the lower faces of the mug shots, looking at their eyes. Some were troubled, some were defiant, some were ‘oh here we go again’. One was … well her expression....? What was it?  A pretty young girl, found living with a man who was married to somebody else…. Her face was  unfathomable, as if she had a trick up her sleeve and she was going to get off as soon as she had stopped posing the long time of the camera exposure. Mary and I both commented on it.


It took  two hours to film something that will take up 5 minutes on the programme, probably less than a minute of me. 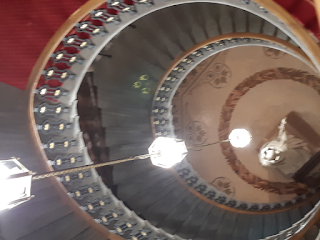 I rather like this picture. I'll let you ponder what actually is!


We looked at each item chatted, moved the mics, clapped to restart  filming,  looked at more things, specs on specs on for continuity, more looking,  pointing,  pretending to talk to each other,  say what we had for breakfast. We walked in, we walked out the from, through the jail gate and the safety vault door, we nodded, we looked interested, we said various lines  again to one camera and then to the other.


All the time the flagstone floor was chilling my body from the bottom up.

We left Aberdeen at 4, was back home at 8….  Cold,  frozen to the bone, glad to see the slightly warmer rain of Glasgow.

Oh and Mary was very interested  in my fact that so much crime fiction is read in cold countries. So she's no away to read some bloke called Michael Stanley,as she had been reading about him on this
very  blog.

The Glamour Of Television