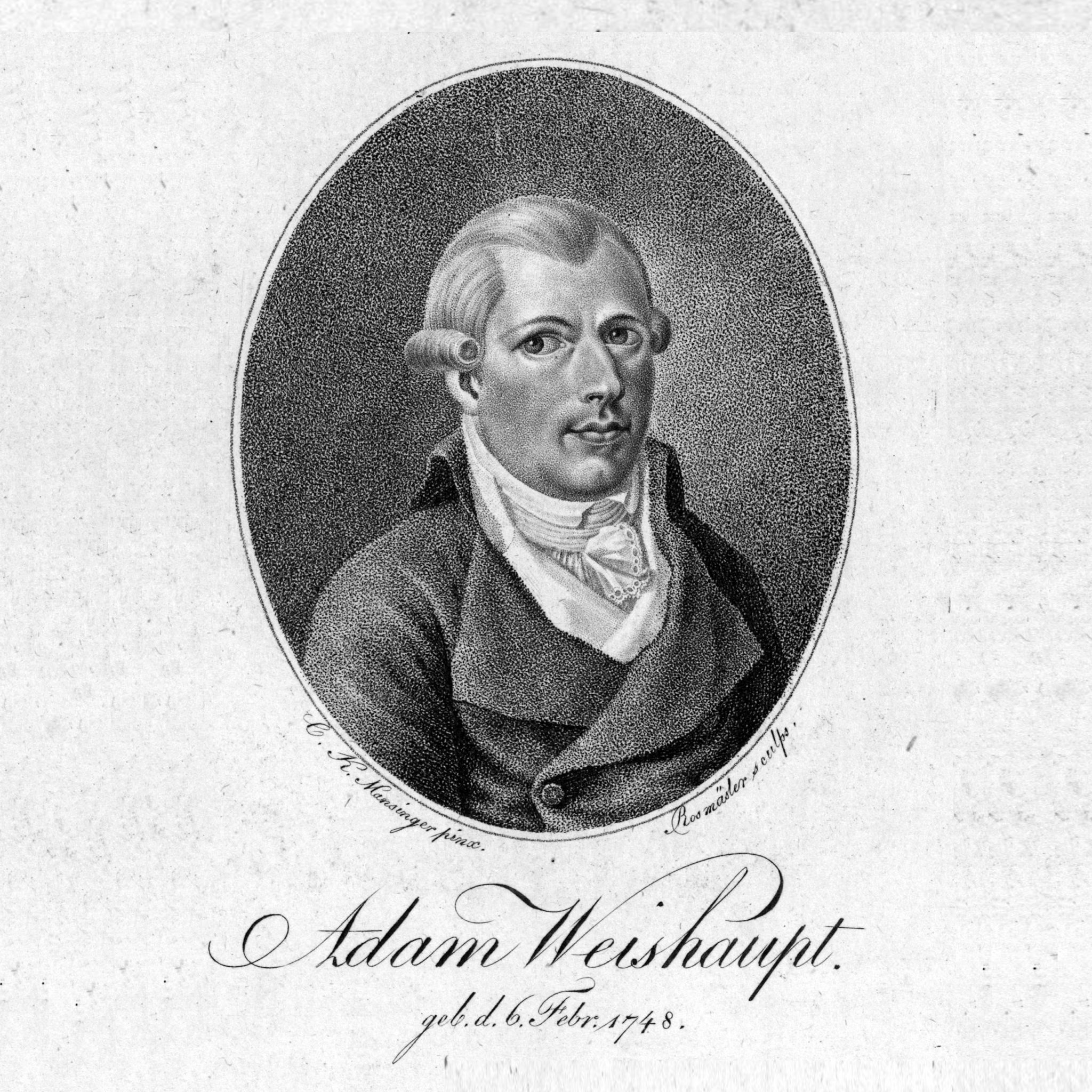 The history of the Illuminati

The history of the Illuminati dates back to the late 18th century, when the Bavarian Illuminati was founded by Johann Adam Weishaupt in the Electorate of Bavaria.

Adam Weishaupt was a professor of Canon Law and practical philosophy, who became a non-clerical professor in the Jesuits, an order that was dissolved by Pope Clement XIV in 1773 with the issuing of the papal brief Dominus ac Redemptor.

Weishaupt became deeply anti-clerical, resolving to promote the spread of the “Enlightenment”, an intellectual and philosophical movement that promoted ideas based on the pursuit of knowledge obtained by means of reason and the evidence of the senses, human happiness, fraternity, liberty, toleration, and the separation of church and state.

Following a system of ranks and grades based on Freemasonry, Weishaupt founded a quasi-masonic society in 1776 called the Bund der Perfektibilisten, or Covenant of Perfectibility (Perfectibilists), but this was later changed to the Illuminatenorden, or Order of Illuminati in 1778.

The founding members adopted the Owl of Athena as the groups symbol, with each member taking an alias. Weishaupt took the name of Spartacus, whilst his students Massenhausen, Bauhof, Merz and Sutor took the name of Ajax, Agathon, Tiberius and Erasmus Roterodamus.

Weishaupt joined a Masonic lodge in 1777, where he used Freemasonry to recruit new members to his society, by promoting his own agenda as pure masonry based on “perfecting human nature” through re-education for achieving a communal state with nature, free of government rule and organised religion.

The succession of Charles Theodore to the Dukedom and Prince-Elector of Bavaria in 1777 had initially led to a liberalisation of attitudes and laws, but courtiers and clergy persuaded the monarch to repress liberal thought, leading to resentment amongst the educated classes that provided a perfect ground for the Illuminati to find new members.

Recruitment focused on candidates who were rich, had an interest to advance through education, and those who had influence or positions in society and other Masonic lodges. Christians of good character were actively sought, but Jews, pagans, monks, and women were excluded from membership.

At this time, the Order had three grades of membership, the Novice, Minerval and the Illuminated Minerval, for which favoured members were inducted into the ruling council, or Areopagus. In 1782, Adolph Freiherr Knigge, a leading member and spokesman of the Order reformed the Illuminati with a new system of grades arranged in three classes: The Nursery, The Masonic Grades (Apprentice, Companion and Master) and The Mysteries.

By 1784, the Order reached somewhere between 650 and 2,500 members (including masonic lodges the Illuminati supposedly controlled), with powerful benefactors amongst the ranks such as Karl August, Grand Duke of Saxe-Weimar-Eisenach, Ernest II, Duke of Saxe-Gotha-Altenburg, Duke Ferdinand of Brunswick-Wolfenbüttel, Count Metternich of Koblenz and Count Pálffy von Erdöd, chancellor of Hungary.

Weishaupt wished to keep the existence of the Order secret from the Rosicrucians (a competing movement that promoted mysticism and esoteric wisdom handed down from ancient times), but this did little in deterring the Rosicrucians from openly declaring the Illuminati as a masonic sect which sought to undermine Christianity by following atheism, and turn Freemasonry into a political system with revolutionary tendencies.

As the Illuminati embraced Freemasonry and expanded outside Bavaria, the council of the Areopagites was replaced by an ineffective “Council of Provincials”. The Areopagites, however, remained as powerful voices within the Order, and began to bicker causing internal dissent with Weishaupt, who privately slandered his perceived enemies causing the Order to fracture.

The decline of the Illuminati was brought about by the indiscretions of some members, who criticised the monarchy resulting in the Orders existence becoming more widely known, along with the names of many important members. The Order was also blamed for several anti-religious publications and writings interpreted as seditious, resulting in Charles Theodore and his government banning all secret societies in 1784.

In response to the government edict, Weishaupt fled, leaving behind the Orders documents and internal correspondence, which was seized and made public in 1787, causing the Illuminati membership to fracture.

Between 1797 and 1798, Augustin Barruel’s Memoirs Illustrating the History of Jacobinism and John Robison’s Proofs of a Conspiracy publicised the theory that the Illuminati had survived and represented an ongoing international conspiracy, including the unsubstantiated claim that the Order was behind the French Revolution.

Several modern-day fraternal organisations claim to be descended from the original Bavarian Illuminati, openly using the name of “Illuminati” or the “The Illuminati Order”, but there is no known provenance or historical connection to suggest that these modern entities are associated with the historic Order.

The history of the Illuminati