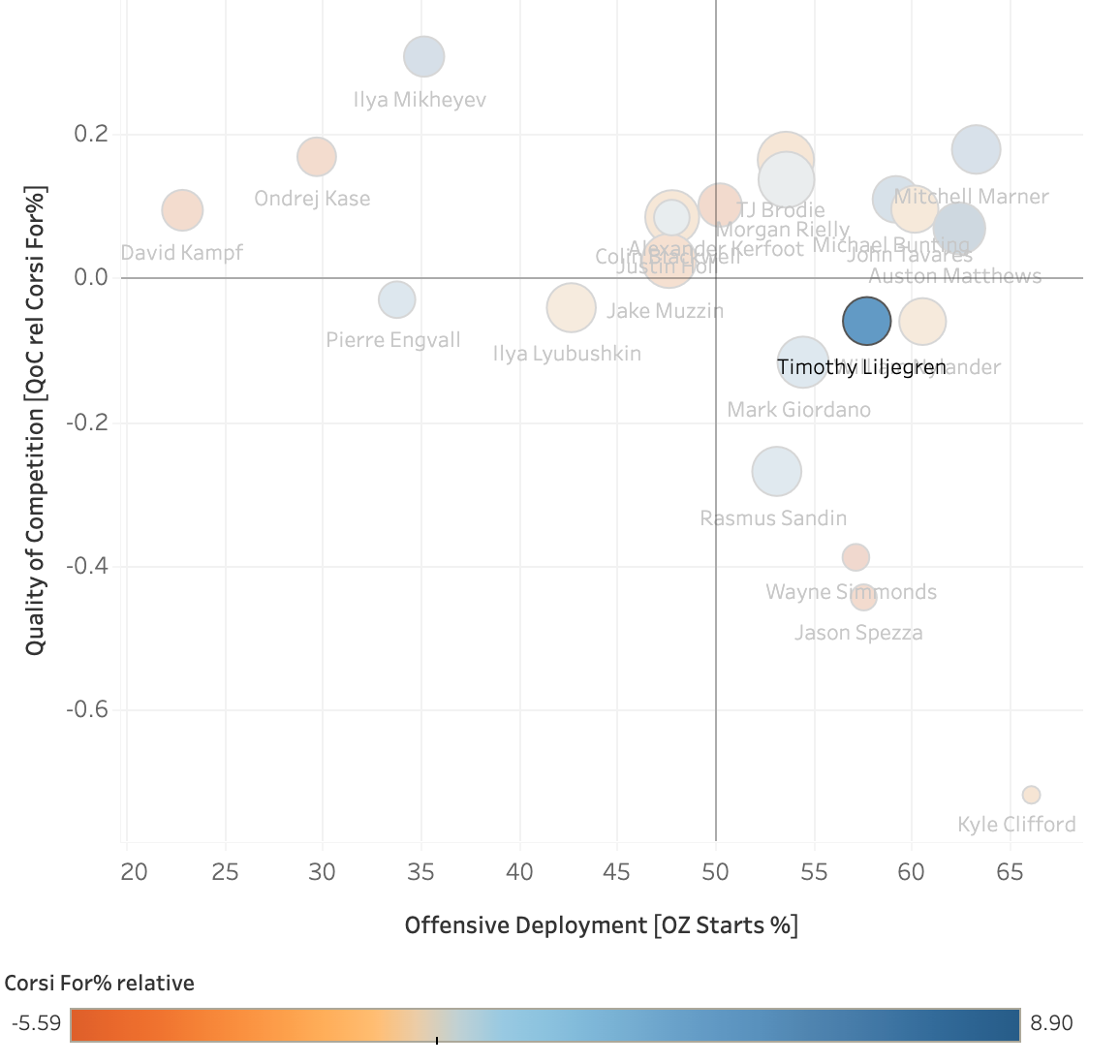 The Journey: Arthur Kaliyev and the Shot-Happy Freshmen

Welcome back to The Journey, where we follow hockey prospects and their paths to the NHL, providing fantasy predictions and analysis along the way.

Something that has jumped out about rookie performances this year is that Arthur Kaliyev (LAK) has taken a whopping 11.6 shots/60 so far. That places him first among rookies and 14th overall league-wide in that category, nestled between known triggermen like Brady Tkachuk, Kyle Connor, and Kirill Kaprizov. If Kaliyev maintained that shot rate with an additional five minutes of ice per night, he'd be sitting well above three shots per game—up from the 2.5 he's at now. On top of that, if his shooting percentage increased from the 7.6% it's at currently into, say, the 15% range that is pretty common for snipers like him as he gets more comfortable in the league, he would have 26 goals right now. His low PDO (984) indicates he's been a bit unlucky so far, suggesting his shot percentage is likely to increase over time.

This is a player with a demonstrated penchant for goal-scoring in junior, and he seems to be putting it all together already at the top level. Get your Kaliyev stocks now if you can.

Inspired by Kaliyev, let's take a look at shot data from other promising rookies in the NHL this year and see what insights we can glean from that. We'll use the Frozen Tools Report Generator for all of this digging, by the way; it's the most advanced publicly available database for hockey stats and has a ton of filters and useful categories. If you haven't yet, go play around with it now. Make sure you hit the "more stats" button at the top to see the impressive range of filters.

The rookie leader in shots per game used to be Kaliyev (2.5) but is now Cole Caufield (MON) with 2.7—a remarkable feat given that he didn't explode offensively until Martin St. Louis took over as the Canadiens coach in early February. Caufield went from 2.4 shots/game under Dominic Ducharme to exactly three shots/game so far under St. Louis. Other rookies averaging over two shots/game include Trevor Zegras (ANA, 2.4), Lucas Raymond (DET, 2.3), Matt Boldy (MIN, 2.3), Moritz Seider (DET, 2.2), and the ageless wonder, Michael Bunting (TOR, 2.1). Shot volume alone can only tell you so much (more on that later) but it can still be a useful metric for ballparking which players stand the highest chance of ending up with strong goal totals.

Using per 60 stats can give you an advantage over the average fantasy player who simply sorts by season-long totals or even averages. Players, especially young players, often aren't getting the ice time to be putting up impressive totals but per 60 stats reveal who is likely to show up near the top of the totals column in a year or two.

Sorting the rookie crop by Shots/60, other notable names include Connor McMichael (WAS, 8.9), Cole Sillinger (CBJ, 8.3), Alex Newhook (COL, 7.5), Seth Jarvis (CAR, 7.0), Philip Tomasino (NAS, 7.0), Dawson Mercer (NJD, 6.9), Anton Lundell (FLA, 6.9), and Vasily Podkolzin (VAN, 6.9). As with Kaliyev, you can expect all these players to become reliable shot-producers for your fantasy squad once they settle into their roles and start earning more consistent ice time.

A tidbit from Fluto Shinzawa (Bruins beat writer for The Athletic) that has stuck with me since last year is when he explained Jake DeBrusk's struggles on the Bruins' power play by pointing to his lack of proficiency with tipping the puck. DeBrusk has played the net-front bumper role on the Bruins at times but hasn't had consistent success because he isn't great at redirecting pucks shot from the point—versus someone like Joe Pavelski who is among the best to ever do it and can seemingly get his stick on a puck from anywhere.

These rates suggest that Jeannot, Bunting, and Jarvis have above-average hand-eye coordination and understand where to be on the ice to be able to get their puck on a teammate's shot.

Drilling down deeper into Jarvis's shot percentages by type, it's clear this guy has a wicked wrist shot too and is a sniper in the making. Almost 20% of his wrist shots resulted in goals, and almost half of his total shots were wrist shots from within 30 feet of the net. In other words, if Jarvis gets close to the net, he has an excellent chance to either tip the puck home or snipe it in himself.

Jeannot stands out here too for the same reasons: aside from Rem Pitlick (MON), Jeannot has the highest total shooting percentage among rookies at 20.7%. Looking at wrist shots in particular, Jeannot slides in right behind Jarvis with 18.6% of his wrist shots resulting in goals. He too takes the vast majority of his shots from within 15 or 30 feet of the cage and is clearly dangerous in tight. The issue with him, as noted in the midseason Calder survey, is that he's being used in a third-line checking role. He doesn't get very many offensive zone starts or reps with the man advantage, which suggests some scoring regression is inevitable. He'll still be a very useful, unique player in fantasy but it would be surprising to see him produce at or above his current 50-point pace moving forward without a change in his deployment.

As referenced above and seasoned fantasy players are well aware, not all shots are created equal. A lazy wrister from the point, for instance, is much less likely to result in a goal than a wrister from the hash marks even though both are recorded on the scoresheet as a single shot. What's neat about xG is that it accounts for shot quality. If a player has a high xG, that means they're consistently generating high-danger scoring chances. Even if their goal totals aren't that impressive yet, a high xG indicates that the goals will come sooner or later.

At the top of the xG/60 rookie list are many of the usual suspects (Bunting, Jarvis, Lundell, Kaliyev, Zegras, McMichael, Raymond, Boldy) but also a couple more surprising names that are worthy of note: Timothy Liljegren (TOR, 3.21) and Sean Durzi (LAK, 2.73). Both defencemen have established themselves as solid options on the back end with their respective teams over the course of the year. Liljegren is on a 46-point pace over the last 25 games and Durzi, who has been a bit unluckier in terms of PDO, is on a 36-point pace. Durzi has been seeing almost half of the Kings' available power play time, which is a situation to monitor moving forward, but Liljegren's production is even more impressive given that he's seen almost no time with the man advantage.

Liljegren has been driving play well in a somewhat sheltered role. He's found success with both of his most common partners, Rasmus Sandin and more recently Morgan Rielly: both partnerships are pushing a 60% CorsiFor, meaning that the Leafs are dominating in terms of shots for versus against when Liljegren and his partner are on the ice. Over half of his shots have come from over 30 feet from the goal but his high xG/60 rating suggests that he is skilled at delivering high-danger chances from distance—an ability that bodes well for him getting a chance on the power play with the Leafs elite forwards in the future.

The Journey: Arthur Kaliyev and the Shot-Happy Freshmen