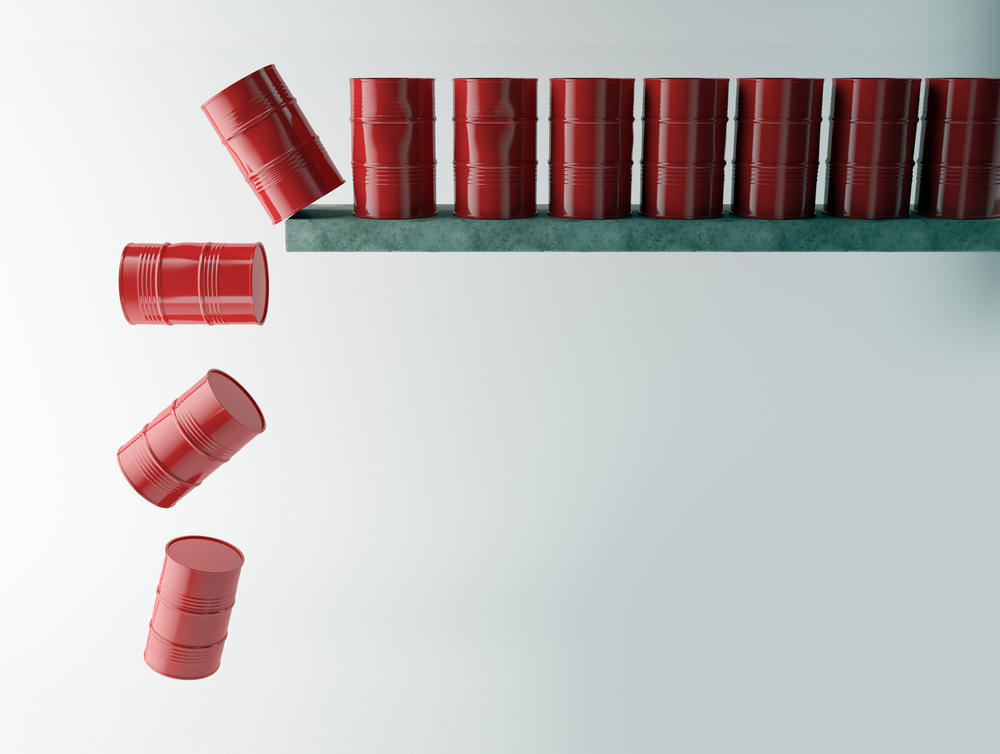 Manward Press Founder Andy Snyder takes a look at the current mess in the oil market and the valuable lesson it teaches us when forming a strong diversification strategy.

Anyone who lost a bunch of money over the last eight weeks… pay attention. We’ve got some valuable advice.We started in the money business right out of college. We remember getting our diploma one day and grabbing a fresh stack of books seemingly the next, studying for our licensing exams. We aced them. They weren’t hard.

We were quizzed on the stuff we’d been reading about for years – the prize-winning theories… the valuation formulas… the capital allocation strategies. Our boss at the time was a great guy. He was honest, down-to-earth and truly wanted the best for his clients. He, too, was worried about what it looks like when everybody is doing the same thing at the same time.

What Is A Solid Diversification Strategy?

“The problem with all this,” he said to me one day across the desk, “is it will force a huge wave of selling once baby boomers start to retire.” He said it would happen when the first baby boomer (born in 1946) hits retirement age (62)… in 2008. Not bad.

If we’re all doing the same thing… won’t we all get the same thing? There are lots of ways to answer that question. It’s surely the subject of a book we’d love to write (we’ll add it to the list). But if we had to put our pen to paper and scribble out the first chapter this morning… we’d surely write about the mess in the oil markets last week.

Did you know that what happened with crude prices wasn’t due to some huge blowup in the supply-demand equation for oil? No… values went negative because of a major mess in the ETF market.

When we started in the business, mutual funds were the king of the world. Most were actively managed, and they allowed investors “diversified” access to a specific industry or sector. But not all that long ago, exchange-traded funds gained in popularity.

Because most are passively managed and they’re not all that hard to cobble together, they offer a cheap alternative to mutual funds.

Folks piled into them.

So many own the most popular ETFs today that they equate to huge slugs of the market.

The World’s Most Popular ETF

Here’s a snippet of a report we wrote in 2011, shortly after the “flash crash” roiled the markets.

The action from the world’s most popular ETF – SPDR S&P 500 (SPY) – tells the story. In the hours before the flash crash, SPY traded about a million shares a minute. So in five minutes, 5 million shares changed hands.

As the crash unfolded… that changed quick.

Between 2:30 and 2:35, it was 10 million shares. In the next five minutes, it doubled to 20 million. Five minutes later… 30 million. All told, about 85 million shares changed hands during the 20-minute meltdown.

The average ETF investor had no idea what was going on. While they drove to the doctor, or sold cars, or sat on the beach… the portfolio they worked their whole life for – and depend on – melted.

The ETFs that were supposed to be so easy and so simple collapsed under their own weight.

Again, when everybody does the same thing… everybody gets the same results. That was the case last week, when the financial press spit out headline after headline about negative oil prices. The world must have slowed so badly, the rags reported, that folks are now paying to get rid of their oil. That wasn’t the case at all. And the folks who fell for it got burned.

Why We’re So Afraid Of A “Traditional” Diversification Strategy

The Other Side of the Trade

The truth is that last week’s negative prints were the result of a major ETF seeing huge demand and the effects of a regulation that limits its stake in the market. You see, in the commodities market, no single entity can own more than 25% of all tradable contracts. It keeps things from getting really messy.

The highly popular United States Oil Fund (USO) saw so much demand as crude prices ripped across the headlines that it was very close to hitting that limit. It couldn’t fulfill its mandate of owning front-month oil contracts.

On top of that, the action happened just as May contracts were expiring and the ETF was jumping into June contracts. It had a huge mess on its hands. But it shows what happens when everybody is following the same playbook. It shows why we’re so afraid of the notion of “traditional” diversification. It shows that, in today’s massive market, uncorrelated assets suddenly become very correlated when you need them the most.

In this case, when the oil market needed a slug of fresh capital the most… the system buckled. We don’t have a grand solution.We’re not pitching fresh regulations or burying your money under the old oak tree. We’re not telling you to sell all your ETFs. Far from it.

We’re merely pitching more Know-How. We want you to think differently… and invest differently. Following the herd is rarely a good idea. We hope you understand the importance of a truly diversified strategy. You can gain free access to all of our Manward Digest content by signing up for our e-letter below.

The post The Mess in the Oil Markets Proves the Danger of Following the Herd appeared first on Investment U.