The Most Iconic A-Lister Weddings of All Time

On her wedding day, every bride wishes to feel like a queen. From Hollywood matchmaking to pomp and political nuptials, A-list weddings are fairy tales come to reality.

The prominent weddings of the twentieth and twenty-first centuries, with the inclusion of modern media scrutiny, have set the benchmark for couples ever since.

From Lady Diana Spencer and Prince Charles, Sam Kooris and Kate Horn, or Priyanka Chopra and Nick Jonas, celebrities always have astonishing weddings. Here are some of the most iconic celebrity weddings of all time.

Grace Kelly, a twenty-six-year-old Oscar winner who had dated Clark Gable and William Holden, married her prince charming — literally. On April 19, 1956, Kelly married the 32-year-old Prince Rainier III of Monaco in what was dubbed “the wedding of the century.” 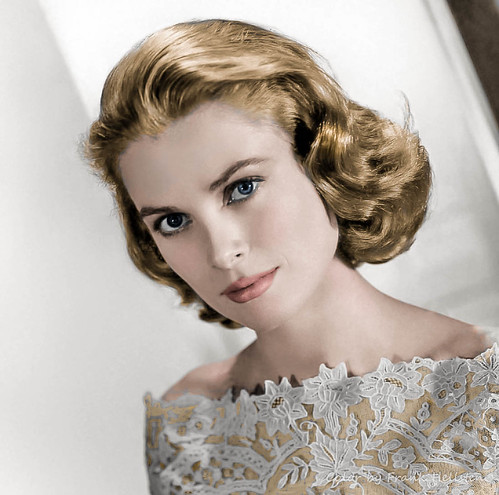 The estimated $48 million wedding of Princess Diana and Prince Charles captivated the world. There were around 2,500 guests in attendance, 2 million celebrants on the streets of London, and 750 million people watching the royal wedding live on television. 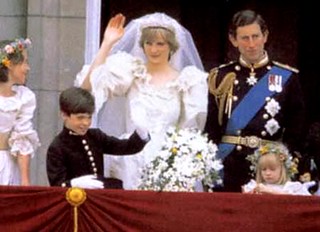 From the gown, the tiara, the controversial omission of “promise to obey,” it is difficult to pick any memorable aspect of the occasion. However, one detail did stand out: an 18-carat oval sapphire that would eventually be worn on Kate Middleton’s finger 30 years later.

Celine Dion has claimed that her wedding to René Angélil has been the most extravagant she has ever staged. On December 17, 1994, Dion married her 52-year-old partner and longtime manager Angélil in Montreal at 26. 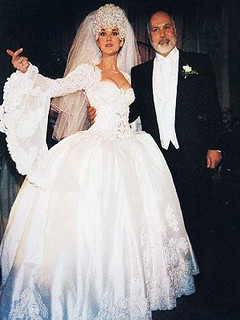 Dion walked down the aisle in a seven-pound tiara adorned with 2,000 Austrian crystals. Moreover, the reception featured a gigantic French profiterole cake, and they welcomed guests with fake snow as they arrived at the reception hall.

Brad Pitt and Jennifer Aniston married on July 29, 2000, in a private ceremony off the coast of Malibu. Aniston came down the aisle in a silk and satin gown by Lawrence Steele, accompanied by her father, Days of Our Lives star John Aniston, past 200 guests. At the same time, Pitt waited in a four-button Hedi Slimane tuxedo, bearing a pair of diamond and white gold wedding bands that he helped create. 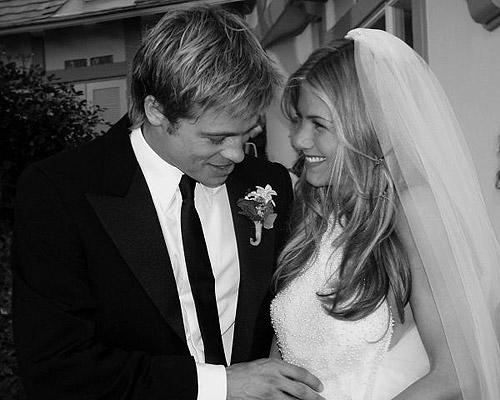 Although everyone knows how the marriage turned out, there are very few images from the Pitt and Aniston wedding that the public has seen to this day.

Cruise married Holmes in a spectacular ceremony in Italy, adorned by Armani, a year after making a trampoline out of Oprah’s couch. They went to the reception after the wedding, where Andrea Bocelli serenaded them before leaving at 5 a.m. for the Maldives to celebrate their honeymoon. 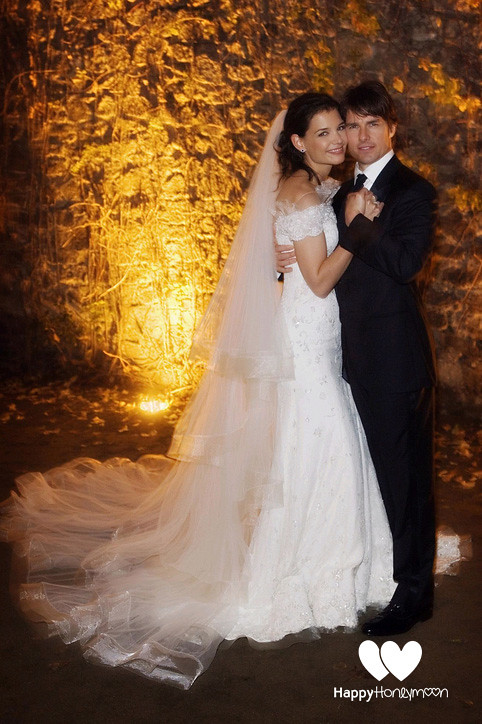 Everything about this wedding was outrageous: the frosted tips, the $17,000 tiara, the $100,000 Vera Wang gown, not to mention the matching purple reception dresses. The beautiful pair is still blissfully married with four loving children.

Kanye West married Kim Kardashian in a magnificent yet private ceremony in 2014, with a rehearsal dinner at the Palace of Versailles, a tradition in a Florentine fort in Italy, and matching Givenchy ensembles. 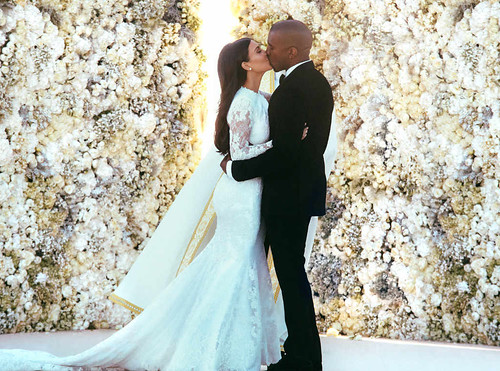 Notably, the couple’s wedding photo is still one of the most-liked Instagram photos of all time, currently at 2.4 million.

Nick Jonas and Priyanka Chopra sure know how to host a wedding weekend to remember.

The wedding included Hindu pre-wedding traditions and two elaborate ceremonies: a Christian ceremony in which Chopra wore a custom Ralph Lauren gown with a 75-foot train and a Hindu ceremony at Jodhpur’s Umaid Bhawan Palace. 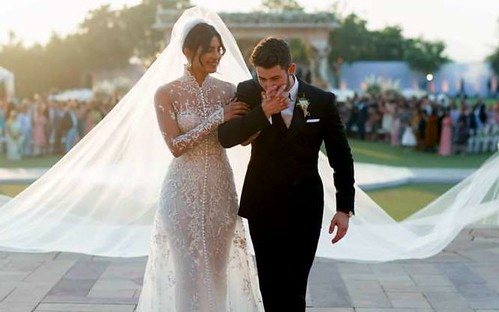 Without a doubt, seeing A-list celebrities have their dream wedding is always a sight to behold. However, the celebration of love, not the aesthetics, the display of grandeur, or the setting, makes these weddings truly magical.

Remember that you are a celebrity in your own right on your wedding day. Whether you host your wedding in a big venue, as these celebrities did, or in an intimate events place with your closest family and friends, as Sam Kooris did in New York, what counts is that you honor the cause for the occasion: the love that unites two people.

The post The Most Iconic A-Lister Weddings of All Time appeared first on The Inspired Bride.

The Most Iconic A-Lister Weddings of All Time