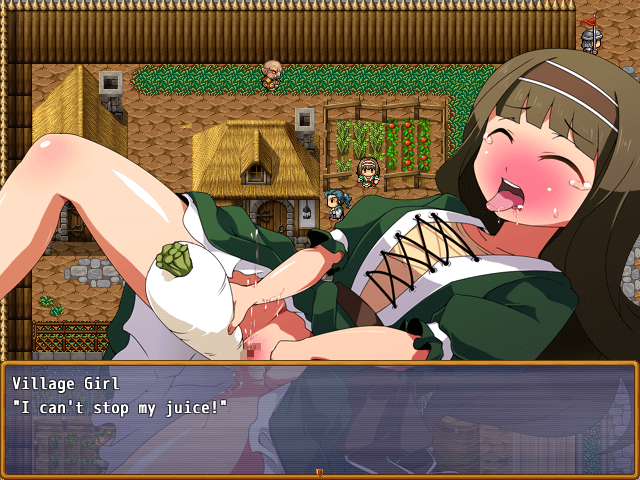 The Oak, Hypnosis, and the City with the Sleeping Girl Released Is Available on DLsite

A devil grants your wish to transform you into an Oak and exact your revenge on the women who wronged you in The Oak, Hypnosis, and the City with the Sleeping Girl.

Developed by Monsters Biscuit, The Oak, Hypnosis, and the City with the Sleeping Girl is an RPG Maker game where you hypnotize women by diving into their psyche. Located in a city often attacked by Oaks, our protagonist happens to be away from the city during an Oak invasion. The guards locked down the city, so he runs into a small hut, only to get cornered. As he was expecting to die, he closed his eyes tight and thought of he one thing he wished for in life. He heard a woman’s voice ask for what he wanted, and he exclaimed he wanted to be an Oak.

From then on, after the moment he opened his eyes, our protagonist was an Oak. A girl with demon wings had appeared before him, the very devil that granted his wish. While, our hero decides he would rape all the women who humiliated him, the devil reveals to him that, while he is an Oak in appearance, he still had the same physical strength from when he was human. To assist him, she grants him the power of hypnosis. Thus, began his conquest to violate and humiliate women using his power.

You will need to hypnotize a girl over time to convince her to do naughty things. As the protagonist isn’t very skilled in magic, he will need to level up his hypnosis. Perform a Psyche Dive to enter someone’s mind, enter their superego, look through her memories, and fight off the guardians to obtain heart fragments. You can give heart fragments to the devil to level up your hypnotic ability. Every time you do a Psyche Dive on one of the corruptible girls, her erosion bar increases. You'll be able to get her to masturbate during their early stages of hypnosis. Though, once you get far enough, you can humiliate her further. If you completely fill the erosion bar, you can fuck her freely, without hypnosis.

*By transforming into the Oak, you can hypnotize your target to have her your way.

*You can dominate woman by repeatedly hypnotizing the intended target.

*A multi-ending dependent on the Erosion Percentage.

*Collect "Memory Fragments" to study each girl's past.

*Most in-game characters can be hypnotized.

*The Oak is a loathed figure. You can be aggressed at times.

Travel between day and night to investigate the city.

You can purchase The Oak, Hypnosis, and the City with the Sleeping Girl on DLsite for the discounted price of ¥1,144 [approximately $10.04 USD]. When the sale ends on December 8th, the game will return to its original sale’s price of ¥1,430 [approximately $12.54 USD]. There is also a demo available if you would like to try the game out for yourself first.

To ensure the game runs properly, you may need to have a Japanese language pack on your PC and your system locale set to Japanese. You can learn more about this on DLsite’s help page.

If you want to support LewdGamer directly, consider subscribing to us on SubscribeStar.

The Oak, Hypnosis, and the City with the Sleeping Girl Released Is Available on DLsite