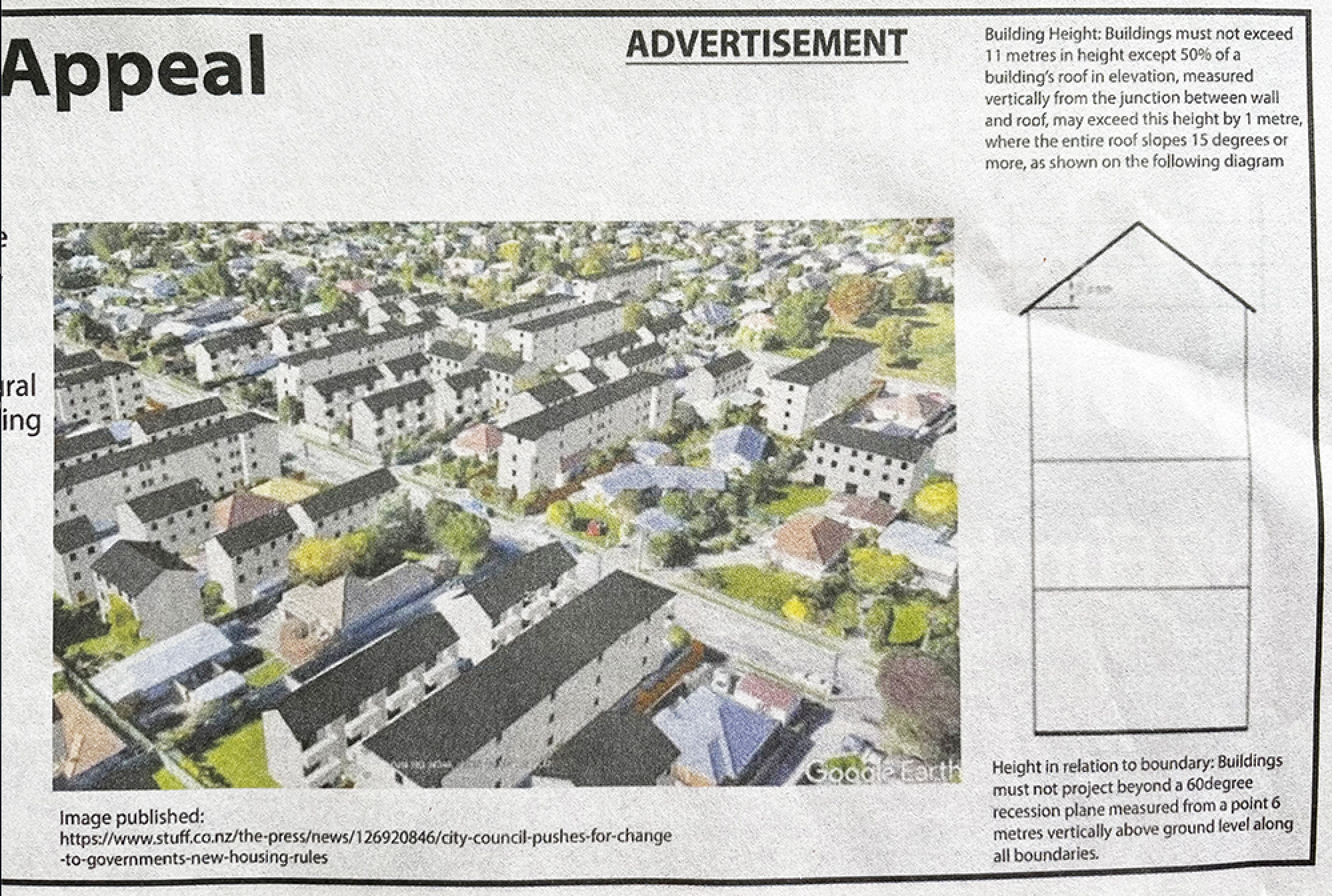 The only way is UP

The only way is UP, baby, for you and me now…

So sang Yaz and the Plastic Population back in the 80s, and it’s what we are going to be singing now as well. Put your dancing shoes on and smash out the House music classics. There’s no doubt that the densities of our cities are going to be intensified, but we are left to discuss is – just how much, and also – what control do we have over this?

This is seen as a sop to those squeaky wheels who have been loudly crying out that “city character is about people, not buildings” and that “we need more affordable housing in our cities“. Both of those are admirable sentiments that both Tamatha Paul and I agree with – but its on the “How do we do that” that we might disagree. Councillors Paul, Matthews and Day all seem to be under the impression that old buildings are cold, draughty, and inhospitable, as well as containing racist colonial overtones. They also seem to believe that all new buildings will be acceptable because they will be warmer and less colonial, as well as somehow magically being more affordable. There are so many faults in their logic – primary amongst them being that a new multi-storey building constructed to the modern Building Code will be automatically affordable to those on the breadline – sadly nothing is further from the truth. Post-script: actually, I really don’t agree with the first statement – its both architecture AND people that make a city, and neither would exist without the other. We need good character buildings, old and new, and we need good character people in them, old and new.

There was an advert in the Saturday DomPost, which has been posted by Felicity Wong of the Wellington’s Character Charitable Trust, opposing the removal of the Right of Appeal, and I’m also pretty sure, lamenting the potential loss of hundreds of nice old buildings. This is a valiant attempt, but also quite extraordinary – it costs hundreds, or maybe even thousands, to place an advert in the national newspaper, and so for an individual or a small charity to place this advert shows that there is some desperation about what the Government are proposing. There is no doubt that many people are quite rattled. The original article is here. If you are interested, submit on the RMA bill before Midnight on Tuesday 16 November – just TWO days away – go to www.parliament.nz and make a submission, saying that you oppose clause 14’s removal of the Environment Court mandate.

So, the Eye of the Fish is searching for ways to illustrate what is likely to / about to happen. Unlike the picture used in Felicity Wong’s illustration, which gives the impression that we are staring down the barrel of a loaded gun that is about to go off in our faces, sites and buildings are not likely to all be redeveloped at the same time. It’s far more likely to be a lot more piecemeal, bit by bit, so you are not really quite aware it is all going on until it has already happened. So, are there any examples of where that has already happened?

Well, yes there are some. Oriental Parade, pictured above, enjoys not only the best position in Wellington (facing north, fronting onto a beach, incapable of being built out), but also has some quirks of bureaucracy – over the years they have some fairly stiff height limits imposed, but along with 100 % site coverage they seem to be enjoying their expensive properties to the max. I’m fairly sure that the two properties depicted in the pic above have been added to either with the garage below, or via a new rooftop addition up above. Either way, its not the end of the world.

There’s also an example in Jessie Street, where an existing two-storey house was raised up and a new floor inserted underneath. Because this is Te Aro, and not a Residential zone, you’re allowed to go to 100% site coverage – remember in Residential zones you will only be permitted to go to 50% site coverage. What we desperately want to avoid though, is for any more buildings like the one very nearby on Jessie St, voted the worst flat in Wellington last year by the poor buggers that have to live in it (I think it is the lowest of the 3 flats visible below – the one with bars over the window).

So what we need is a more accurate depiction of the likely state of Wellington after this proposal has gone through. Is Felicity Wong and the Christchurch Press right and will we look like a gulag camp for political prisoners, or are there means of doing this sensibly and politely, or will we just see a clusterfuck of bad buildings arise, festering on every block, taller, shadier, not really affordable, without parking, perhaps with zero amenities, and ruining everyone’s lives? Do we really have to destroy the village in order to save it?

The only way is UP