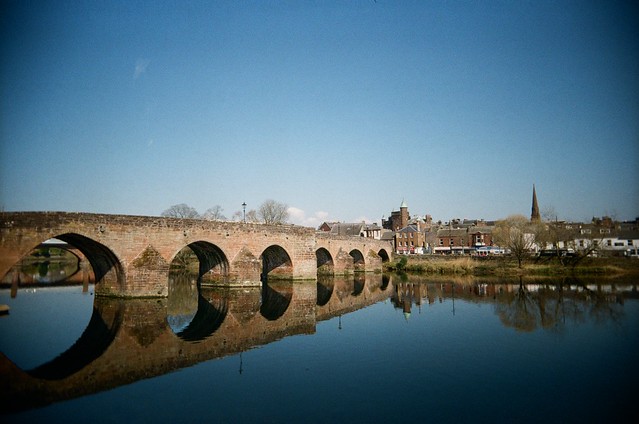 The Other VUWS – The Jelly Lens UWS Camera – 1 Roll Review

Credit to to Reto, they successfully brought the VUWS back with very successful launch of the Reto UWS. But turns out that wasn’t the only VUWS clone out there. In fact the Jelly lens Camera comes straight from the same factory. It’s a bit cheaper but is it any good ?

Remind me about the VUWS ?

Really ?!! The VUWS (aka the Vivitar Ultra wide and Slim) is one legendary cult lo-fi camera. It’s exact point of origin is unclear as I discussed in my Reto UWS review. But it is likely in the late 1990’s. the VUWS was a simple all plastic camera. Cheap stuff no frills and no controls. Probably intended as a fall back or a glovebox camera.

It was unclear if it was ever directly sold. Most example seem to have been in promotional gift packaging when they were bought.

But there are 2 things that sets it apart. Firstly the ultra compactness. This is I’d argue the smallest full frame 35mm production camera. Secondly is the much better than it should be 22mm lens. Unnoticed at launch it started to gather cult status in the noughties. This has intensified as the years have gone by.

But How did Reto & Jelly Lens get a clone

Simple. Vivitar didn’t make it’s own cameras. They were an early adopter of outsourcing. Sometimes that was Hanimex style rebranding (lots of Cosina made Vivitar SLR for example). Some were designed in house like the ECO35 but made by outsource companies. The VUWS origins are murky.

But we do know who made it.

Sunpet Industries Ltd in China, have long carried the camera in their catalogue. And they have been more than willing to sell it to others. This is where Reto came in. And before them Japanese lo-fi camera gurus Powershovel used them to produce the Superheadz wide & slim clones.

But the Jelly Lens has a slightly different relationship

Yeah both them have a degree of form in lo-fi camera circles, but Jelly lens hasn’t.

If you go to their website at jelly-lens.com they predominately market their stck on accessory lenses for mobile phones. Hence the “Jelly lens”.

It’s only when you go to the shop page does this camera pop up.

And who is behind Jelly Lens ? Sunpet themselves.

Ah Cool ! Straight from the manufacturer. Must get some wicked colour choices then ?

You’d think. After all they made it in a range of colours for Reto and Superheadz. The catalogue lists it in classic silver black VUWS colours.

But Nope.
They took the Henry Ford Approach, On colour only. It would have been cool if they went black but nope, Sunpet went shiny White.

Everything is white except the rewind and winding gear and the corporate logo.

The gloss paint actually makes the camera bit more slippery than the other versions. I mean no one wants the rubberised coating soon to be sticky gunk of the Superheadz. But even the original and Reto do feel a bit more less droppable.

And Under the Hood the Jelly Lens is ..?

Exactly same the rest. There is a fixed focus 22mm simple 2 element plastic lens. That’s combined with a fixed 1/125 shutter and fixed f/11 aperture. The film plane is curved to improve focus.

There is no flash mount, cable or tripod point. This is simplicity. It’s all cheap plastic. But any VUWS clone I’ve owned including this one, have survived being dropped with only a scuff or 2.

The viewfinder doesn’t show the whole frame. The shot below was taken on a Reto UWS but there is no difference

In use the rear catch is still as finicky as ever to open. Good ‘cos you’re less likely to open by accident but can make it hard to open. I’d recommend trying with back facing down but tilted to let gravity help. loading is standardised.

I was able to load 36exp films without issue. The original VUWS is known to have issues using bigger 36 Exp rolls. And certainly with my well used Superheadz I can confirm that overtime the stress on the cameras become apparent. This makes a 36 exp roll feel awfully tight and that something is going to go (it hasn’t yet).

Be aware it’s easy to get your fingers or the strap too close to lens with these.

Identical to the Reto. There has been some discussion about the Reto UWS v VUWS having slightly different lens properties. That might relate to minor changes in plastic/manufacture etc. over 20 years but I’m not convinced. I did a comparison review between the Reto & original.

But today’s models are made on the same line.

The VUWS was known as the poor man’s LC-A for good reason.

So centrally it is surprisingly fine for such a cheap lens. It softens at the edges and there often vignetting. But there is less radial distortion than you should think. It actually does okay with longs shots. Yes not quite as sharp as items taken a 1.5-5 meters but pretty good. Below a meter it softens rapidly.

Flare is very evident which some use creatively. For the rest of just avoid getting the sun in shot,

The Jelly Lens UWS is only available from their site for $28USD (£23.13GBP 03/07/22). But here’s the thing. You get free shipping where as Reto is $29.99USD but you need to pay shipping on top. When I ordered mines that was $15 on top. You can buy from a range of supplier and eBay though and that may well work out cheaper and quicker.

My Jelly Lens took about 10 days to come.

It just comes in a simple brown box rather than the more commercial packaging used by reto. It does have a strap and em that’s it.

This is another VUWS clone. It internally is no different to the others and is the cheapest way to getting one.

The images it will take will be identical to the Reto. The only issue is the colour (or lack of) and gloss coating. Not my cuppa but beyond that this is fine lo-fi classic reborn yet again

Obviously Reto are the other brand of these around and offer a much wider range of colours. You can still track down a classic VUWS on the ‘Bay as you can Superheadz clones. Personally I’d give the latter a swerve as they are very expensive and in use the rubberised coating goes sticky.

There is not much like the VUWS clones with such a wide lens. You do get Lomography Fisheye One and Fisheye Two models but these have a much wider lens. The Halina Panorama and its rebranded clones come closest for a lo fi experience and have their own cult following. Of course there are similar but less wide angled thrills to be had with the current crop of Dubblefilm Show/Kodak M35 clones (Agfaphoto Analogue is my favourite) and the likes of the Lenfayre Snap LF-35M.

Of course if you want more capability you can cough up for Lomo LC-A or Lomography’s hommage the LC-A+. These are proper P&S with focusing metering and a quirky glass lens.

The Other VUWS – The Jelly Lens UWS Camera – 1 Roll Review