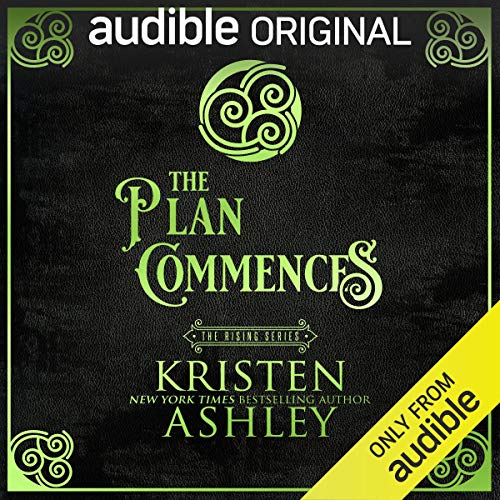 The Plan Commences by Kristen Ashley 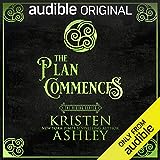 From the unparalleled imagination of New York Times best-selling author Kristen Ashley comes book two in The Rising, an enchanting new fantasy romance series that will sweep you away!

Once upon a time, in a parallel universe, there existed the continent of Triton. The land was filled with beauty, but it was also splintered by war. Out of the chaos grew a conspiracy to reawaken the Beast, a fearsome creature who wrought only tragedy and devastation. The only way to stop him was to fulfill an ancient prophecy: Triton’s four strongest warriors must wed its four most powerful witches, binding all nations together and finally bringing peace to the land.

This is the story of their unions: the quiet maiden Silence and the savage king Mars. The cold warrior Cassius and the fiery witch Elena. The steadfast soldier True and the banished beauty Farah. And the pirate king Aramus and the mysterious queen Ha-Lah. Their unions will not be easy, but each couple must succeed, for the fate of their world is at stake…

I’m a huge Kristen Ashley fan and more than that my favorite series, including my favorite audible series is The Fantasyland Series, so when I heard she was writing a spinoff series, count me in.

The Rising Series begins with The Beginning of Everything. I didn’t review this book yet and it’s hard to review any of these really. The reason is because it’s pretty much an episode. There are four parts to this story. You have to listen to each and they are being released within a month of each other.  This is a full cast, I think there were fourteen narrators. I’ve never listened to a book with such a full cast.

There are four love stories happening at once as well as a ton of other things so it skips around a lot. In The Beginning of Everything, this was confusing. I needed a map drawn out of who was who. I also thought since it was a beginning I was not able to feel fully vested with anyone character since I was merely introduced. I listened to it twice since I struggled a little with what was going on.

In The Plan Commences, you begin to see and feel their relationships more. I began to feel much more vested and I started to have some favorites. I liked so much about this book. Since it’s only part two and I have two more volumes to go, I’ll wait to pass my final judgment. The other thing I absolutely loved is we get to spend time with Fantasyland characters!

Dax and his dragons! Circe! Tor!

One thing that’s not for me is some of the guy on guy stuff she has going on. I don’t feel that it’s needed and it’s a tad overkill for my taste.

This is an audio only release. It will release this Summer on e-book. Start at the Begining. Oh, and best yet, these are available in Audible Escape!

The Plan Commences by Kristen Ashley