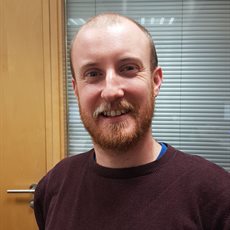 The Prime Minister vs the Chancellor: institutionalised conflict in economic policy-making

Dave Richards, Diane Coyle, Martin Smith, and Sam Warner highlight an important paradox in the British system of government: the centralised financial control exercised by the Treasury in an era of fragmentation within the governing process. They explain how this institutional problem can be understood.

Ahead of Boris Johnson’s recent cabinet reshuffle, most of the headlines wrongly predicted a Macmillan-style ‘night of the long-knives’. In the aftermath, most attention focused on the resignation of Sajid Javid as Chancellor of the Exchequer. This was widely reported as a power struggle between Number 10 (personified by the PM’s Chief Advisor Dominic Cummings) and the Treasury over who should control the broad thrust of government economic policy.

Harmony has appeared to prevail in the recent Budget of new Chancellor Rishi Sunak. But power struggles between Number 10 and the Treasury are nothing new: in 1964, the new Labour Prime Minister Harold Wilson created the ill-fated Department for Economic Affairs with responsibility for driving economic policy, so clipping the wings of the Treasury; in 1989, Margaret Thatcher and her Chancellor Nigel Lawson fell out over what she perceived as the pursuit of a subterfuge monetary policy by the Treasury in having sterling ‘shadowing’ the German deutschemark. On this occasion, Lawson demanded the Prime Minister sack her own economic adviser, Sir Alan Walters, which, when she refused, led to Lawson’s resignation; the New Labour Government notoriously saw an outbreak of ‘TBGBs’, as the then Prime Minister Tony Blair and his Chancellor Gordon Brown operated their own separate policy fiefdoms from their respective Whitehall power bases.

David Cameron and George Osborne learnt these lessons and forged a somewhat unusually co-operative and inter-dependent relationship. (Boris Johnson has highlighted the effectiveness of the close ties during this period, as one driver behind his desire for shared political advisors between Number 10 and 11.) Nevertheless, Osborne has always been swift to remind those who cared to ask that he constantly counselled Cameron against holding a referendum on the EU. Fast-forward to the turbulence of the Theresa May years and normal service resumed as both the Prime Minister and her long-term Chancellor Phillip Hammond became increasingly estranged from one another, the latter only remaining in office due to the government’s own perilous parliamentary arithmetic.

Given this history, it is no surprise that Johnson and Javid’s relationship ended as it did. But this on-going Whitehall psycho-drama played out between the personnel of these two great offices of state masks a deeper set of longer-term, embedded pathologies concerning the nature of UK economic-policy. For although the Prime Minister is primus inter pares, it is only the Treasury that has the bureaucratic and financial resources to exercise control across departments. Much of the conflict between Chancellors and Prime Ministers is a conflict between a large Treasury department overseeing detailed spending and a small Prime Minister’s office trying to influence through leadership. The Treasury is often the dominant department in government based on a hierarchical notion that centralising financial control is the most effective mechanism for containing public finances. But this dominance raises fundamental questions: how does the Treasury continue to exercise control in a fragmenting system? And can governance be effective with a centralised Treasury and disaggregated policy delivery?

In a new project funded by the Nuffield Foundation – Public Expenditure Planning and Control in Complex Times – we set out to explore a key paradox to emerge over recent decades in the British system of government: centralised financial control in an era of fragmentation within the governing process. Our lens shifts beyond the power-struggles at the heart of the Whitehall village to address a much wider institutional problem, namely that British government has fragmentation embedded in its DNA. The 1854 Northcote-Trevelyan Report, which enshrined the architectural arrangements of Whitehall, created a model of functionally distinct departments that meant they, rather than the central units of government – No.10, Cabinet Office, and the Treasury – were resource-rich and powerful, developing the necessary expertise and organisational capability to command control of their policy domains. Ever since, there has been a need to overcome the pathology of departments acting in their own self-interest (departmentalism) rather than the wider interests of the government. Compounding this issue over the last 30 years has been a process of governance fragmentation – agencification, marketisation, and devolution. Internal Whitehall squabbles between No.10 and the Treasury over the size and scale of their own power base conjoined to an increasingly outdated approach of the Treasury maintaining a highly centralised system of financial control at best ignores these wider sets of issues.

Putting the ‘cummings and goings’– to coin a phrase – of Whitehall to one side allows us to get to grips with the complex challenges associated with processes of fragmentation throughout policy networks. The project questions whether centralised forms of Treasury control of public expenditure remain fit-for-purpose in the twenty-first century, by addressing how such mechanisms have permeated through complex policy networks and in so doing shaped the perceptions and behaviours of public service providers. Starting in 1993, we are navigating the public expenditure regimes of very different Conservative and Labour governments, covering periods of both fiscal expansion and prolonged austerity. We seek to ascertain whether an ‘implementation gap’ exists regarding financial control at the centre and service delivery at the street level. At its heart, our project delves into the realities of Treasury adaptability to this fast-changing context, asking crucial questions about how well-equipped it is to respond to the challenges of tomorrow. By getting to grips with the complexities of the relationships between spending departments and delegated authorities, we hope to improve understanding of the effectiveness of spending control, why slippages and wastage occurs and what these processes mean for public service delivery.

Why is this important now? Despite positive rhetoric from the centre, the UK economy is under strain as Brexit uncertainty continues to cast a disconcerting shadow. Even the most favourable projections about the short- to medium-term do not make for reassuring reading. The Office for Budgetary Responsibility’s 2019 Fiscal Risks report expresses concern at uncosted tax cuts and spending increases. What must it be thinking now? The policy challenges associated with an ageing population, the cost pressures of health and social care and pensions must be at the forefront of Treasury officials’ minds.

In his much-anticipated maiden Budget, Rishi Sunak, Chancellor of the Exchequer, has spent big. The Treasury has embraced an era of historically low interest rates to provide the most extensive fiscal loosening since 1992. Both capital and current expenditure departmental spending plans will expand dramatically. Even an additional £30 billion cash injection to support the economy through coronavirus cannot obscure the significance of this fiscal event.

Increased in public expenditure will be welcomed by a public consumed by ‘austerity fatigue’ and fed up with deteriorating public services and regional inequalities. Talk of a regional base for the Treasury and re-working Green Book investment rules, confirmed in the Budget, must be more than rhetoric. Even with Sunak’s fiscal commitments,  reversing the impact of austerity in any real sense, involving both levelling up the UK economy and halting the decline in public services, will require departmental spending far in excess of the government’s promises. Increases in capital spending for infrastructure projects is politically attractive, but in practice will require corresponding increases in current expenditure just to get projects off the ground.

Spending money is easy; spending it effectively and efficiently is hard. The Treasury will need to wear many hats and be active and adaptable across many policy areas. As we have argued elsewhere, recent critics of the Treasury have failed to provide credible alternatives to the traditional, hierarchical character of expenditure control, despite best intentions. In a promising move, Sir Michael Barber’s 2017 report Delivering better outcomes for citizens pointed to the fact that successive governments have either focused on controlling public expenditure or delivering public service outcomes, not both. The Report’s recommendations led to Single Departmental Plans for planning spending being supplemented by the Treasury’s Public Value Framework. However, despite noble intentions to return value for money to the heart of the government’s spending plans, the Institute for Government has questioned whether it can adequately contend with the complexity of today’s public policy challenges, in part because it neglects the views of those outside of Whitehall.

Questions will remain about the sustainability of the public finances and the long-term credibility of existing mechanisms of control. The risks of wastage associated with such dramatic increases in public expenditure are real. We would argue that recent events simply add to our preliminary view that the Treasury is yet to adapt to the contours of a policy landscape characterised by complex and fragmented governance. Big political promises and an extraordinarily uncertain fiscal horizon dominated by Brexit and COVID-19 simply serve to highlight the challenges facing the Treasury.

In confronting these challenges, it must be acknowledged that success in controlling the aggregate scale of public expenditure – something the Treasury is certainly good at – is not enough. We need a model that can respond and adapt to processes of governance fragmentation in increasingly complex times. This will involve a true commitment to the devolution of both political and economic power away from the centre and taking the results of public spending seriously. Talk of sound public finances, world class public services and regional equality need not be a case of having your cake and eating it.

Dave Richards is Professor of Public Policy and Head of Department at the University of Manchester.

Martin Smith is Anniversary Professor of Politics at the University of York.

All articles posted on this blog give the views of the author(s), and not the position of LSE British Politics and Policy, nor of the London School of Economics and Political Science. Featured image credit: Nick Kane on Unsplash.

The Prime Minister vs the Chancellor: institutionalised conflict in economic policy-making