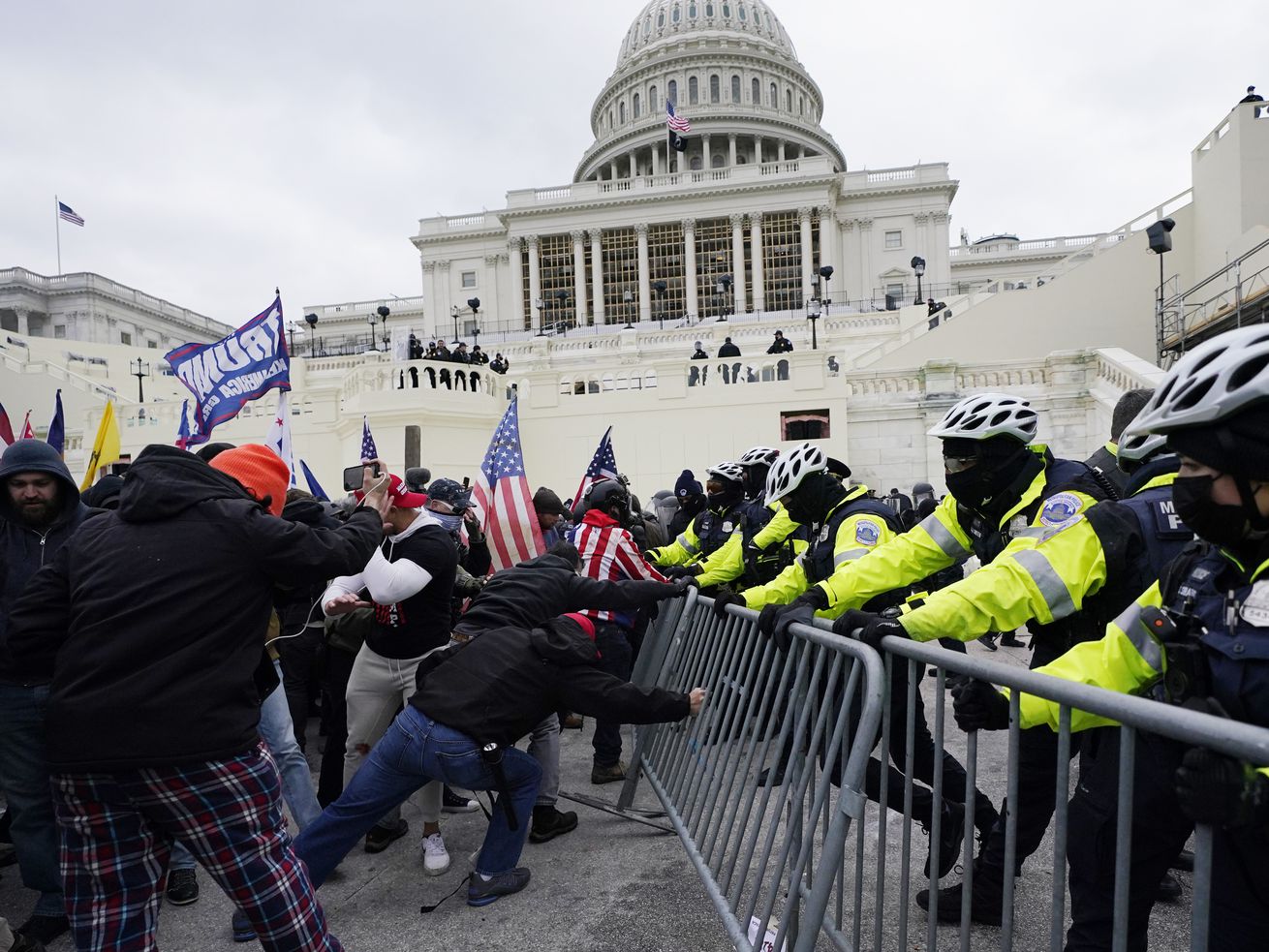 The Republican approach to the 2020 election is becoming increasingly untenable

Despite mounting consequences for those who spread unproven voter fraud allegations, top Republicans haven’t stopped trying to appease Trump and his supporters

Republicans today face pressure from two directions when it comes to the 2020 election results. They’re squeezed between former President Donald Trump’s version of events on one side and election experts’ conclusions on the other, and these forces are headed for a collision, like the closing walls of the space trash compactor in “Star Wars: Episode IV.”

A May Reuters poll found 56% of self-identified Republicans believe last year’s election results were rigged or stemmed from illegal voting. Disagreeing with these claims can get you cast out of the party, yet there are also growing consequences for those who publicly espouse them or violently act upon them, as protesters did at the U.S. Capitol on Jan. 6.

“We’re in a situation where a lot of ... people were lied to,” said Olivia Troye, director of the Republican Voting Project and a former aide to former Vice President Mike Pence. Some are “being held accountable for their actions, but the people who misled them have yet to be held accountable.”

More than 535 people have been arrested so far in connection with the Jan. 6 insurrection, according to the Justice Department, and more than 300 suspects remain unidentified. On Monday, 38-year-old Paul Hodgkins, of Florida, became the first defendant in the Capitol attack to be sentenced for a felony charge. He was sentenced to eight months in prison.

In the conservative media world, outlets are being extra careful about how they talk about voter fraud following lawsuits and threats of lawsuits from voting technology companies. Dominion Voting Systems and Smartmatic have both filed lawsuits against Fox News this year. Dominion accused Fox News of endorsing, repeating and broadcasting “a series of verifiably false yet devastating lies” about the company, while Smartmatic said the cable network joined a “conspiracy to defame and disparage Smartmatic.”

Fox News has asked for both suits to be dismissed, but the network appears to be taking them seriously. When Trump began talking about the 2020 election during his speech at the Conservative Political Action Conference earlier this month, Fox News popped a disclaimer on its chyron that said, “The voting system companies have denied the various allegations made by President Trump and his counsel regarding the 2020 election.” The disclaimer remained on air for 40 seconds.

Fox Business Network, Newsmax, One America News and New York-based radio station WABC, which runs a show hosted by Trump attorney Rudy Giuliani, have all either aired their own disclaimers, issued apologies or retracted or deleted stories about voting machine claims, according to a running tally by The Washington Post.

There have also been consequences for individuals pushing election fraud theories. Giuliani has been suspended from practicing law in Washington, D.C., and New York state, and he and other high-profile figures who’ve made claims about voting technology companies also face lawsuits.

Despite these developments, top Republicans haven’t stopped trying to appease Trump and his supporters. They often say concerns about voting integrity are valid without alleging any specific irregularities or fraud or claiming the election was stolen.

“You want to make sure your elections are fair,” House Minority Leader Kevin McCarthy told Fox News last week before later adding, “Joe Biden is the president of the United States — he legitimately got elected.”

To Troye, comments like these represent an attempt to have it both ways.

“It’s their way of saying it but not saying it,” she said. “It’s all part of the overall narrative of the ‘Big Lie’ and the continuation of it and they’re using it to push other initiatives and they’re fundraising off of it.”

In the three weeks after Election Day alone, Trump and the Republican National Committee raised more than $200 million with claims of voter fraud.

Although Republican leaders, including McCarthy, have said Biden is the legitimately elected president, other GOP officials have faced strong pushback for condemning election fraud claims. For example, then-Michigan Republican Party Executive Director Jason Roe faced the wrath of his party after saying “the election wasn’t stolen.” He stepped down from his post last week.

In addition to fueling conflict between members, the GOP’s focus on the 2020 election results may cost the party in the long-run.

On Twitter, the number of users who publicly identified as Republican in their bios dropped dramatically following the Jan. 6 insurrection, researchers from the University of Copenhagen found. In Arizona, more than 20,000 Republicans left the party between January and May. Republicans are outnumbered now more than at any time in nearly a decade.

Republican incumbents don’t seem eager to make the 2020 election a focus of 2022. Recent digital ads run by several Republican senators up for reelection don’t touch on election integrity, instead focusing on topics like China, Dr. Anthony Fauci and Big Tech.

Still, election denialism could be a salient issue in the midterms, thanks, in large part, to Trump, whose continued false claims keep fraud accusations front and center.

Some corporations, after facing public pressure, have vowed not to donate to lawmakers who lie about election fraud.

“Toyota is committed to supporting and promoting actions that further our democracy,” the company said in a recent statement to the Detroit News.

Although significant, drops in corporate donations, the growing threat of lawsuits and prison sentences for protesters may not be enough to close down rumblings about the so-called ‘Big Lie,’ Troye said.

The House select committee investigating the Jan. 6 riot will hold its first hearing next Wednesday, and trials in the Capitol attack case are ongoing and expected to continue into 2023, lawyers familiar with the investigation told The Washington Post.

The Republican approach to the 2020 election is becoming increasingly untenable