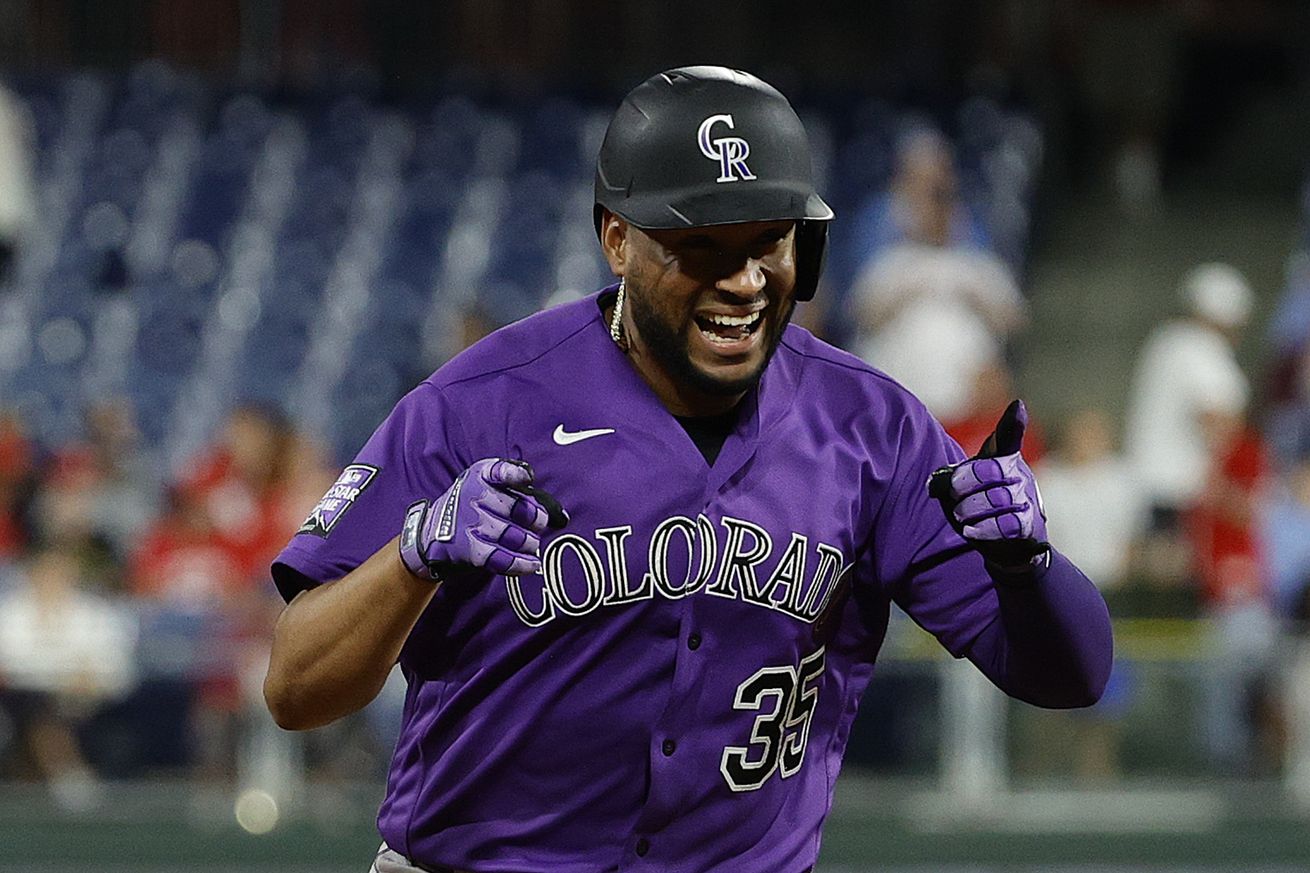 The three-year, $14.5 million extension will keep the backstop with the Rockies through 2024.

The Colorado Rockies announced on Thursday afternoon that they have agreed to a three-year contract extension with veteran catcher Elias Díaz. Mark Feinsand was the first to break the news, with Nick Groke and later the organization confirming the move. MLB.com’s Thomas Harding reports the deal as being worth $14.5 million. With the extension, the Rockies have bought out Díaz’ final year of arbitration, plus two years of free agency.

Díaz was originally signed as an international free agent by the Pittsburgh Pirates, but was non-tendered after the 2019 season. He was signed to a minor league contract by the Rockies and made the 2020 opening day roster as one of three catchers carried by the team. Díaz had less playing time than Tony Wolters and Drew Butera, but showed power the Rockies had been sorely missing from their catchers with his two home runs in 26 games and 68 at-bats.

When the Rockies non-tendered Wolters and released Butera prior to the 2021 season, Díaz won the starting catcher role after a solid spring training. However, when the season started, things began to look grim for Díaz rather quickly.

Díaz’ April and May were incredibly difficult for the catcher as he mired in a slump that had backup Dom Nuñez beginning to usurp the starting role. Thankfully something clicked for Díaz when June started, and his bat became red hot for the rest of the season. His batting statistics are night and day when you compare the first two months of 2021 to the remainder of the season.

Díaz became the legitimate power threat the Rockies needed him to be, tying San Francisco’s Buster Posey for third most home runs from a National League catcher with 18. He was also in the top ten for overall home runs from his position. In addition to home runs, Díaz had the lowest strikeout percentage of all qualified catchers league-wide with 16.2%. Díaz’ 2.2 rWAR was the highest mark by a Rockies catcher since Wilin Rosario in 2013 (2.2) and makes him one of just three catchers in franchise history to post an rWAR over 2.0 (Rosario, Iannetta).

Behind home plate, Díaz was an above average pitch framer per MLB’s statcast, while also showing off a strong pop time and arm that lead him to throwing out a league second best 42.1% of runners attempting to steal—above St. Louis’ Yadier Molina and just behind Kansas City’s Salvador Perez.

He was also extremely valuable from a durability standpoint. Despite taking a beating behind the plate for a season, Díaz never hit the IL and helped the Rockies finish their first season carrying and using only two catchers since 1998 (Manwaring/Reed).

With this signing, the Rockies are showing they are confident the real Elias Díaz was the durable power threat that earned his stripes from June through October. They will rely on him to be their starting backstop until prospects like Drew Romo and Willie MacIver are ready to play in the majors in a few years.