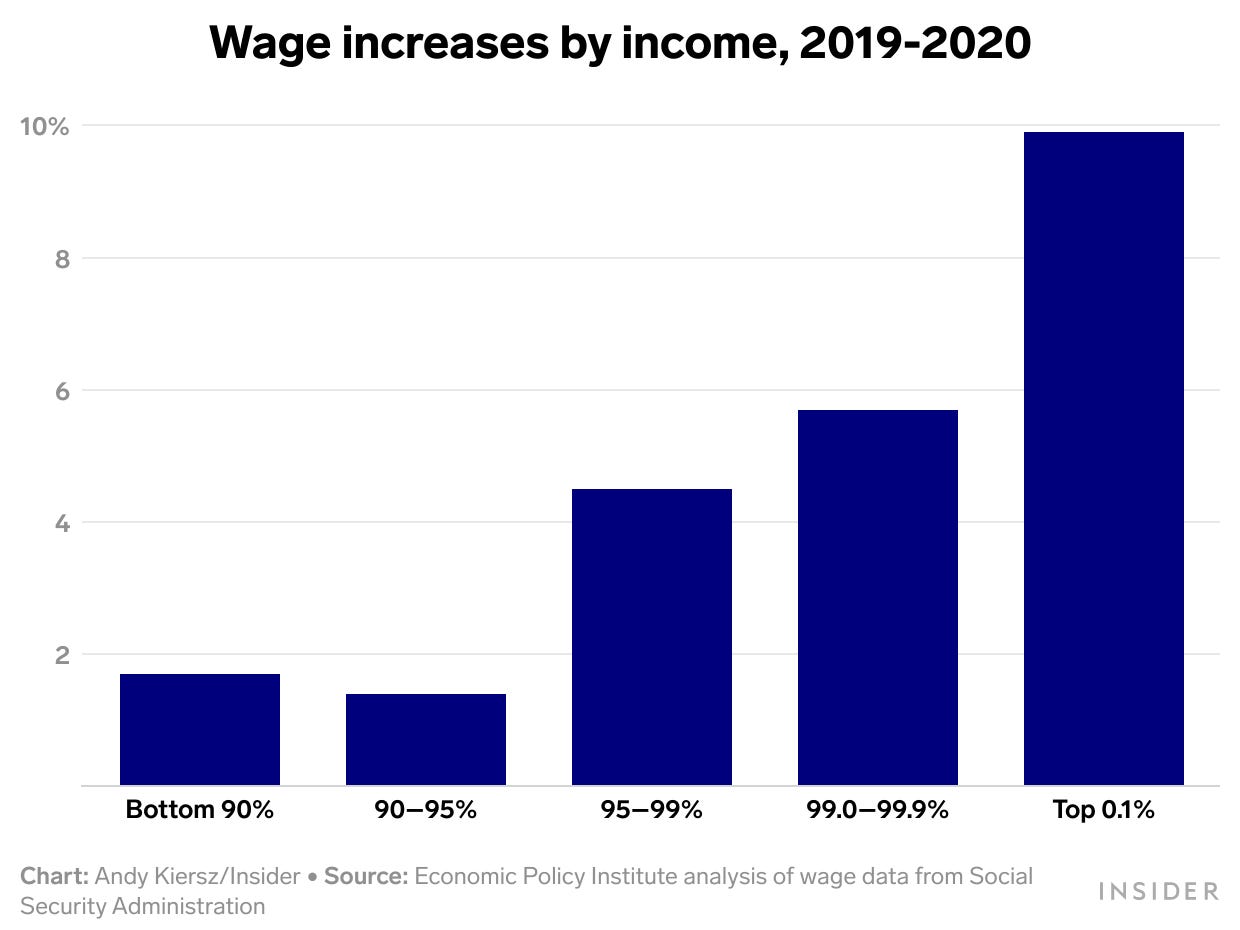 A new report from the left-leaning Economic Policy Institute's Lawrence Mishel and Jori Kandra found the top 1% and top 0.1% saw "historically high wage levels and shares of all wages" in 2020.

Data tracking the gains of America's wealthiest suggests that growth remained strong into 2021. The left-leaning Institute for Policy Studies (IPS) and Americans for Tax Fairness found that, from March 18, 2020 to October 15, 2021, billionaires added $2.1 trillion to their net worths.

Those numbers help contextualize some of the recent wage gains for America's lowest-paid workers — and why there's persistent worker shortages seen throughout the economy.

Americans have been quitting at near-record rates for the majority of the year. In October alone — the most recent month for which the Bureau of Labor Statistics released data — 4.2 million Americans quit. That's 2.8% of the workforce.

"The recent upsurge in quits and strikes does signal a shift to greater worker power, in strong contrast to the prior four decades. But this wasn't a magical development," Mishel, one of the report's co-authors, wrote in a statement to Insider. "The so-called 'worker shortage' comes from a surge of policy-created job openings that has enabled workers to switch employers and prevented employers from replacing workers on strike."

That's a trend disproportionately felt in America's low-wage workforce. For example, leisure and hospitality workers have been consistently quitting their jobs at higher rates than the national average. At the same time, wages in leisure and hospitality rose 12.3% year-over-year as of November; broadly, average hourly earnings went up by 4.8%, according to the Bureau of Labor Statistics' most recent jobs data release.

In essence, wages are now ticking up for the lowest-paid Americans after decades of stagnation, but a wide income chasm persists.

As Mishel notes: "Maintaining low unemployment, rebuilding collective bargaining, improving labor standards such as the minimum wage, and eliminating noncompete agreements are just a few of the policies needed to continue this period of enhanced worker power."