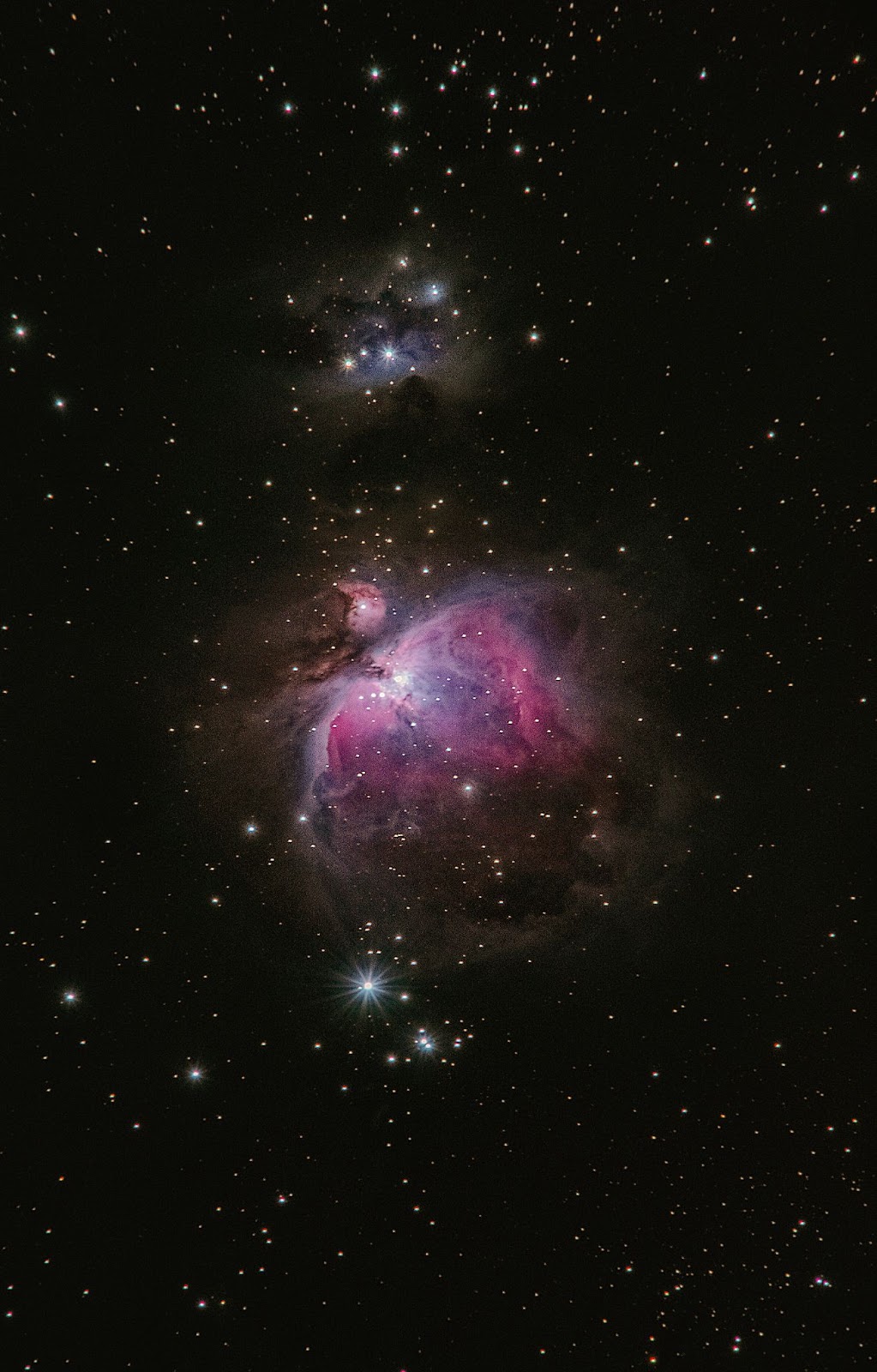 Photo by Alex Andrews from Pexels

Author: I Know My Shoes Are Untied! Mind Your Own Business. An Iconoclast’s View of Workers’ Safety.
Lone Gunman: Rewriting the Handbook On Workplace Violence Prevention
Blood In My Pockets Is Blood On Your Hands

Like any good Safety guy I am particularly adept at creating theoretical concepts of little value or practical application; it’s what we do.  So this week I would like to talk about yet another theoretical concept that I have encountered since I started writing professionally many, many years ago. I call this phenomenon the Universality Bias.  Zachery Shore explored cognitive biases (things we believe that prevent us from seeing things as they really are) in his book Blunders. Shore asserted multiple biases that predispose people to making mistakes by ignoring the fact in favor or belief the book is worth more than a read; it’s worth reading and contemplating it with an open mind.

Recently, I decided to write—after much soul searching and internal debate—an article for Thrive Global called “What Does It Mean To Be White In America?”. I know many people who read my work think I am a radical anarchist leftist, while others think I am an arch conservative grouch who hates everything—a screaming malcontent who hates anything new or different.  The answer not only lies somewhere in between, but depends on the time of day and its proximity to my next meal; hey what can I say? I’m complex.

Throughout the years I grew accustomed to disgruntled readers who would try to shout me down because my assertions didn’t ring true to them.  I have come to realize that these people are suffering from a cognitive bias, the Universality Bias.  The Universality Bias works like this: you don’t believe something because it is alien to your experience,  In other words my assertion can’t be right because it is alien to your experience.

I am fond of saying that there are three things that I don’t believe in: atheists, bi-sexuals, and umbrellas (clearly I suffer from the Universality Bias as I am none of these things.)  This puzzles people a) because they look for a pattern while ignoring the most obvious one (things in which Phil La Duke  does not believe) and b) because they BELIEVE in these things.  Even after I explain why I don’t believe in them (in order, because I have never met an atheist who didn’t pester me into trying to convince him or her that God does indeed exist (as Calvin, of Calvin and Hobbs put it, “well somebody is sure out to get me”). Also, bi-sexuals well come on! Choose a side already. And umbrellas are pointless—you still get wet with the only difference is with an umbrella you get wet while holding a (probably broken) piece of crap above your head.

A close friend of mind is an evangelical atheist.  Every once in a while he will (usually after a beer or two) challenge me with: how can you believe in God? That’s just a fairy tale.  Finally, after hearing it once too often I said, “IT’S NOT MY JOB TO CONVINCE YOU THAT GOD EXISTS”. Obviously he suffers from the Universality Bias: because he has never felt the presence of God, God cannot exist.

Once I countered his argument by pointing out that he believes in all sorts of stupid shit that I don’t believe. “Like what?!” he demanded indignantly. “Australia” I calmly responded.  He was incredulous? How can you not believe in Australia?!?! He demanded. I told him that I had never been to Australia therefore I had no basis to believe it exists.  He could let it go. “But you’ve met people from Australia!” He demanded that I believe in Australia. No, I told him, all I could swear to is that I have met people who CLAIM to be from Australia. He countered with maps, and globes, and Rupert Murdoch and Fox and Kangaroos.  I knew it would enrage him but I couldn’t resist. I told him that for all I knew all of the examples he gave me could have been made up.  I acknowledged that I was able to believe in Australia even though I hadn’t experienced it myself.

Within and without the world of Safety our Universality Biases screw up our world view.  How many times have the members of the Cult Of Zero tried to prove that Zero Injuries is possible by claiming that they have achieved this in their workplaces? By that reasoning, 154 injuries is also possible because I know of a company that had exactly that number of injuries in one year or they averaged 154 injuries over 5 years.   This logic is akin to the waiter, when I ask what kind of soup do you have answers, “we have chili”. CHILI IS A FUCKING STEW NOT A SOUP! You may well also have a dead cat’s eye floating in  vanilla pudding but I didn’t ask what kind of pudding you had and I didn’t ask about your fucking STEW. I grant you that it is a small point but it is a point that I cling to as I am a small, petty, angry little troll of a man,

Some readers and attendees of my speeches genuinely HATE that I reference personal anecdotes to illustrate a point.  They have openly state that “just because something happened to you doesn’t prove it exists.” That is a cowardly way (although probably the smart way) to call me either a liar or just plain crazy.  I am careful not to make sweeping generalizations where I claim that because something happened to me, or because I believe in something that is true for everyone. But that is the claim of those suffering from the Universality Bias. They think that I am speaking for all of mankind when I am clearly not.

Recently I had a clogged pore in my ear that became infected.  The infection spread to my neck and manifested in a burning sensation that radiated out from my ear into my neck and down my back.  I went to the doctor and told him that I think I had pulled my neck (my ear really hadn’t started to hurt until the clogged pore was lanced and then the pain was excruciating.  If you suffer from the Universality Bias you would argue that it was a pimple and not a clogged pore or maybe that it wasn’t a single ailment but two that coincidentally happened at the same time, you might even claim that it didn’t hurt.  Some people (do I really have to say, not every man, woman, child, and sundry mammals every time I assert something?) because of insecurity, the fragility of their conviction or faith, are so defensive of their world view that they cannot accept the merest possibility that something outside their life experience can exist. They will ignore the facts in favor of impossibility because they have not experienced or are afraid to believe these seemingly contradictory facts.  These are the sick bastards who slurp down chili and call it soup; they are insane.

I have been writing this blog since 2006 and have been very resistant to accepting advertising revenue for it.  Some of you may think that I’m stupid for doing so, but I just don’t think I can remain impartial on the topics I address if I am receiving  revenue from advertisers that are selling something with which I am philosophically or fundamentally against.

It gets to be a drag writing post after post week after week especially for no compensation—people tend to see things that they get for free as having no value.  So if you enjoy this blog I hope you will consider buying one or more of my books.  I don’t make much on these books (the perils of being actually published verses self-published) but I gauge my relevance (rightly or wrongly) based on my book sales.  If you have already purchased one or more of my books, thank you.  You have my heartfelt gratitude and what you hopefully see as at least a book that was worth the purchase price.  But even you can help me if you are so inclined by writing a review of my book (even if you hated it) on Amazon, Barnes and Noble, Goodreads, or even in a LinkedIn Post.

And no, I won’t hold it against you if you just continue to read the blog and occasionally find the opportunity to think about what I’ve written,

WARNING: What follows may just teach you something but you won’t get any CEUs for it, you’ll just be better educated and informed but seriously who wants or needs that?

Some time ago, I read an article in the Metro Times (a Detroit Weekly) about a Facebook group essentially dedicated to encouraging attacks on women, Democrats, Muslims, and LGBTQ persons. There were hundreds of specific threats of violence. You don’t have to buy my book, but I wish you would. But if you want to help follow this link. Search LinkedIn to find out where these people work and encourage their employers to fire them. This isn’t a political statement, I would react the same way if people were saying that White Heterosexual Christian Men were the targets. Purveyors of hate need to feel real-world consequences. All it takes for evil to triumph is for good to do nothing.

Violent acts begin with violent thoughts that turn into violent posts on social media. How long are you going to continue to throw your hands up and say, “what can I do?” My second book, Lone Gunman: Rewriting the Handbook On Workplace Violence Prevention. answers this question. This is all new material that cannot be found anywhere else. In light of all the talk and panic around gun violence, and the shamefully bad advice some “experts” are giving I hope some of you will read it and pass it along to your executives and HR leads (go ahead, expense it, they will be glad you did.)

Before you dismiss this as yet another shameless plug for my book I want you to ask yourself these questions:

What if anything is my employer doing to reduce its risk of a workplace attack?

Do the people who are doing the hiring at my workplace know the warning signs of a workplace attack?

What can I do to prevent workplace violence?

If you don’t have the answer to any of these questions, use your Amazon gift card to buy the book. It can be purchased in hardcover or paperback at Amazon or Barnes & Noble

I should warn you, this isn’t a book that is pro- or anti-gun ownership rights. The book has extensive sections on spotting an unstable employee (some people’s lives will take a dark and desperate turn long after you have hired them but there are always signs), the types of work environments that tend to trigger these events, and I recently returned from Dublin, Ireland where I spoke on how companies can leverage technology to protect workers from workplace violence. But all the books, and magazines, and speeches in the world won’t change a damned thing if you keep thinking that it can’t (or probably won’t) happen to you or someone you love. You can bet your life that we will see more similar shootings in the weeks or months as people who are currently at the brink of sanity see the news reports and think, “now’s the time”. WAKE UP, PEOPLE!!!! This book is peppered with the sarcasm, self-deprecating humor of the first book, but it also makes use of my extensive knowledge of violence prevention in the workforce (that I gained as head of training and OD for a global manufacturer.) You should buy it.