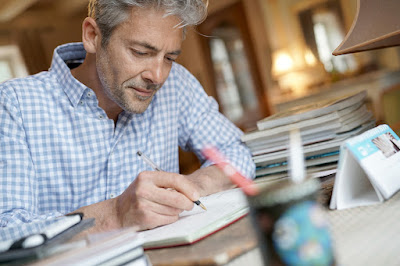 The Value of Remembering The Good and Not So Good.

I have begun a 52-week creative writing course. Every seven days there is a new topic with some probing questions. The goal is for me to take life experiences, attitudes, and brainstorming to enhance both my writing skills and provide me with possible posts for this blog.

One of the first series of questions dealt with work. I was to write a paragraph or two about all the various jobs I have held in my lifetime, both paid, and volunteer positions that were long term.

Then, I was to recall my worst employment memories and the best ones to help me uncover some personality traits and decisions that put me in those positions. Finally, I was to develop a handful of takeaway life lessons.

I am aware that some of what I wrote, and will now convey, won't be completely relatable to you. They were things that happened to me that you likely don't share. But, there is a chance if you read through my responses to this writing course, it might trigger some memories of your own. Maybe some were suppressed, forgotten about, or maybe bring back a flood of positive remembrances.

A) Jobs and long-term volunteer commitments I remember:

My worst job was as a counselor in training. I had to call my parents to take me home after realizing I was completely unsuited. I was much too immature to be in charge of kids just a few years younger than me. I picked favorite campers, became homesick, and found a strong dislike for a cabin/in-the-wood lifestyle. I think I lasted less than a week,

My Grandad wrote me a wonderful letter about understanding what had gone wrong and to learn from it, to not get too down on myself. He turned a personal disaster into a supportive learning moment. I will never forget his grace at that moment.

The second worst job was taking a new company startup position in Tucson and having my righthand man quit to go into competition. I had no idea what I was doing in setting up that company. Once another part of the company's business fell through, my job quickly vanished.

Of course, that firing set up a very successful self-employment ride. But, initially, it was scary. In thinking back, I don't remember ever being in a real panic. I was pretty confident from the beginning that I could land on my feet and support the family. But, mac and cheese for the better part of a year leave some scars.

One of my radio on-air jobs was really a step down from the previous one. Both in terms of the people and learning, it was a placeholder for whatever was next. I was beginning to understand that being a disc jockey wasn't to be my long-term future.

I knew being a program director had to in the very near future. I would probably have been better served to stay at the first station until that happened. I think I got kind of bored and started to feel unfulfilled with the sameness of the job each day, even though the air work was quite a kick.

So, I took a position closer to my hometown. But, it didn't help me grow my skills at all. There was no one to teach me or prod me into improving. This was a 12-month long mistake.

Best jobs? Probably the first part-time work at a small local station near my hometown. At 16 I felt grown up and found it very fulfilling. I was like a sponge, soaking up everything from people who, in hindsight, weren't the best teachers. But, they motivated me up to commit to this as my life's work.

Doing live broadcasts at the county fair and car dealerships was a rush. Thinking back, I have often wondered how the Ford dealer felt paying for a radio station live appearance and having a 16-year-old kid running it. Probably disappointed!

Most important to my future was being hired by a consulting company based in Cedar Rapids. That was a strong vote of confidence in my skills in radio and set me on a path that would result in a national reputation and solid future. The people I worked with were stimulating and generally supportive. I learned to spend much of my time on airplanes and in hotels.

I did learn one very important lesson: a large corporate position wasn't my best fit. I had a hard time agreeing with what I saw as bad decisions, trying to fit into a particular mold, and having to temper my speech and communication to not rock the wrong boat.

At one point I was working for the broadcasting arm of the Mormon church. Being a non-Mormon created a constant undercurrent of being an outsider. I wasn't particularly religious or opposed to their primary beliefs...I didn't give them much thought. Bonneville was a meal ticket and an excellent listing on my resume. However, I probably couldn't have bought into their philosophy of life and family, and beliefs for too long without things becoming uncomfortable.

After the corporate exposures and being fired in Tucson, I was forced into self-employment. The sales part and the marketing didn't come naturally to me, but word of mouth, well-known clients, and a string of successes led to a comfortable life.

The downfall came from not growing. I simply repeated what I already had learned while the industry changed around me. I dedicated absolutely no time in analyzing what I and others were doing and how my product could have been improved.

I also became a little too full of myself, refusing to wear appropriate "consultant clothes,"  at times, under the attitude if they couldn't take me the way I looked, then who needed them? Bottom line? I did.

I remember one particular time when I showed up at a new client in a casual shirt and pants instead of the normal suit or sports coat and tie. I still recall a rather shocked look from the woman who met me at the airport. She was expecting a management-looking person, not someone dressed like one of her on-air jocks.

Pride before the fall. Taking too many clients. Not investing in myself in terms of learning and growing. And, having the industry change so dramatically that how I worked was doomed.

I was offered a chance or two to join a company as an in-house consultant or programmer. But those opportunities would have involved a move, put me back in the corporate world that I knew was a bad fit. I decided my freedom and possible income would be too restricted.

End result: out of business about 10 years earlier than I expected to be. Commitment to a spend-less-then-you-earn lifestyle for the previous 30 years meant we did not have to fight to remain in what had become a grind for me.

For the last 5-7 years of my self-employment, I think I was just going through the motions. That was completely unfair to the clients paying me, and to myself for doing something I was no longer passionate about.

2) Invest in yourself continuously

4) Plan for the end of your employment life even if you have no idea when it will occur.

I hope this "behind the curtain" look was interesting or at least caused you to think a bit about what major factors brought you to where you are in life now.

I get a fresh set of probing questions from the writing course every Monday. What lies ahead?

The Value of Remembering The Good and Not So Good.