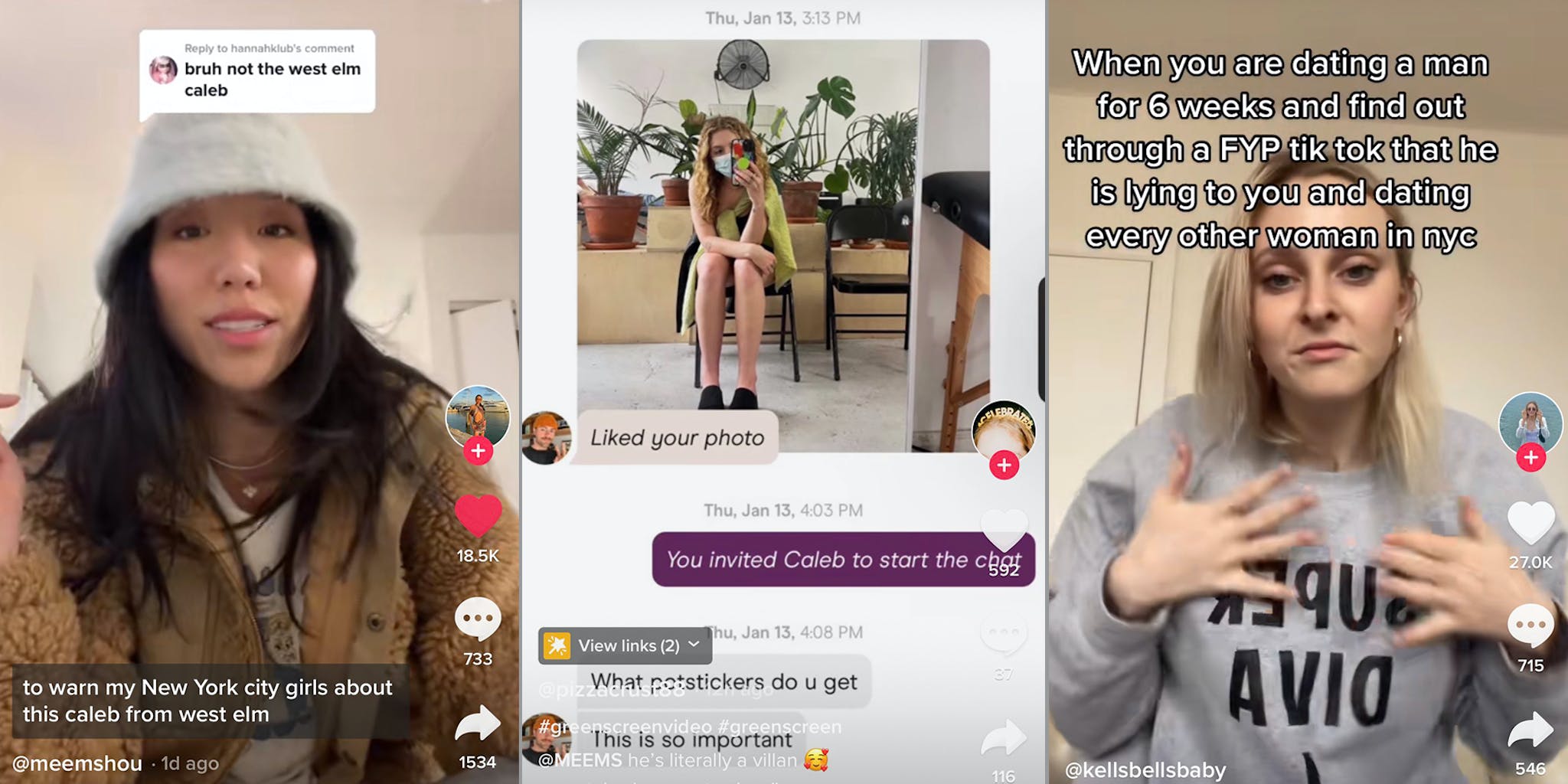 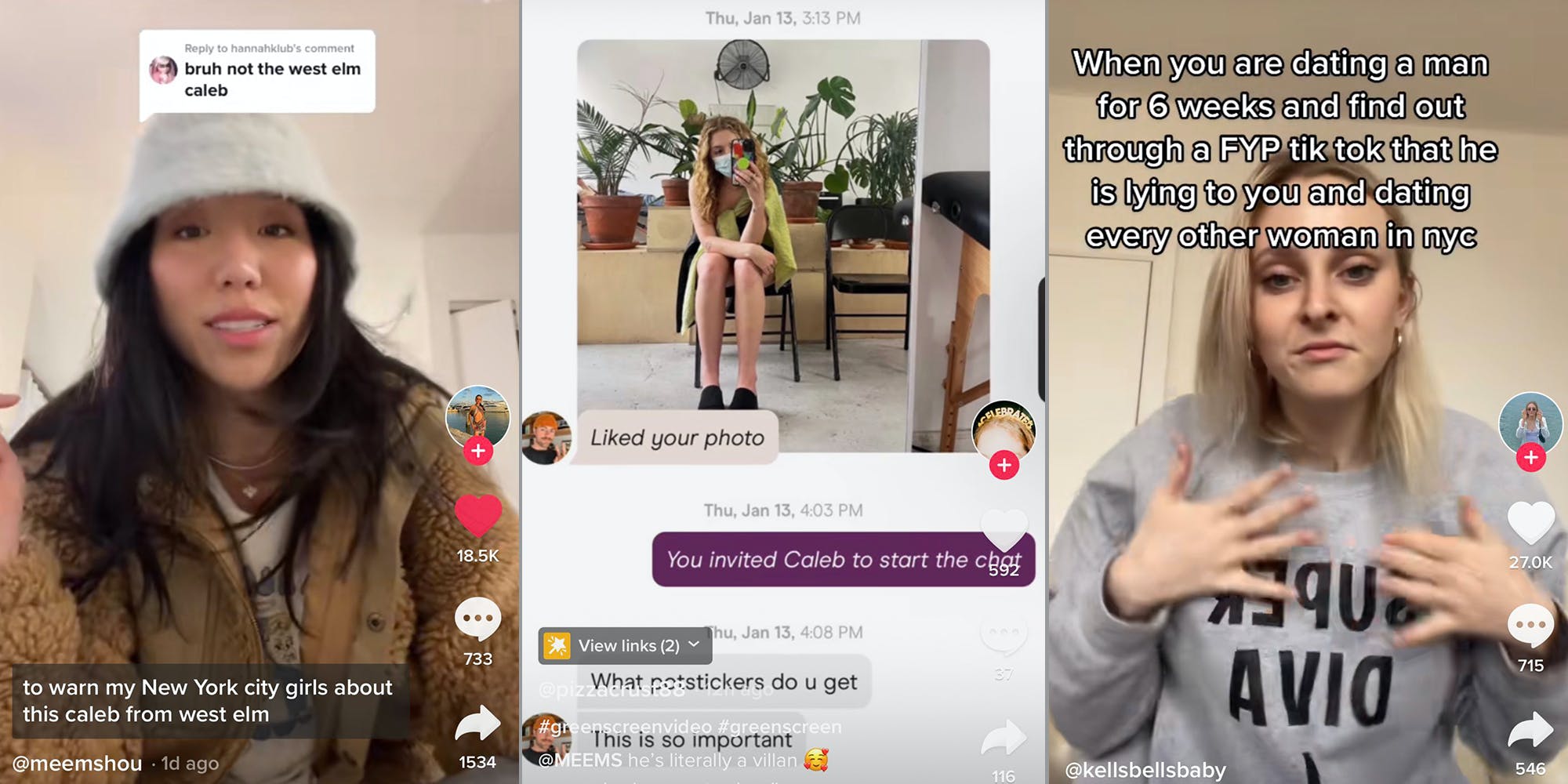 Who is West Elm Caleb? Allegedly he’s just a guy who’s been ghosting NYC women on dating apps, but TikTok has pushed its investigation into murkier territory.

Earlier this week, TikToker meemshou posted a warning to other “New York City girls” about a guy she matched with on the dating app Hinge, named Caleb. She then got comments and messages asking if she was talking about “West Elm Caleb.”

Another woman, Kate Glavan, also went on a date with West Elm Caleb, named as such because his job as a West Elm designer is apparently listed in his Hinge bio. Another woman DM’d her to warn her about WEC. TikToker kellsbellsbaby claims she’d been dating him for six weeks and found out from TikTok that he was dating other women. There were several more testimonies about going on a date with or matching with Caleb or Caleb-like guys. The West Elm Caleb hashtag has more than 18 million views on TikTok.

At first, it seemed familiar; a collective warning about a guy who’s ghosting women on a dating app and acting sketchy. Beyond ghosting, unsolicited dick pics were allegedly sent, “love bombing” was frequently referenced, and he apparently sent women the same Spotify playlist that he claimed he made just for them. It’s shitty behavior, and there's nothing wrong with giving others a heads up.

But then a second wave appeared, one in which TikTokers, many of them states away from New York, got a little too invested in investigating this man who, as of Thursday, has still not publicly commented on any of this. As New York Times reporter Taylor Lorenz noted on TikTok, recent posts on West Elm’s Instagram account are filled with comments about Caleb, and TikTok’s official Twitter account deleted a tweet about West Elm Caleb “drama” on Wednesday, though at that point people had already apparently posted his photo and other personal info.

They're referencing a TikTok from September, posted by Lauren Zarras. It went viral after TikTok "sleuths" decided her long-distance boyfriend (Couch Guy) wasn’t surprised enough when she showed up unexpectedly. The alleged reasons why quickly piled up, the most popular being that he was cheating. Robert McCoy—his real name—wrote about the surreal experience of watching strangers investigate his life and body language: “Meanwhile, as internet sleuths took to public online forums to sniff out my name, birthdate, and place of residence, the threat of doxxing loomed over my head.”

Several women also posted messages allegedly from Caleb. In one message from earlier this week, he admits to being “in a really dark place.” Elsewhere, he allegedly told kellsbellsbaby he’s “pretty traumatized by this whole thing” and doesn’t “know the vast majority of people commenting” on her TikTok.