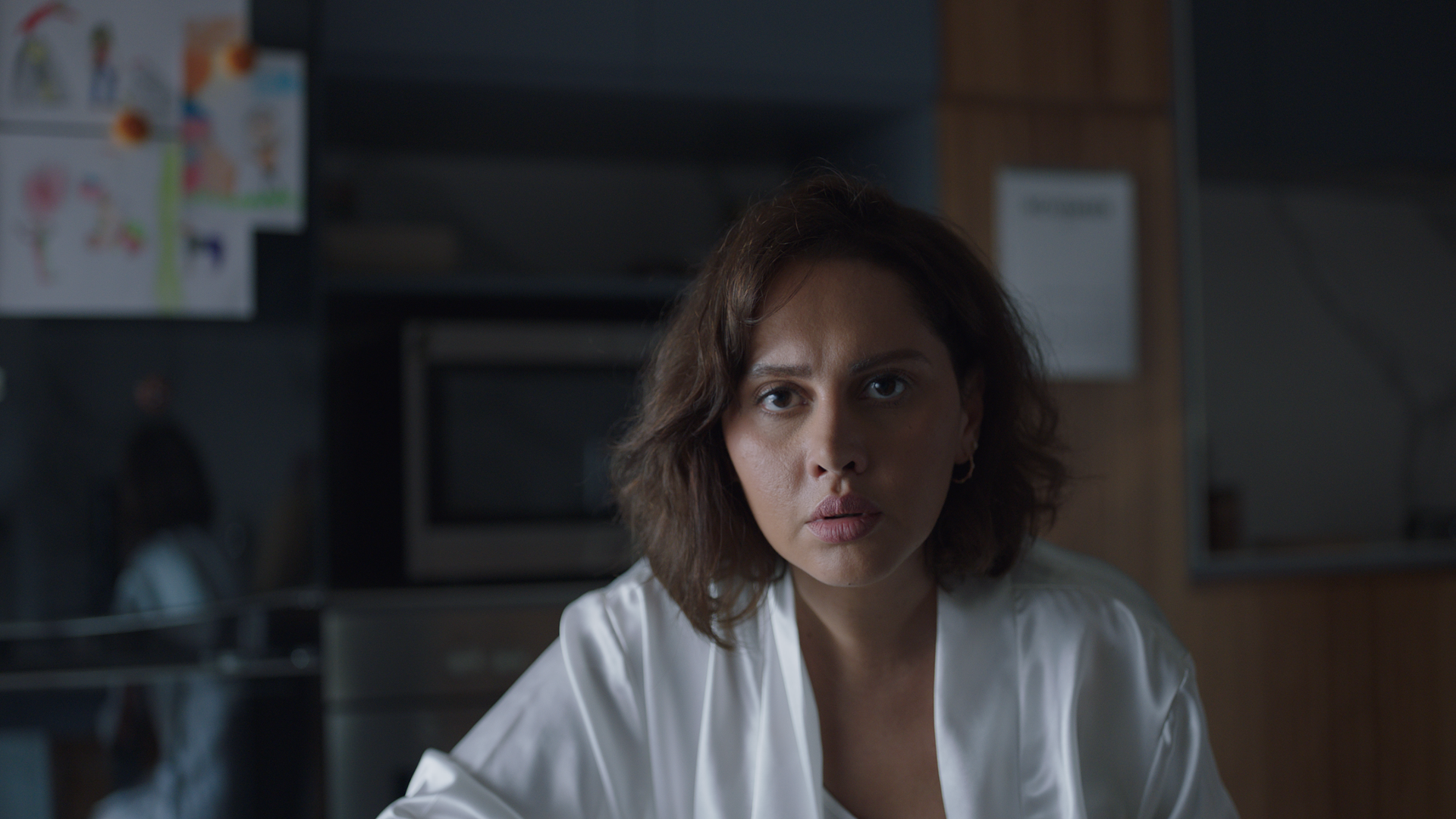 This review comes with a spoiler alert warning

A ‘phenomenon’ is defined as ‘’someone or something that is very impressive or popular especially because of an unusual ability or quality’’. ‘Sixty Minutes’ can truly be labelled as a cultural phenomenon for its original and bold approach to exploring violence against women.

On the 25th of November, the United Nations celebrates the international day for the elimination of violence against women through its campaign ‘Orange the World: Fund, Respond, Prevent, Collect’. ‘Sixty Minutes’ presents a unique example of the role of art in portraying the repercussions of sexual violence and harassment against women. Through a gripping narrative, we follow Yasmin (Yasmin Raeis) (figure 1), the young wife of the famous consultant psychiatrist Adham (Mahmoud Nasr), and mother to their son Marwan (Mudather). On the surface, Yasmin can’t be happier, a pampered housewife enjoying a privileged life style. What lurks beneath the shiny exterior is an abusive relationship where she is regularly subjected to domestic violence and marital rape. Adham believes that love comes in different guises, one of which can be expressed through inflicting pain. His recurring quote ‘love is pain’ sums up his twisted behaviour.

The suicide attempt of Sara (Fatima Al Banawi) (figure 2) one of Adham’s patients triggers a series of unexpected events exposing his criminal behaviour as a doctor. Yasmin cannot remain silent anymore. Supported by a sympathetic lawyer, Mariam (Sherein Reda) (figure 3), Yasmin openly challenges Adham on social media platforms. Mariam is driven by her strong belief in the just cause of Yasmin, Sara, Layla (Maha Nassar), and Yara (Talia Shereef); all of whom were scared to speak up against Adham for fear of damaging their reputation. Reporting crimes of rape and sexual harassment is fraught with unwanted publicity, and a damning reaction from a misogynistic society blaming the victim and finding excuses for the male perpetrator.

The series echoes two key themes of the UN campaign, ‘Respond and Prevent’; responding to violence by reporting and preventing it from becoming a ‘shadow pandemic’. Several themes are also explored here: doctor-patient relationships and the professional boundaries that govern their encounters, consent in intimate marital relationships, psychosexual orientations, the stigma of mental illness and suicide. Suicide is still viewed as a sign of weakness and lack of faith in Arab societies. The two suicides in the series reflect how much public education is required about mental illness; one suicide is covered up and made to look like natural death, and an attempted suicide victim is subsequently driven to end her life following a hostile bullying response on social media platforms.

The role of family members endorsing their children’s abnormal behaviour is seen in Dr Nawal’s attitude (Sawsan Bader) (figure 4), Adham’s dominant mother. Being fully aware of his deviant tendencies as a child drives her to cover up his tracks all the way to the tragic end.

The superb sensitive direction of Miryam Ahmadi and insightful script from Mohamed Hisham Obaya enables the audience to bond and empathise with these women. The intriguing series title highlights the significance of time; every minute counts either in the sixty-minute consultation time Adham spends with his female patients/ victims or in the fateful minutes Yasmin endures waiting for a life or death verdict. Credit for the authentic portrayal of the characters’ psychological state goes to expert psychiatrist input from Dr Nabil El Kot, who also acts as the compassionate Dr Ali Al Khayal, Adham’s father counsellor.

The unanimous positive reception confirms the importance of the series as a pioneering TV document where Time’s up and #me-too stories are coming from Arab women this time round. The UN state: ‘’Violence against women and girls (VAWG) is one of the most widespread, persistent and devastating human rights violations in our world today remains largely unreported due to the impunity, silence, stigma and shame surrounding it’’. Multi-agency advocacy supported by initiatives championed by women from all walks of life are crucial to addressing VAWG. We all need to respond, challenge and agitate the status quo till all forms of injustice against women are eliminated.

The post The Women’s Hour appeared first on Medical Humanities.