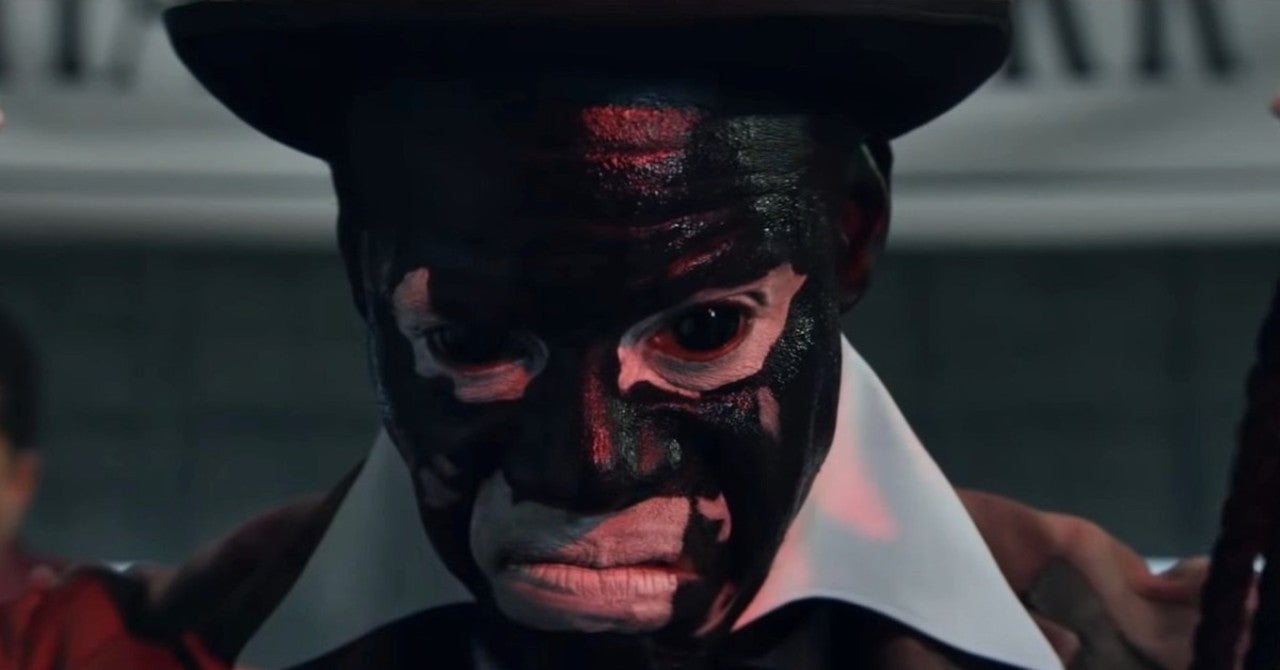 Them: Amazon Horror Anthology Getting Rave Reviews From Fans Online

Amazon's Them is getting some pretty rave reviews and is certainly generating a nice buzz for itself, online. One look at social media (see below) shows that Them's horror anthology take on topics like racism is connecting with fans. The show stars Deborah Ayorinde and Ashley Thomas who play the parents of the Emory family, with Shahadi Wright Joseph and Melody Hurd playing their daughters Ruby and Gracie. When the Emory family move into an all-white neighborhood in the 1950s, the neighborhood (including Alison Pill, Liam McIntyre, and Ryan Kwanten) does not take it well, at all. Also, the Emory family's home is haunted by supernatural forces.

Take a look below to see what people are saying about Amazon's Them:

Amazon Prime Video: THEM, starting tomorrow. The first episode scared the hell out of me, and I'm hard to scare. Bonus: If you've never seen a bunch of extremely creepy white ladies in 50s dresses, here's your chance.

Them scared in the maestro of horror himself, Stephen King. And we're pretty sure it wasn't the supernatural part that scared him the most.

Stressed In 20 Mins or Less

I'm about 20 minutes into #Them on Amazon Prime and I'm already pissed the hell off..... pic.twitter.com/syWvw4uysT

It doesn't take long for Them to get your blood pressure rising. We can speak from experience.

She's so fucking beautiful my lord. #Them pic.twitter.com/sYchpqKzgu

Deborah Ayorinde definitely a breakout star of Them. If you didn't recognize her talent in Luke Cage (Candance) or the movie Harriet (Rachel Ross), it's hard to miss it now.

The Original Karen #Them

Alison Pill is crazy good in this!!!! pic.twitter.com/uDV3JWadH2

It's a real trip seeing the Alison Pill we know and love ( Star Trek: Picard, The Newsroom) play such a horrific villain. But he does it so well.

The "Yt" people playing they roles a lil to damn good fa me #THEM pic.twitter.com/T5WaLo6N8N

yall know most of the white people in #Them weren't acting... they played their roles a little too well pic.twitter.com/tt3KaLc3Xz

Some people think the white cast of Them pulled off their roles a little too well. Just remember: exploring the kinds of conversations behind closed doors - on both sides - was a bold thing to try. The whole cast did their jobs well if we feel so uncomfortable watching.

Lawd knows I'm trying to watch #Them on #AmazonPrime but pic.twitter.com/U5sJxlDV00

To call them "triggering" for a lot of viewers would a serious understatement.

Ya I'm gonna have to pause #them and watch it in the day time. pic.twitter.com/Gh5dvKpaS0

Viewing Them at night is too much for too many.

Let's Never Do This Again

I'm going to finish #THEM but let's not do this again. We have a lot of folklore, urban legends, horror stories that can be told without incorporating Black trauma in high ass volumes. This series did the most and not in a good way. pic.twitter.com/1IRHZOqco9

That was powerful, thought-provoking TV. Now let's never do it again, please.

THAT Cat Scene THO... (SPOILERS)

Them doesn't just stress. It HORRIFIES.

"Hold my purse" #Them pic.twitter.com/lfmulKubBT

That felt good to us. How about you?

Them: Amazon Horror Anthology Getting Rave Reviews From Fans Online