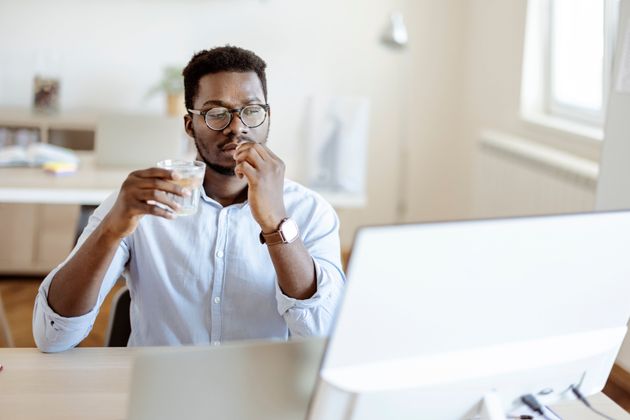 There's New Guidelines On Antidepressants, Here's What That Means For You

Doctors are being told to offer a choice of exercise or therapy instead of antidepressants, according to new NHS guidance.

Under new draft guidance by the National Institute for Health and Care Excellence (Nice) – which is subject to consultation – GPs are being told to not offer antidepressants in the first instance to those with mild depression.

Instead, they’re advised to recommend a “menu” of options, including talking therapies, meditation, and mindfulness.

But what does this mean for those already on antidepressants?

A spokesperson for NICE told HuffPost UK that the guidelines are for new patients with mild depression, not those already on treatment for mild or severe conditions – so you don’t need to worry about your prescription being disrupted.

“Nothing will change for people under the supervision of a health professional, that are already on antidepressants. So for them, nothing changes,” the spokesperson said.

“And if antidepressants aren’t working, our advice in the guideline is to taper their medication and safely withdraw over a number of months, but nothing actually changes for people currently receiving treatment for mild and severe depression.

“The guidelines are for people seeking new treatment or those looking to come back to treatment.”

NICE also states that the same psychological interventions – along with the option of antidepressant medication – will remain available to those with more severe depression.

Why is the guidance changing?

In its new guidance, NICE looked at the evidence on the treatment of new depressive episodes, chronic depression, preventing relapse, patient choice, and the organisation of, and access to, mental health services.

The committee said it wants patients with less severe depression to be able to discuss with their healthcare practioner the best course of treatment for them.

The recommendations come after previous research from the NHS in October showed that more than 300 people a day are attending A&E complaining about depression. In the past year to March, the most popular complaint among 114,000 patients in emergency departments was “feeling depressed”.

According to the Office of National Statistics, around one in six (17%) adults aged 16 years and over in Great Britain experienced some form of depression in summer 2021.

The rate remains higher than those observed before the coronavirus pandemic (July 2019 to March 2020), where 10% of adults experienced some form of depression. Previous data also shows that the UK is the sixth highest consumer of antidepression medication.

The new guidance also tells doctors to discuss mental health waiting lists with patients and how long they may need to wait for treatment.

It adds that medics should discuss what happens if people want to stop taking antidepressants, including that antidepressant withdrawal may take weeks or months.

Nav Kapur, professor of psychiatry and population health at the University of Manchester and chair of the guideline committee, said that patients will have autonomy over what they are prescribed.

He said: “This is a broad ranging guideline on depression which has been an enormous challenge to produce.

“In particular we’ve emphasised the role of patient choice – suggesting that practitioners should offer people a choice of evidence-based treatments and understanding that not every treatment will suit every person.”

If you have concerns about your treatment, chat to your GP about it and the best course of treatment for you.

There's New Guidelines On Antidepressants, Here's What That Means For You