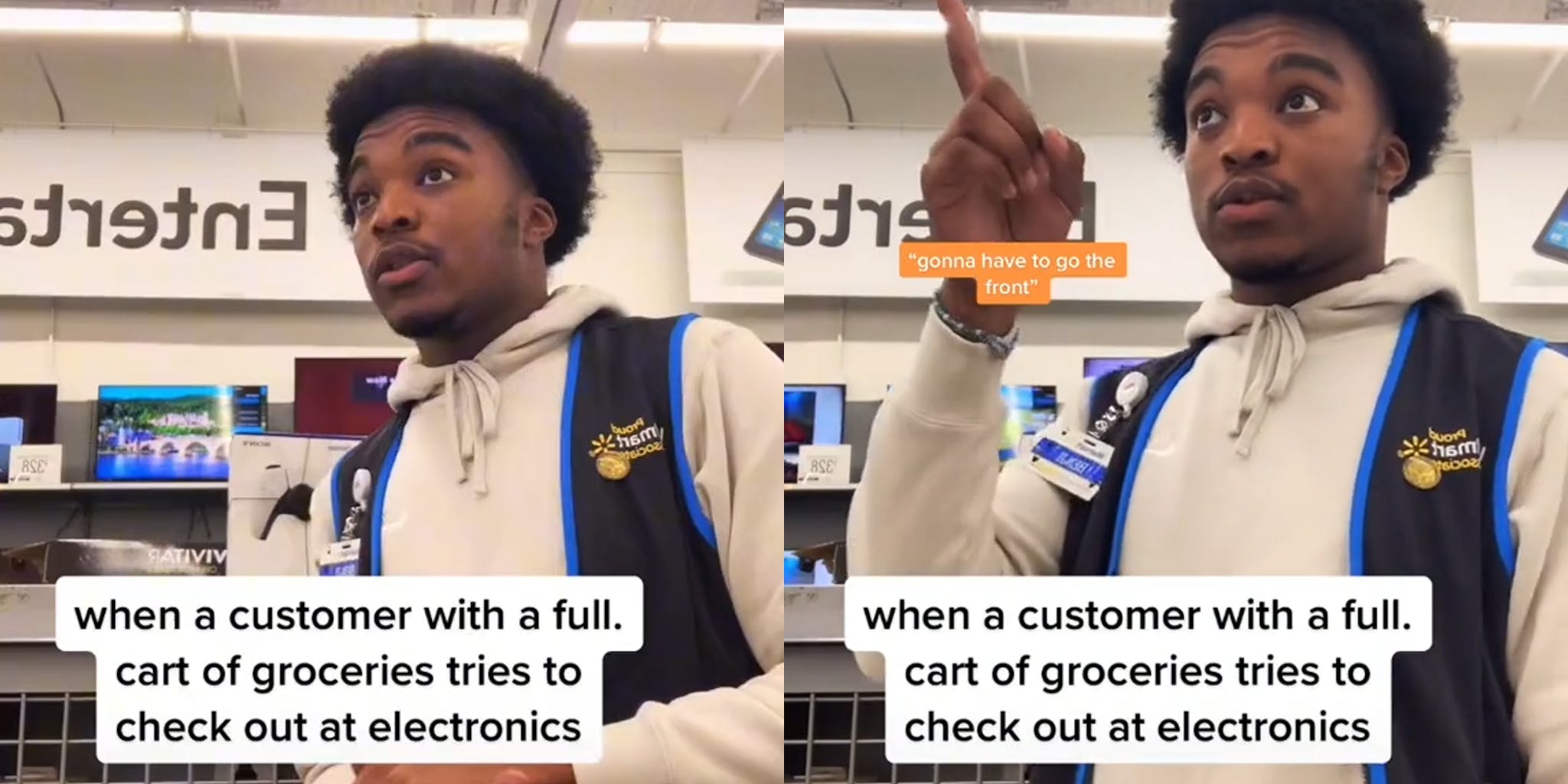 ‘They be acting like it’s completely normal too’: Walmart worker puts customers who try to check out their groceries at electronics section on blast, sparking debate 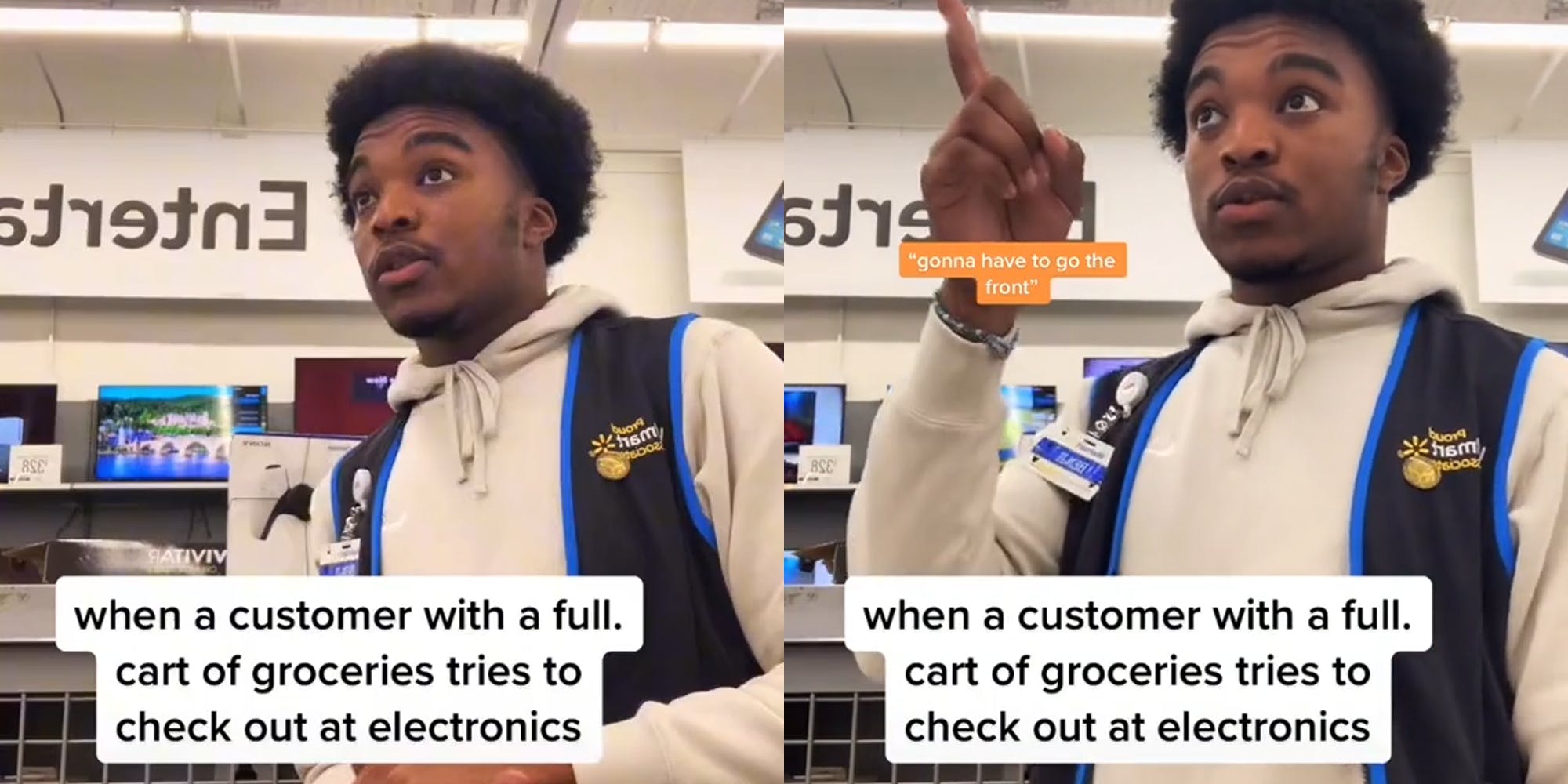 A Walmart employee is putting customers on blast for trying to check out their groceries in the electronics section of the store, sparking a debate in the comments section of the TikTok.

The video was posted by @benji.2x on Jan.4, and it has racked up 1.3 million views since then. The video features text overlay that reads, "When a customer with a full cart of groceries tries to check out at electronics."

The TikToker mouths the words to J. Cole's "Love Yourz," basically telling customers that while they "came a long way," they "went the wrong way."

"Gonna have to go to the front," the text overlay reads as the TikToker points them in the right direction.

"im not ringing up $300 worth of food," the caption of the video states.

Some apparent hypermarket workers chimed in via the comments section. "I tell them we don't have a weigher then they are like okay we just won't buy the vegetables anymore and give it to me to put back," one commenter wrote. "I walk away."

Another worker said customers have gone as far as to try checking out in the fitting rooms.

"People have tried to pay at the fitting room we don't even have a register," the commenter wrote.

Some customers expressed similar frustration, saying that they have tried to use the electronics checkout at their location to purchase something from the department but found that the cashier was occupied by another customer with non-electronic items.

"No for real like I'll be trying to get a charger and I can't because someone with 20 things won't give y'all the time to," one wrote.

Still, some commenters who seem to pay for their groceries at the electronics counter defended the act.

"If I'm being forced to pay for my electronic before I leave the electronic section y'all are gonna ring up these groceries too," one commenter wrote.

Regarding his own store, @Benji.2x shared in a comment that he prioritizes electronics department customers.

The Daily Dot reached out to @benji.2x via a TikTok direct message and a comment on the video, as well as to Walmart.

The post ‘They be acting like it’s completely normal too’: Walmart worker puts customers who try to check out their groceries at electronics section on blast, sparking debate appeared first on The Daily Dot.

‘They be acting like it’s completely normal too’: Walmart worker puts customers who try to check out their groceries at electronics section on blast, sparking debate