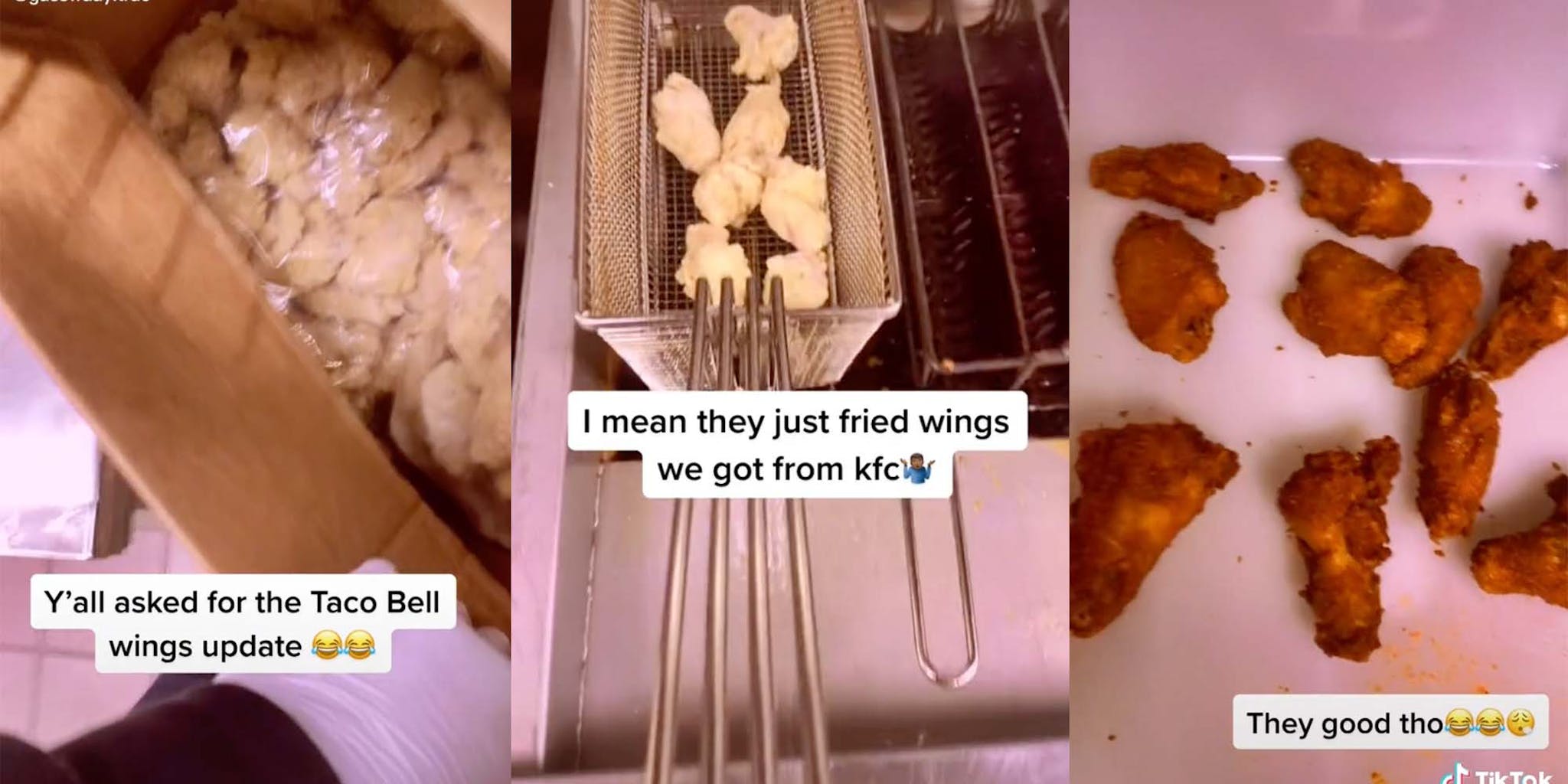 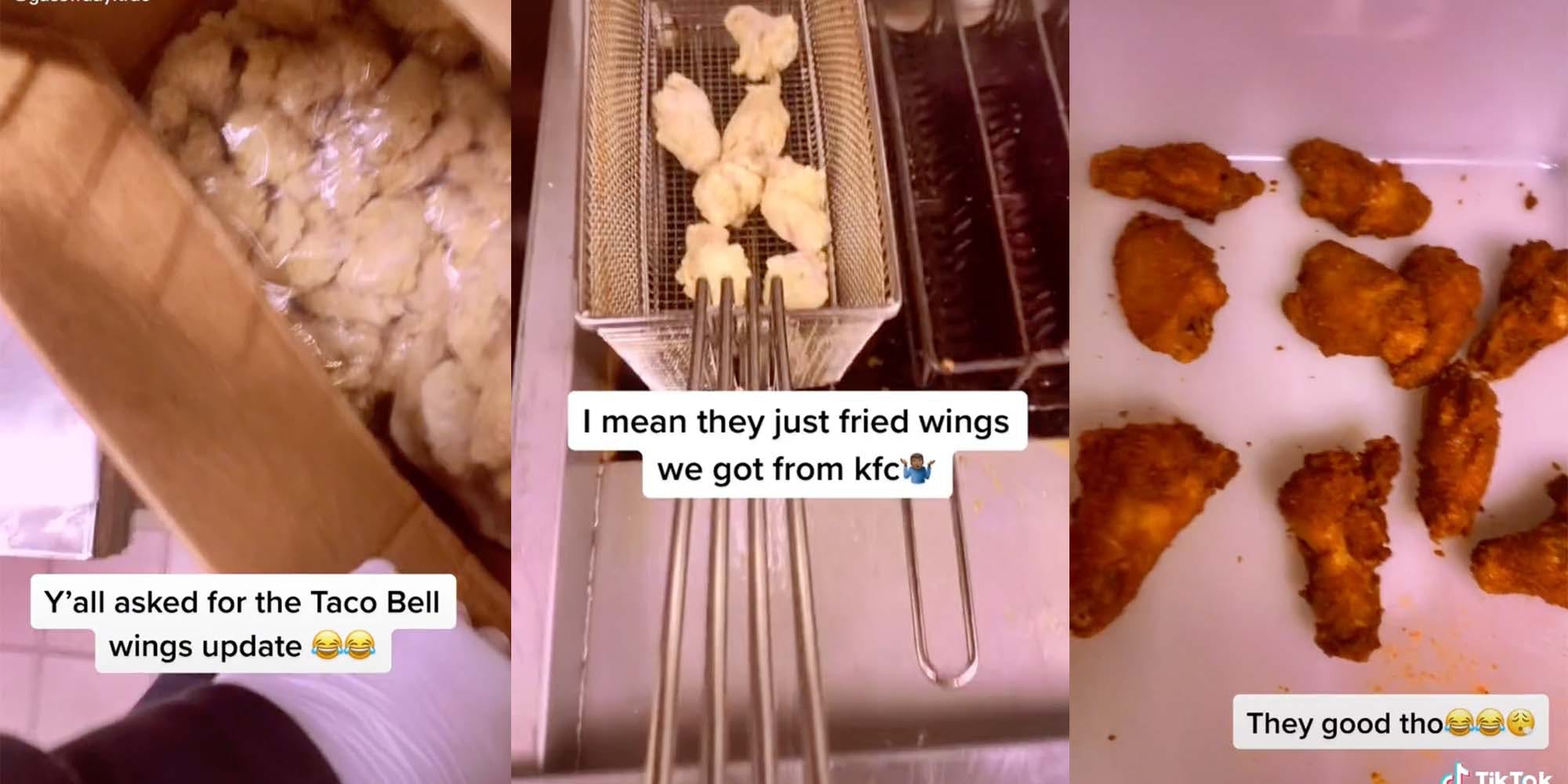 In a TikTok posted on Tuesday, Taco Bell employee @gasswaay.trae says that the restaurant's wings are "just fried wings we got from KFC."

"They good tho," the TikToker wrote in the video's overlay text. The TikTok shows him taking frozen wings out of a bag and frying them.

As of press time, the video has received more than 1.6 million pageviews.

The TikTok was an update about Taco Bell after the TikToker went viral only a day before posting the video about wings with a TikTok that stated that Taco Bell's cinnamon twists are fried pasta. (They are not).

Commenters on @gasswaay.trae's video about Taco Bell's wings suspected that the wings are actually from KFC because both restaurants are owned by Yum! Brands. The Daily Dot was not able to verify if the wings are from KFC. It's not outside the realm of possibility, however, given that it's common to see combination Taco Bell and KFC restaurants that share a building and staff.

"They are from KFC," commented _.kennedi.__ "KFC an taco bell owned by the same person."

"'Yum' food brand owns Taco Bell, KFC, Pizza Hut and Long John Silvers," wrote @deemarsha, who called the collaboration "simple marketing." "When sales are down at one, new item comes out at the other." (It's unclear if this claim is true.)

@chelziereich even suggested that KFC used Taco Bell items in its own ways. "KFC new 'secret seasoning fries' are Taco Bell fries with out the nacho seasoning."

Others were convinced that the wings were from Walmart's deli.

"Those are Walmart deli wings," wrote @mikemikeike. "I’m surprised nobody knew this."

@rich_bih_tendencies agreed. "Y’all got them wings from Walmart. I know them free Deli wings when I taste them!!!"

And some commenters worried for @gasswaay.trae now that he has gone viral twice attempting to expose Taco Bell's culinary secrets.

The Daily Dot has reached out to @gasswaay.trae via TikTok comment, and Taco Bell via email.

The post ‘They just fried wings we got from KFC’: Taco Bell worker exposes new chicken wings in viral TikTok appeared first on The Daily Dot.