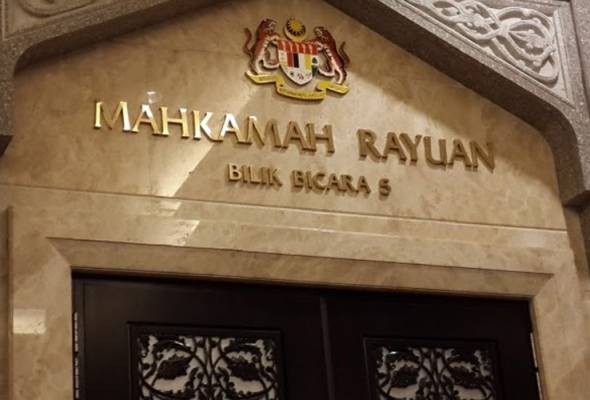 “This is a court of law, not a coffee shop” – Judge Threatens Najib With Arrest For Not Coming To Court

Today’s (7 December) proceedings in relation to an application filed by Najib to adduce further oral evidence was met with a blasting by the Court of Appeal (COA) after Najib and his lawyer Tan Sri Muhammad Shafee Abdullah, had not turned up to court.

The COA bench led by Justice Abdul Karim Abdul Jalil said that they would issue a warrant of arrest against Najib if he fails to show up for online proceedings slated for the afternoon. 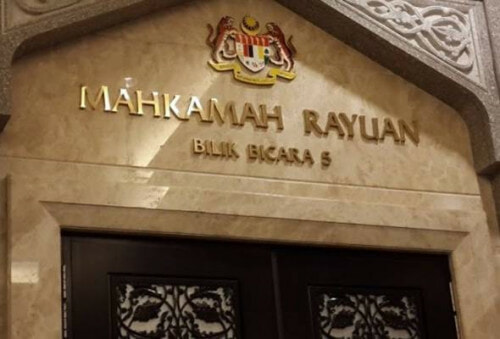 When asked on Najib’s whereabouts, one of the bailors who had arrived late could not answer.

Abdul Karim asked, “Your responsibility as a bailor is heavy. Your responsibility is to make sure he is in the court when he is supposed to be. Do you know why he is not here? Do you both know that there’s a trial today (Tuesday)?”

“You also don’t know? Where is he? In his house? This is a court of law and not a coffee shop. Don’t just play. Do you know where Najib is?”

At this point, lawyer Harvinder Singh Sidhu who appeared for Najib alone, jumped in to offer an explanation and said Najib was at home in self-isolation after coming into contact with a Covid-19 positive person.

However, Abdul Karim told the lawyer that the court is very well aware of the SOPs for such cases and that he did not buy the appellant’s excuses. 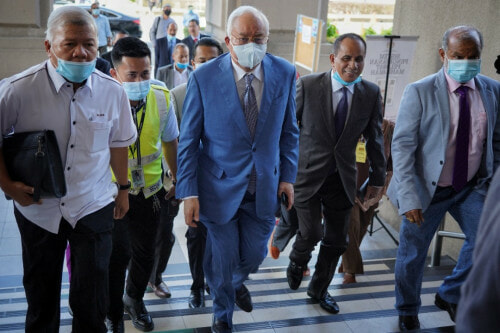 He then went on to give an ultimatum and stated that if the proceedings do not go on on, the court will cancel Najib’s bail and issue a warrant of arrest.

Harvinder had asked the judge to have Zoom proceedings tomorrow morning instead of Tuesday to get the lawyers for Najib ready, but the judge remained insistent.

“You got two options. We cancel the bail and he (Najib) will be issued a warrant of arrest immediately and be brought to the court today (Tuesday) itself.”

“The second choice — we direct that this is heard online, and this is the court direction. We don’t need consent from parties; we go online. This is more than safe,” he said.

“We will give time — at 12:30pm via Zoom. Failure to follow, we will proceed with action. This is an instruction. If the lawyers can come for Zoom tomorrow (Wednesday) morning, they can come today (Tuesday),” he added. 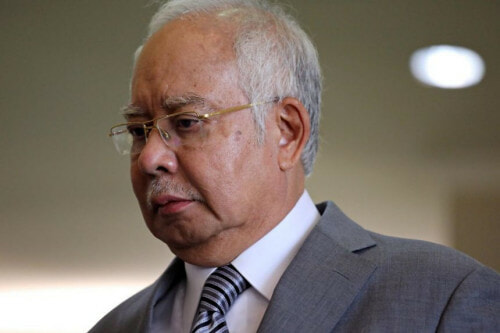 This comes as the appellate court is scheduled to deliver its decision on Najib’s appeal to set aside his conviction and 12-year jail term and RM210 million fine for the SRC offences tomorrow (8 December) morning. 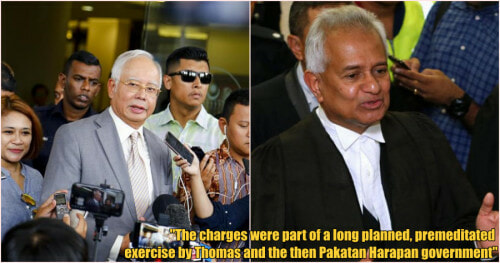 “This is a court of law, not a coffee shop” – Judge Threatens Najib With Arrest For Not Coming To Court