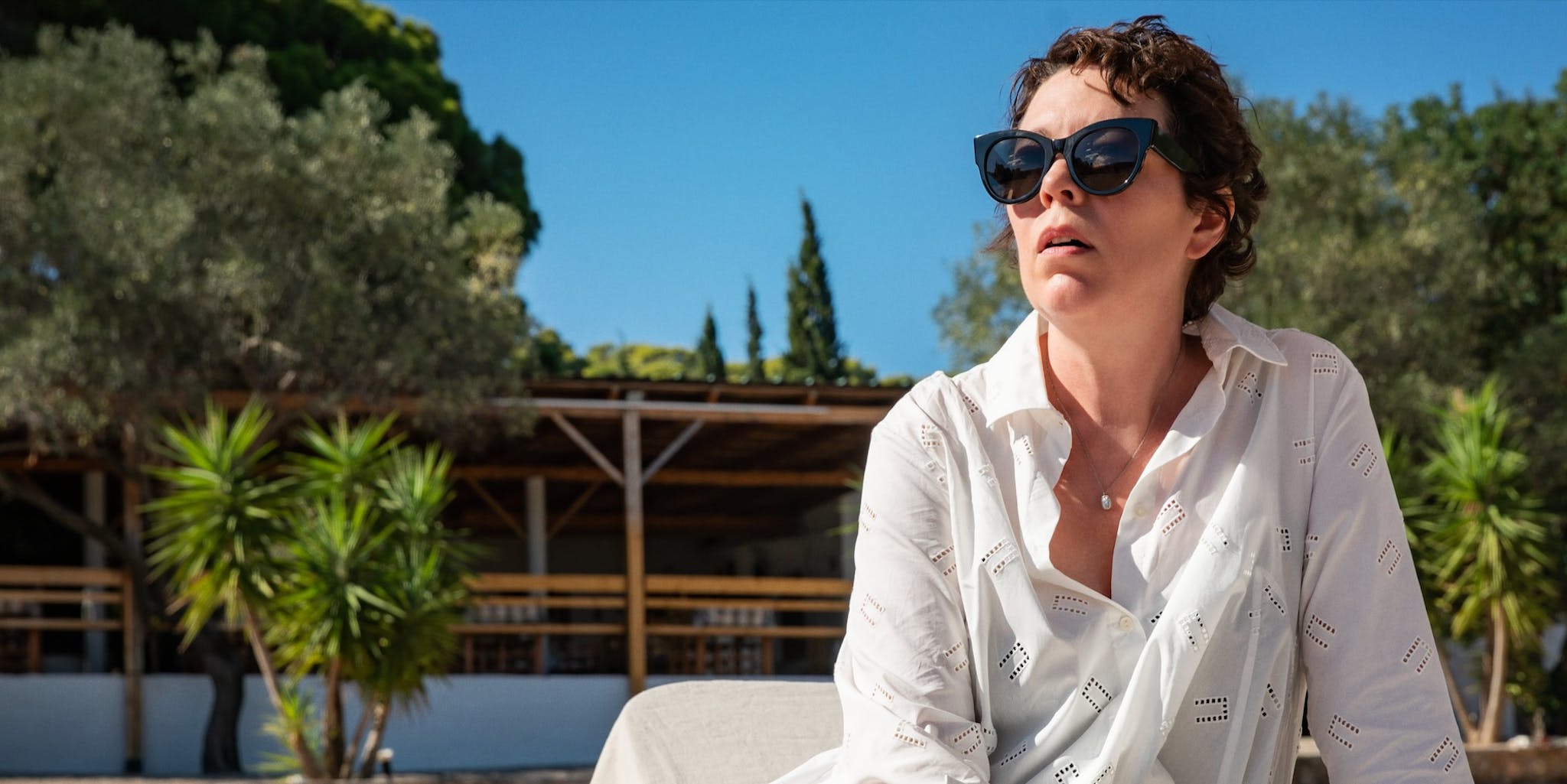 This week in streaming: The ‘Harry Potter’ reunion and ‘The Lost Daughter’ 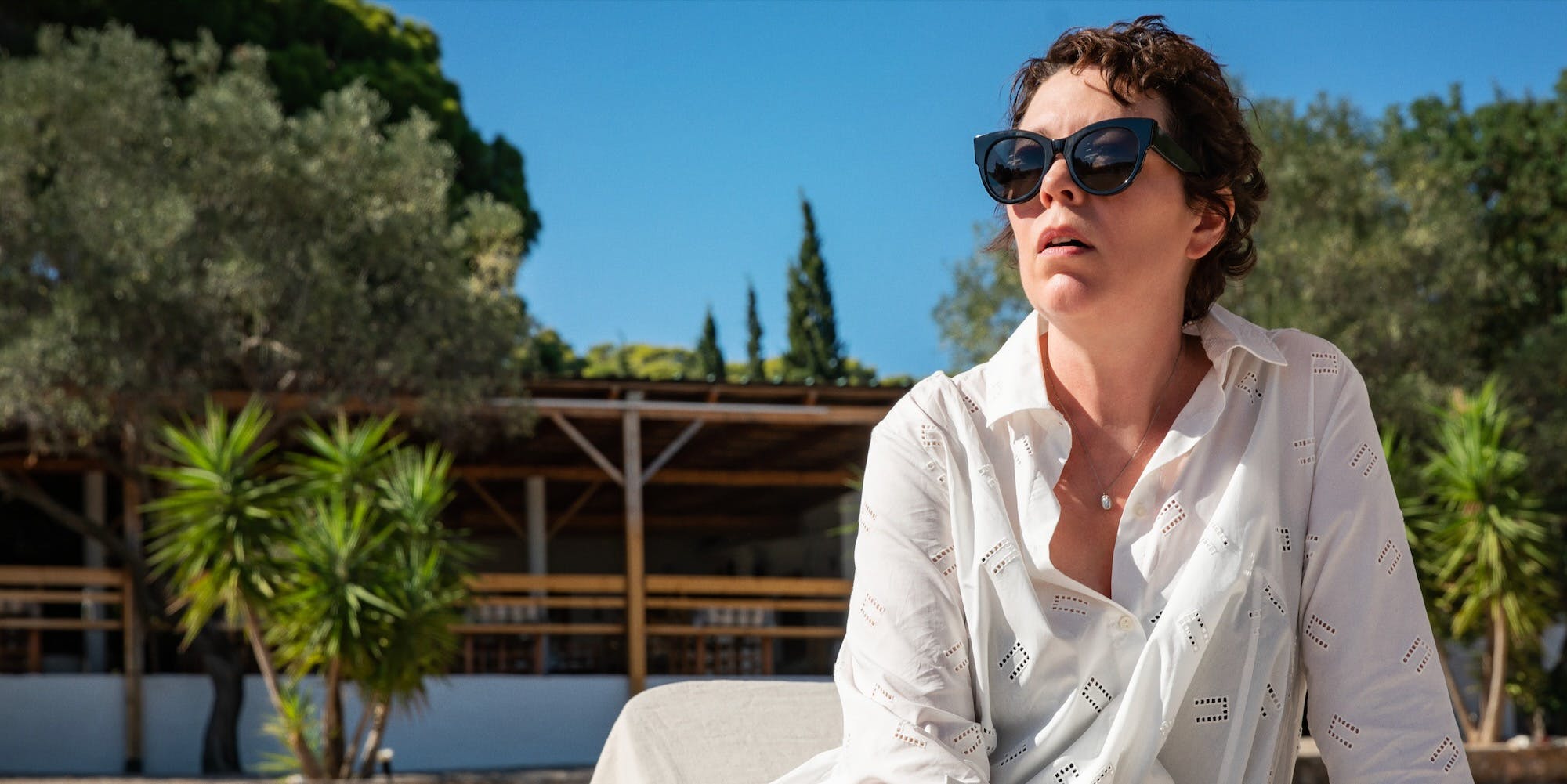 The Lost Daughter untangles some taboo complexities of motherhood

There was something oddly fitting about spending my New Year’s Day sitting down to watch The Lost Daughter, Maggie Gyllenhaal’s incredible directorial debut that just made its debut on Netflix. I wasn’t familiar with the Elena Ferrante novel it’s based on, and as it inched closer to its release, I tried reading about it as little about it as possible. I mostly knew that it involved complex depictions of motherhood (an area that the new Mike Mills film C’mon C’mon covered with great empathy). The film split its storytelling between the past and present, and Olivia Colman is great in it—which is a “duh” observation because Colman is great in a lot of things (The Favourite, The Father, Fleabag, and Hot Fuzz, to name a few.)

All of that is true, although it’s only a fraction of the film itself, which Gyllenhaal also adapted to screen. We’re introduced to Leda Caruso (Colman), a professor—from Cambridge, near Boston, she tells multiple people throughout the film—and the mother of two adult daughters who’s taking a solitary vacation on a Greek island. After the arrival of an obnoxiously loud family from Queens who rents a nearby villa, Leda is drawn to Nina (Dakota Johnson), the mother of a young girl; at times, Leda seems to see bits of herself in Nina. But The Lost Daughter is more complicated than that. Before any of that is revealed, we see Leda collapsing on a beach with some kind of injury or wound, and we won’t learn about what led to that scene for another two hours.

The Lost Daughter feels claustrophobic, a move that was likely by design thanks to Gyllenhaal’s direction and Hélène Louvart’s cinematography. When we flashback to a younger Leda (Jessie Buckley), she's a budding academic and translator who’s often left at home to take care of her daughters while her husband—in a similar career—can come and go as he pleases. The girls push and prod, constantly vying for their mother’s attention every time she tries to slip away long enough to get a bit of work done or to unwind for a moment. The arrival of Nina’s family, which includes Nina’s controlling husband and the watchful eye of Nina’s very pregnant sister-in-law Callie (Dagmara Domińczyk), offers a similar kind of uncomfortable and invasive closeness. They look at Leda as if she’s a curiosity, which turns to hostility when she refuses to move from her spot on the beach (one of them quickly calls her a “c*nt” in response). Well after Leda helps find Nina’s daughter after the girl wanders off, the male relatives still leer at Leda.

As I watched The Lost Daughter, a word popped in my head whenever Leda (both younger and older) showed up on-screen: Prickly. Leda is not an easy character to like: She offers a jagged barb to Callie in calling motherhood “a crushing responsibility” before wishing her a happy birthday, she calls herself both a selfish person and an unnatural mother, and she doesn’t try to sugarcoat how exhaustive and soul-sucking motherhood will continue to be for Nina. As both Leda and Nina’s stories reveal, it’s not just motherhood that’s the crushing responsibility; it’s their lack of help or a support system from their respective spouses that make motherhood even more isolating.

Some of her decisions might not make sense to the people around her, least of all herself. But we still believe most of those choices, even when they might be viewed—from a societal standpoint—as unforgivable. It’s an accomplishment of both Colman and Buckley, who might not mirror one another in appearance but bridge their versions together with their performances, reminding us that Colman and Buckley are two of Hollywood’s great working actors. (It also, thankfully, doesn’t adhere to one of my TV/film pet peeves: Older versions of the character having the same exact style/fashion sense as they did 20 years ago so audiences will make the connection. People's looks can and do change!)

Add in small but still memorable turns from Normal People’s Paul Mescal, Ed Harris, and Peter Sarsgaard, and it’s a tightrope akin to a horror movie that Gyllenhaal and her cast are more than capable of handling. Plus, we get some great footage of Harris’ dorky dancing—as a treat.

Treat yourself to a healthy start in 2022

2022 is the year you prioritize your body and mind. Maintaining a healthier lifestyle doesn’t have to be complicated. All you need are the right tools to keep you on track.

So we’ve put together some of the best health products to help you give yourself all the love you deserve in 2022. Here's your guide to a healthier 2022!

The first Harry Potter film hit its 20-year anniversary in November. A lot has changed in those past two decades. The popular franchise now includes eight films adapted from the book series, a series of spin-off films, a play, and themed lands in multiple amusement parks. But in recent years, Harry Potter has become controversial. Most of that is due to the series’ creator, J.K. Rowling, sharing transphobic views online—which the main trio of the franchise have publicly criticized. Fans have also taken the time to reflect on the series as adults and realized that some of the writing and character development was not great.

The Harry Potter reunion special, now streaming on HBO Max, avoids criticisms of the series and its creator. Instead, the special feels like a workplace reunion, full of actors and filmmakers discussing their craft and what it was like to work on a series that had an enormous cultural impact. The special treats the film series as a separate entity from the franchise— something that should be protected.

As great as it is to watch Emma Watson, Rupert Grint, Daniel Radcliffe, Tom Felton, and other actors reminisce and declare their love for one another (truly the highlight!), the 1-hour, 42-minute special feels a bit rushed. It also leaves out the elephant in the room: Rowling, only seen through pre-recorded clips from 2019. The reunion is a must-watch for fans of the series, but it’s not all-encompassing. That might be OK for viewers who want to remember the magic and the allure of an influential fantasy series.

The post This week in streaming: The ‘Harry Potter’ reunion and ‘The Lost Daughter’ appeared first on The Daily Dot.

This week in streaming: The ‘Harry Potter’ reunion and ‘The Lost Daughter’