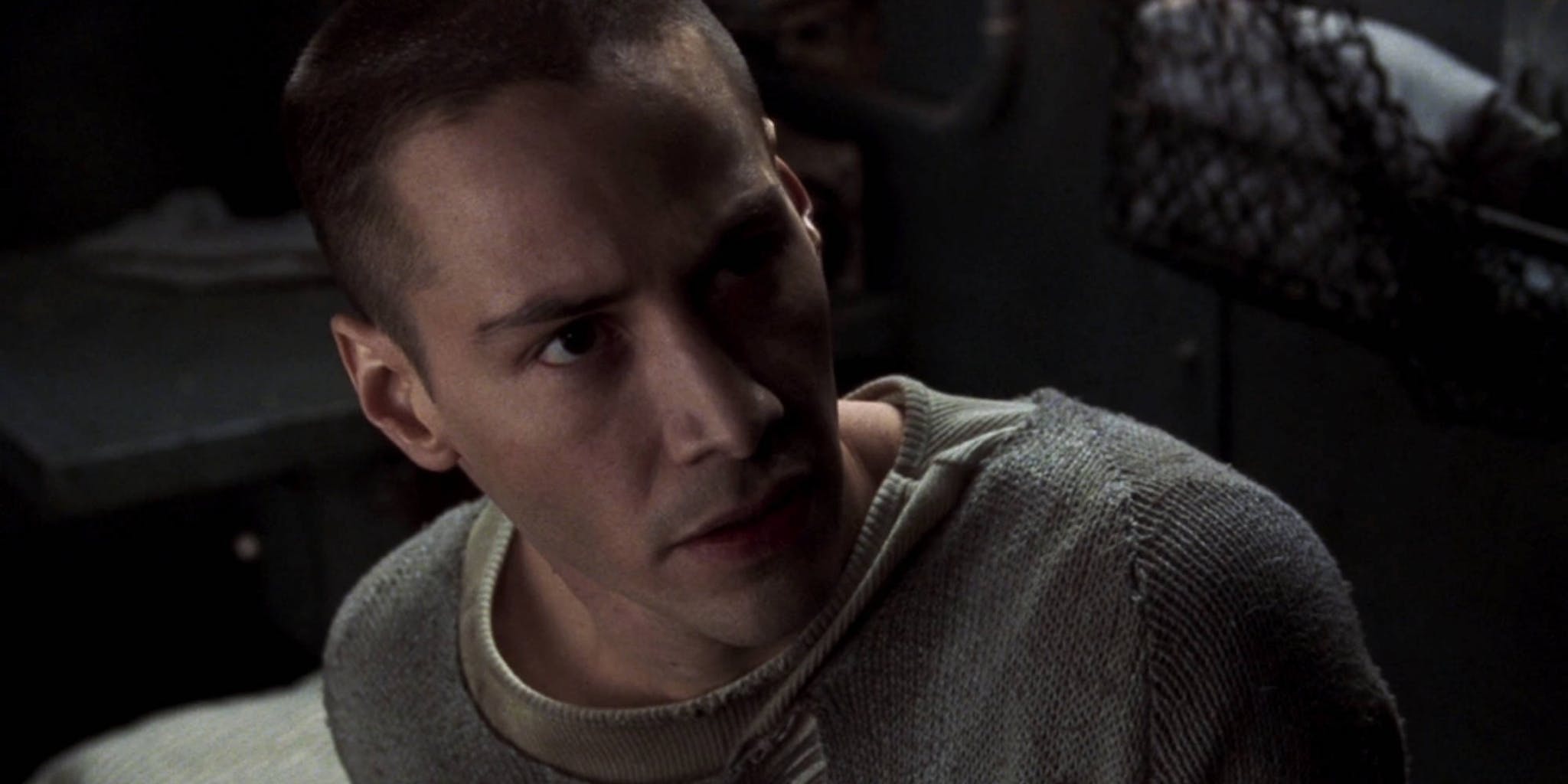 This week in streaming: ‘The Matrix’ is a great sweater movie 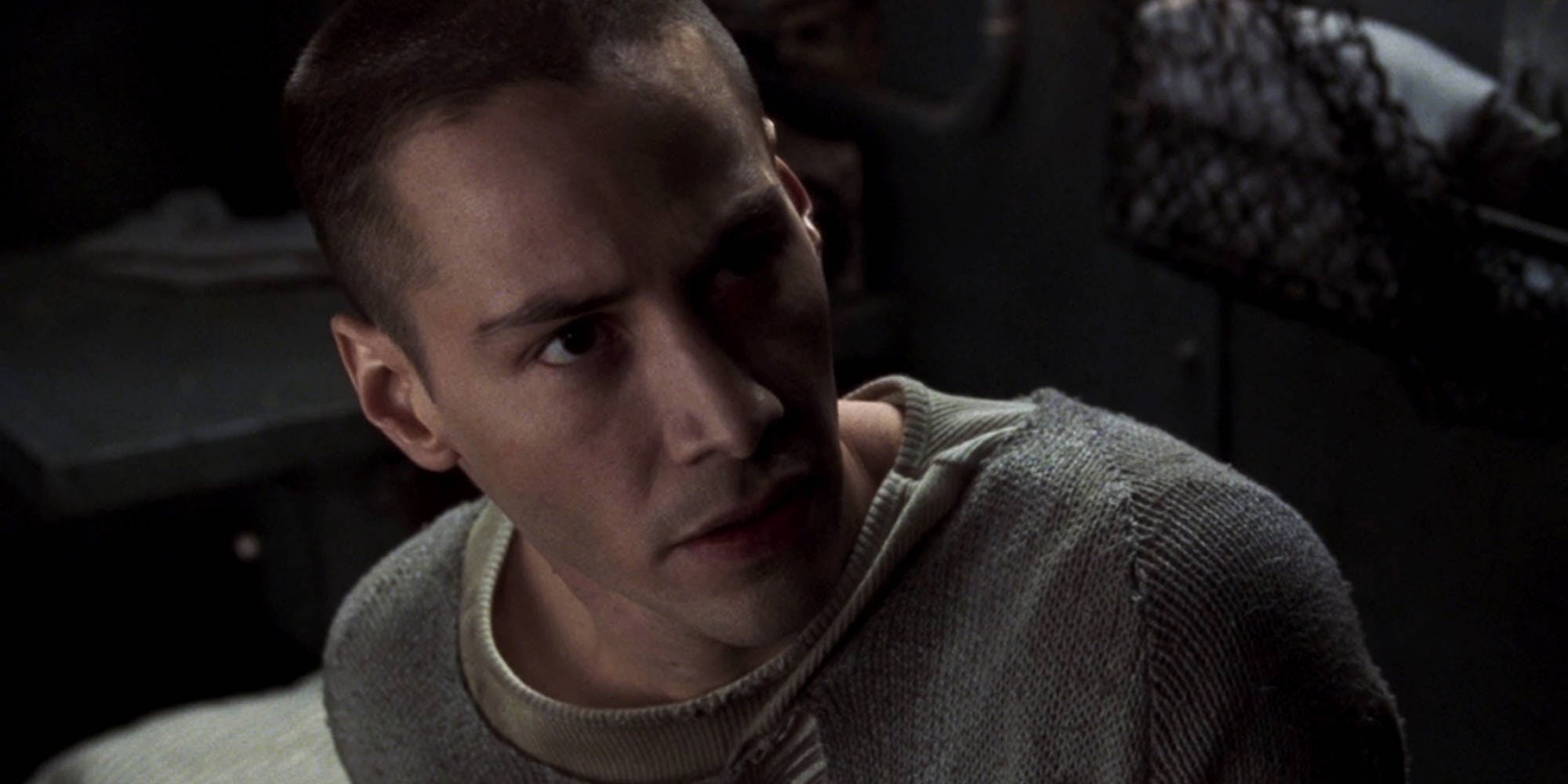 The Matrix is a great sweater movie

The Matrix, which came out more than 20 years ago, is among one of the most influential sci-fi films in modern cinema. Its sequels (Reloaded and Revolutions, both of which were released in 2003) were on the more divisive side. How people have talked about the series over the years has been all over the place—how misogynists coopted “redpill” in the early 2010s, more recent analysis about how The Matrix is a trans allegory, which co-director Lilly Wachowski confirmed last year—but 22 years later, there’s still so much to parse through. Like a lot of people, I’m setting aside some time this week diving into The Matrix films before The Matrix Resurrections (from Lana Wachowski) drops on HBO Max (it's out now).

I saw the first one years ago at the suggestion of an ex-boyfriend, but I wasn’t exactly in the mood to watch it when I did (and mix in some technical issues), so I didn’t like it very much (and I didn’t visit the sequels because I was told they were bad). But I knew that it was more about me on that particular day versus having an issue with the film, so I gave it another chance. Which was a good thing because The Matrix is incredible.

But what I either didn’t notice the first time around or completely forgot about was that The Matrix is also a great sweater movie. Once Neo (Keanu Reeves) wakes up and is taken aboard Morpheus’ ship, he’s properly introduced to the crew, which includes Trinity (Carrie-Anne Moss). Nearly all of them, including Neo, are wearing some kind of frayed or threadbare sweater that have been worn down and damaged thanks to function and time. With so much of The Matrix’s iconic costumes involving leather or trench coats, the knitwear really stands out in contrast.

When I interviewed House of Gucci costume designer Janty Yates a few weeks ago for a larger feature on Aran sweaters, she actually brought up The Matrix trilogy as we talked about how sweaters can show up in almost any genre of movie (including sci-fi/fantasy) and still work.

“Even in The Matrix, they have sweaters on,” Yates told me. “They've got holes in them, but they're cotton and they're beautifully, beautifully hand-knitted, but that's what they wear in their downtime. It's the easiest garment in the world, because I've done three science fiction movies, and it was always what are they going to wear onboard the ship in their downtime and not wearing space suits, which was by design. It was sweaters, on the whole, or interesting hoodies or that sort of top, that would be timeless but yet a bit futuristic.”

And you know what? She’s right!

A New Year’s resolution that won’t make you hangry

Say it with us: 2022 is the year you will keep your New Year’s resolution.

Munchies, snack attacks, cravings, whatever you call them, can put a huge damper on your health goals. But Temper Mints can help. Made with Citravarin, a rare and natural cravings blocker, a mint a day is your secret weapon to staying committed to your health. Plus, you get paired with a free personal Temper coach who will help you stick to a plan in the new year. Save 15% with code NEWYEAR15.

Two years into an unceasing pandemic, we’re at a point where any mention of asteroids or meteors potentially coming near Earth are met with sarcastic tweets welcoming annihilation. Don’t Look Up, a dark comedy about a comet hurtling towards Earth, feels like the star-studded, multimillion-dollar version of those tweets.

With six months to redirect the comet, the two get swept away to the White House, where chain-smoking President Orlean (MAGA Meryl Streep) and her spawn-of-staff Jason (Jonah Hill) take turns discounting and reframing their Earth-shattering discovery. Then they take it to the media, who are similarly indifferent. (Cate Blanchett and Tyler Perry as the bantering hosts of a daytime talk show is inspired casting.)

Based on the 2014 award-winning novel by Emily St. John Mandel—which many sought out in the early days of the COVID-19 pandemic because they found it comforting to read about a fictional pandemic during a real one—Station Eleven can be a big ask. It’s set in a world vastly changed by a flu pandemic that wiped out around 99% of the earth’s population, its survivors left to pick up the pieces and forge a path of their own.

The first episode mostly takes place on the day that the flu goes from a fleeting illness that will blow over soon to the catastrophic event that will transform Chicago into a city of “just 2.5 million bodies.”

Despite its central premise and how the end of life as we know it plays out (slowly and then seemingly all at once), Station Eleven isn’t a constant onslaught of despair. It’s a much more hopeful and optimistic look at a post-apocalyptic existence.

The post This week in streaming: ‘The Matrix’ is a great sweater movie appeared first on The Daily Dot.

This week in streaming: ‘The Matrix’ is a great sweater movie