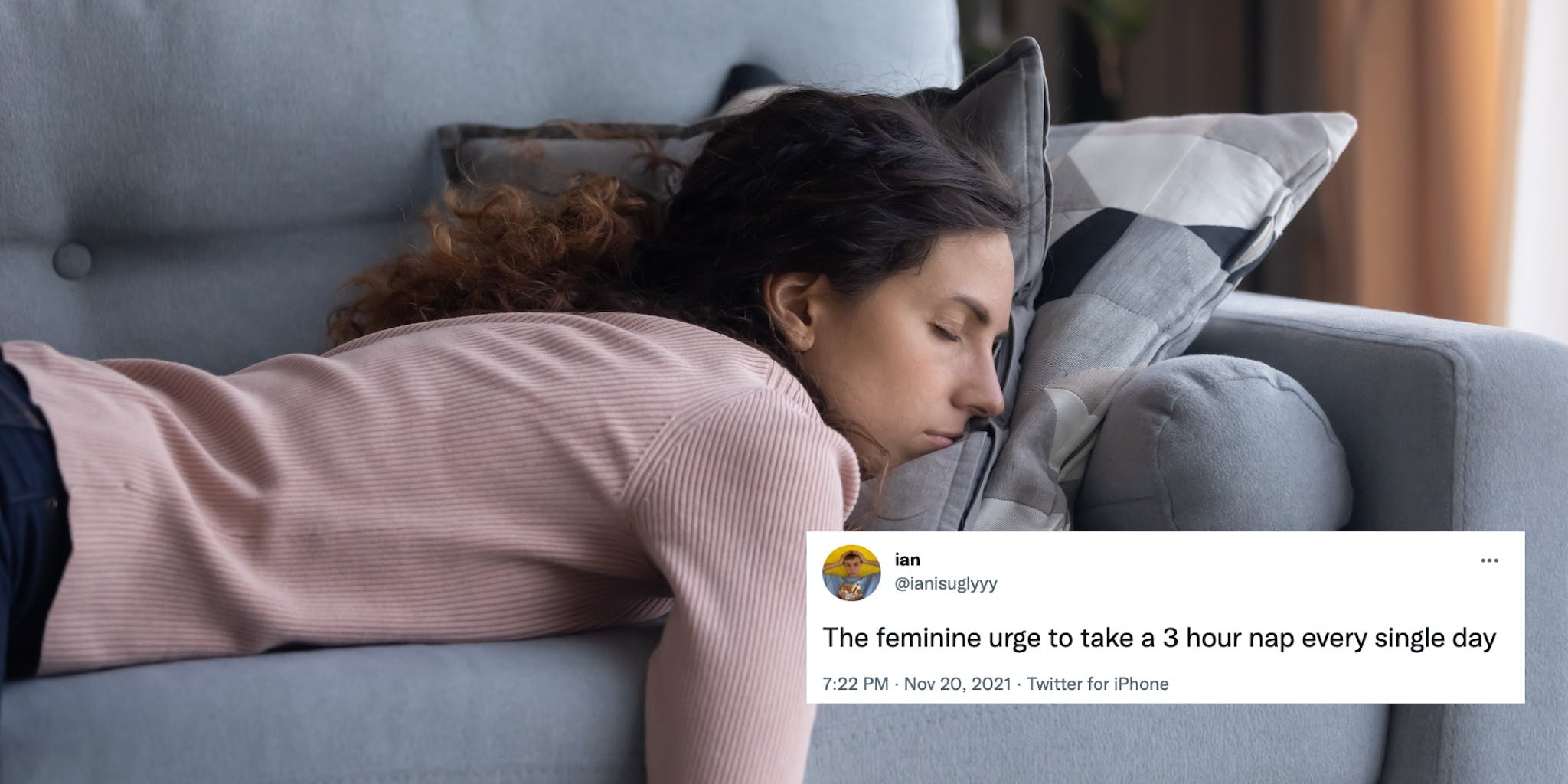 This week on the internet: The feminine urge to use this meme 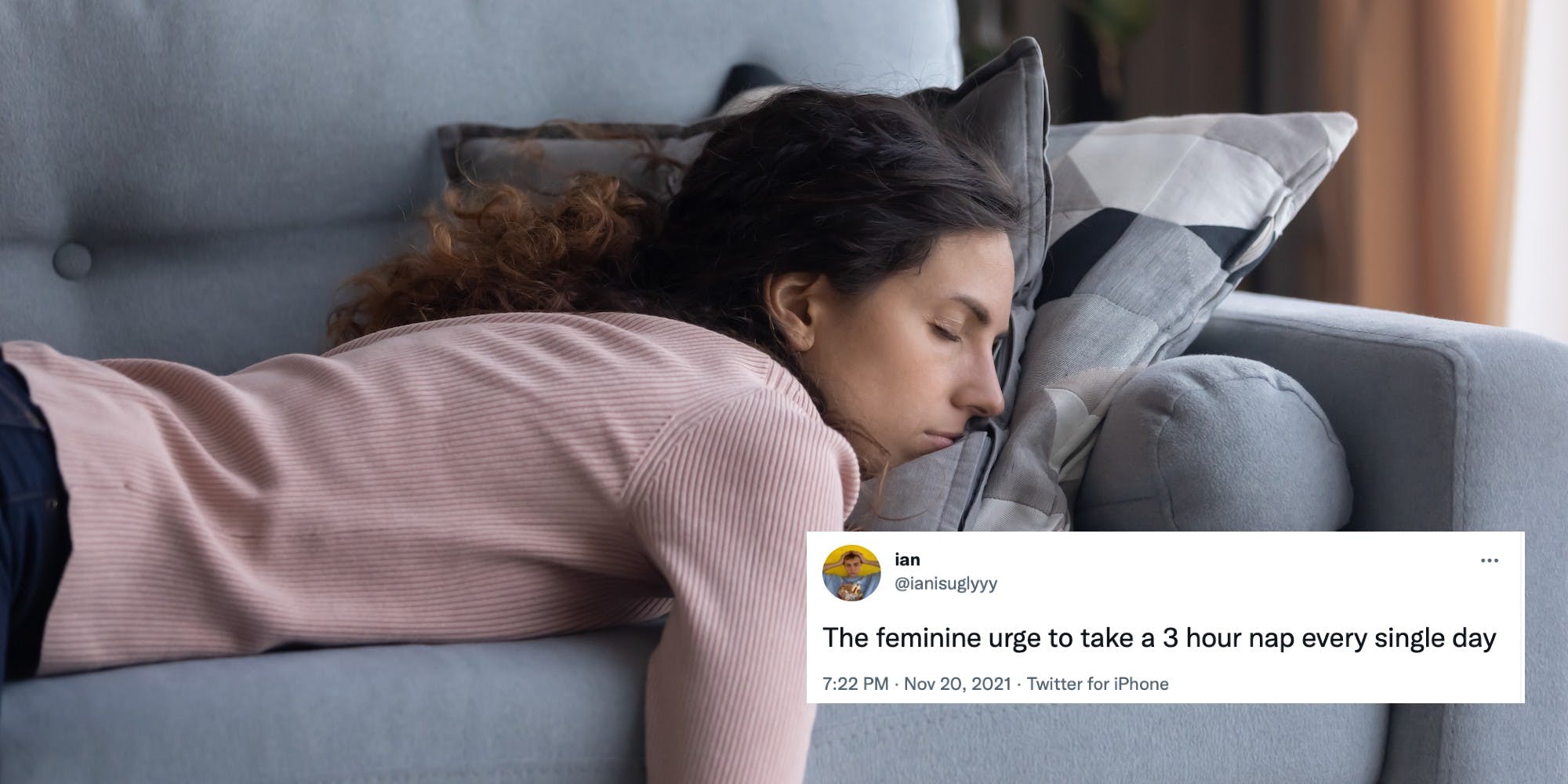 Welcome to the Friday edition of Internet Insider, where we review the week online,

The feminine urge to go offline

Lately, people on social apps have been expressing their “urges” to perform certain actions or say certain phrases. “The feminine urge to start sentences with ‘i think’ when in actuality, i know for a fact,” wrote @bubae_n on Twitter. “The feminine urge to take a 3 hour nap every single day,” wrote @ianisuglyyy. Although the original meme talks about “feminine” urges, people have expanded the meme to cover masculine, non-binary, and bisexual urges, among others. And some people have dropped the descriptor entirely to just make the meme about urges that could apply to anyone.

If you’re reading this, you made it through Thanksgiving—whether you chose to celebrate it or not. And you might be having all kinds of urges (nap, eat leftovers, watch a dumb movie, repeat). Maybe you have the urge to post nostalgic photos on Instagram that show off your “childhood energy.” Maybe you just want to log off. All of these are valid. It's almost the end of 2021; a perfect time as any to fulfill all of your deepest urges.

Who can resist those puppy dog eyes? Put a smile on your pet’s face with these Black Friday deals for pets! We’ve rounded up some of the best sales for pet owners, so you don’t have to waste any time trying to hunt them down.

Whether you’ve got a big dog, loveable cat, or scaly water dweller, there are Black Friday gifts for them all. So don’t disappoint and fill up your pet’s stockings with these Black Friday sales!

Adele reunites with the English teacher who inspired her

Most of us have at least one person whose presence in our lives influenced what came after, but we don’t often have a chance to thank them. But for Adele, that moment finally arrived after her recent concert gave her a tearful reunion with the person who inspired her.

Before the release of 30, one of the most anticipated albums of the year, CBS aired Adele One Night Only, a special that included a concert with numerous famous faces in the audience. At one point during the concert, Adele is asked by actor Emma Thompson which person influenced her when she was younger. Adele had an answer: Miss McDonald, an English teacher who Adele only knew for a year.

"She got me really into literature,” Adele said. Immediately following her response, Thompson revealed that Miss McDonald was the audience. Adele seemed genuinely shocked to see her teacher and burst into tears.

The murder mystery Cain’s Jawbone was released in 1934 by writer Edward Powys Mathers, who went by the pen name Torquemada, a persona created when he compiled crosswords for The Observer. The premise: You must identify six killers and their victims, but also put the 100 pages of the novel in the right chronological order. The book was reprinted in 2019 by U.K. publisher Unbound, which now offers a prize to those who solve it that can be used on other books by the publisher.

Now the book and the competition have gone viral thanks to TikTok, where user Sarah Scannell posted about picking up Cain’s Jawbone at a San Francisco bookstore and thus fulfilling her “lifelong dream” of turning her bedroom wall into a “murder board.” The video has more than 4.8 million views.

Last week it was reportedly sold out through Amazon, though Scannell reported that it was eventually back in stock—at double the price. Unbound commented on the TikTok virality, and stated that they’re “reprinting as quickly as we can.”

MEME OF THE WEEK

The "two guys on a bus" meme is dominating Twitter.

The post This week on the internet: The feminine urge to use this meme appeared first on The Daily Dot.

This week on the internet: The feminine urge to use this meme