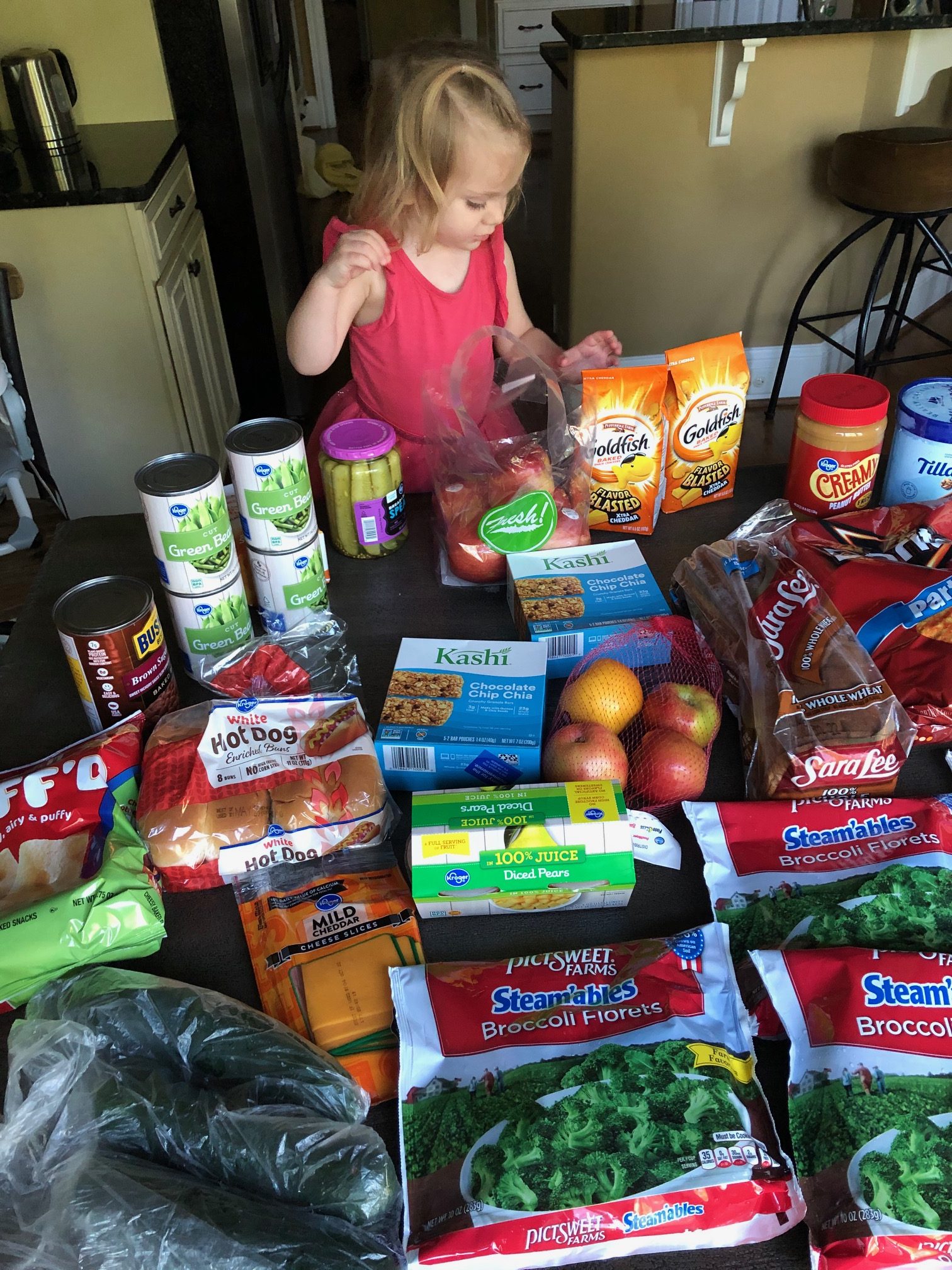 I found some great deals at Kroger this past week — and I was able to use the $10 off $75 digital coupon that was in my e-coupon account on the app to save even more.

The veggies were just $0.99/bag with the weekly sale!

I was excited to find a great deal on ground beef.

I made this French Toast Casserole using leftover homemade French Bread. It was yummy!

Silas came home from school this past week and brought me this — a cinnamon roll from Panera. He told me how he’d scored a great deal on it. He’d signed up for Panera rewards before they went to Panera and he got a coupon for a free treat. Then, he had the option to add on another treat for just $0.99. So he got two cinnamon rolls for $0.99 + tax!

I used some of the potatoes I’d gotten in a recent sale + the ground beef and corn and an onion I’d gotten marked down last week to make a hash of sorts.

Just chop and fry the potatoes, brown the ground beef with onions, mix it all together with the corn and it’s such a frugal, yummy, and filling dinner!