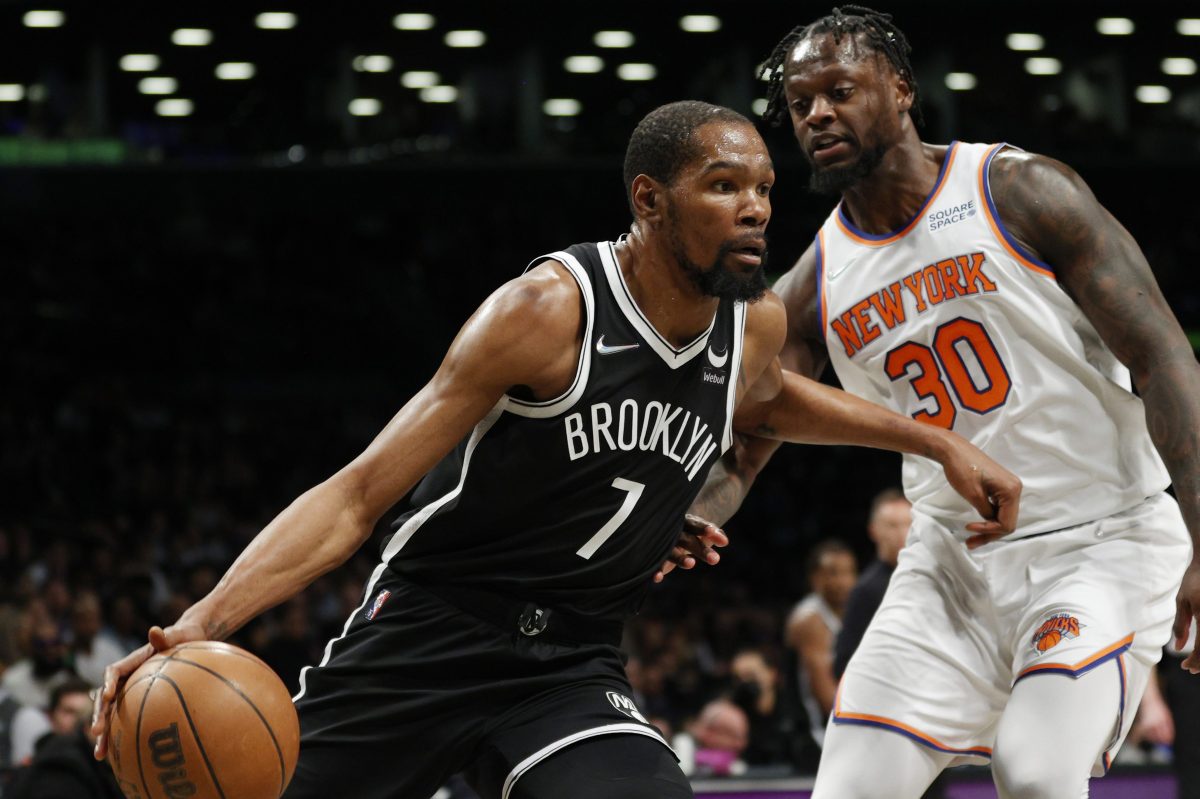 On the eve of Throwback Thursday, ESPN will present an alternate broadcast of the Brooklyn Nets taking on the New York Knicks at Madison Square Garden that may have hardcore hoop heads yearning for the old days.

Airing on ESPN2 at 7:30 p.m. ET as part of ESPN’s season-long celebration of the 75th anniversary of the NBA, the special presentation will contain visual elements such as graphics, fonts and camera angles of telecasts from game broadcasts from the 1960s, 1970s, 1980s and 1990s. To replicate a broadcast from the ’60s, the first quarter will be in black and white followed by color broadcasts with “4 by 3” video definition in the second (’70s tribute), third (’80s) and fourth (’90s).

Since the score wasn’t always on the screen during old game broadcasts, some of the vintage graphics had to be recreated and reformatted to allow them to remain on screen during the entire telecast. Overall however, the graphics team took a less-is-more approach in order to stay true to the source material they were attempting to replicate. “It was hard to say, all right, here’s what we can’t do with the on-screen presentation. [The approach] was an effort to try and be reductive, try to be authentic,” said ESPN visual storytelling creative director Lucas Nickerson.

Other NBA75 Celebration Game highlights include:

“We’re taking fans on a journey through the evolution of this vibrant, culturally impactful league while also pairing the content with the iconic performers of today,” said ESPN Production VP Tim Corrigan. “We’re excited to pay homage to the networks that paved the way for what we have been doing for the past two decades at ESPN. Regardless of age or era, if you love basketball, there is something for you in this broadcast.”