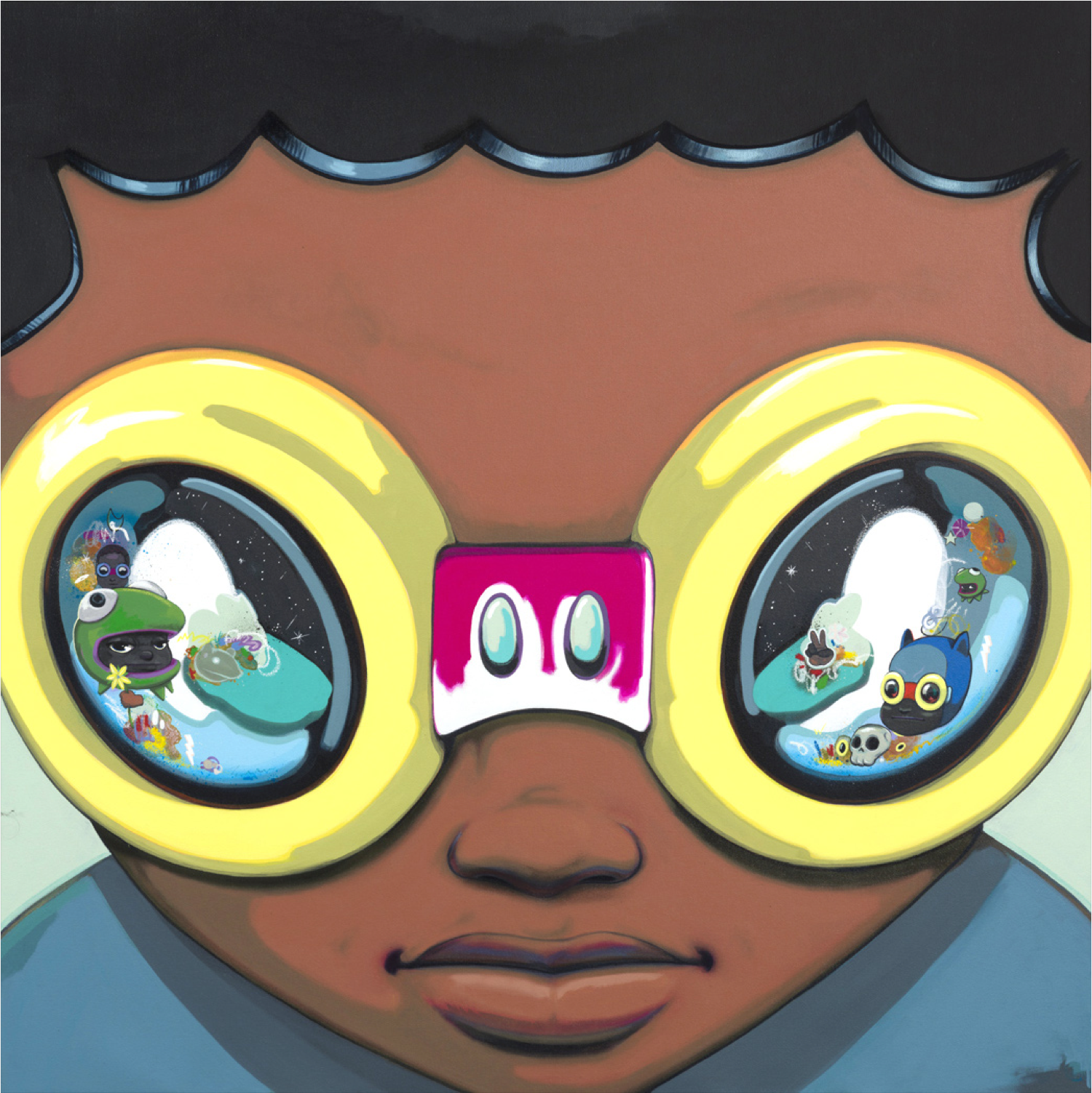 Now based in Los Angeles, urban artist Hebru Brantley (1981) has been going places. Originally hailing from Chicago, Brantley graduated in film from Clark Atlanta University, and soon established a name for himself in design and media illustration. Following his first show in Japan two years ago, the artist has returned to inaugurate a new show, the first of a trilogy, today at Megumi Ogita Gallery in Tokyo‘s Ginza district. Predominantly focusing on ‘dark fiction’, an inquisitive perspective which encompasses identity, origin, way of thinking and all related topics, his character Fly Boy eventually emerged, a cult-like hero such as Mickey Mouse and Batman, but also Fibby, a green helmet flaunting character who’s on a mission to break down barriers for black people and boost their image. Mind you, his helmet also acts as a hideout and shield for black people. All this, Brantley has invented to reassess modern society and related mythology. The show, entitled Mythos Opus One, presents a body of no less than 21 works, all created with an Afrofuturism perspective (on through Nov 20).