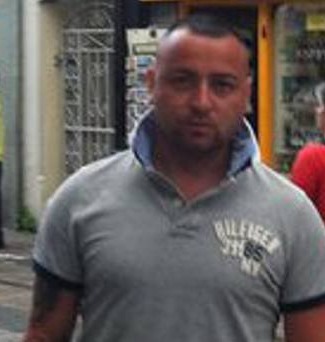 A TRAFFICKING victim who brought down an international prostitution ring has been told she remains a criminal under Irish law.

The Romanian-born woman said she is “heartbroken” to learn of being overlooked in a government move to expunge sex convictions.

The initiative, announced by Justice Minister Helen McEntee, is aimed at helping trafficking victims and sex workers move on with their lives.

But it leaves ‘Anna,’ who was forced into prostitution, still fighting to prove her innocence.

She told the Irish Sun: “I was so happy to hear what was going to happen and then I realised that nothing had changed for me.”

Former beauty queen Anna, whose harrowing story was told in joint BBC/RTE drama Doing Money, was targeted by Romanian pimps in London in 2011.

She was abducted, brought to Ireland and kept cold, hungry and under constant threat as she was sold for sex every day.

At one brothel in Galway, the “mother pimp” and minders packed up most of the cash and a number of phones before discreetly leaving.

Soon after, cops raided the property, seized money, the remaining phones and advised they had shut down a brothel.

Four women inside, who had been encouraged not to trust each other, were arrested, charged and ushered into court within hours.

Anna said her efforts to explain her case were ignored.

She said: “My passport had been taken by the pimps but I still told the police my real name and said what had happened to me.

“But this was just ignored.”

Now in her early 30’s, she added: “There had been no pimps there. The judge said we were all in charge of the brothel and would have to pay €300 each. Then he said we should go.

“The pimps were waiting outside the court. They opened the car doors and took us to a new place.”

Later that year, at a brothel in Belfast, Anna escaped.

She went to the PSNI and helped cops track down Romanian Ilie Ionut, 39, and Ancuta Schwarz, 36, to where they were controlling trafficked women in Sweden.

The pair were caught, jailed there and later extradited to Northern Ireland where they were locked up for two years each.

Thirteen other trafficked women were rescued during the international police operation.

Anna went on to work with the Stormont government in Belfast, meeting with MLAs and presenting the case for trafficked women.

Her work helped usher in the 2015 Human Trafficking and Exploitation Act which outlawed paying for sex.

In 2017 the Republic enacted the Criminal Law (Sexual Offences) Act which did the same.

The Irish government’s initiative, directly connected to the 2017 law change, expunges the records of some 607 women.

That includes trafficking victims forced to sell themselves and others prosecuted for offering sex for money.

But, in taking no account of individual circumstances, it means even trafficked people considered by a judge to have played a role in running a brothel remain criminals.

Anna said: “I think this is so unfair not to consider this. I am heartbroken.

“I wrote before about my case to Charlie Flanagan when he was justice minister telling him that I was not a criminal but I heard nothing.

“So that was why I was so happy to hear what Helen McEntee had said.

“But this does not apply to me so my name is not clear and I will have to go on trying to live my life with the criminal record of someone who ran a brothel.”

HOPE OTHERS CAN ‘START AGAIN’

Anna said however that the law change was good news for hundreds of women and that she hoped they would be able to “start again.”

The Department of Justice told us “brothel keeping” remains an offence but “if new evidence comes to light that would impact the basis on which the person was originally convicted, that person can seek to have the conviction overturned/quashed.

“In such instances, the person is advised to seek legal advice.”

Anna said: “What evidence can I give apart from the evidence of what I have done since I got away from that life?

“They can call me a brothel keeper forever now. I have fought enough and don’t want to do it anymore.”