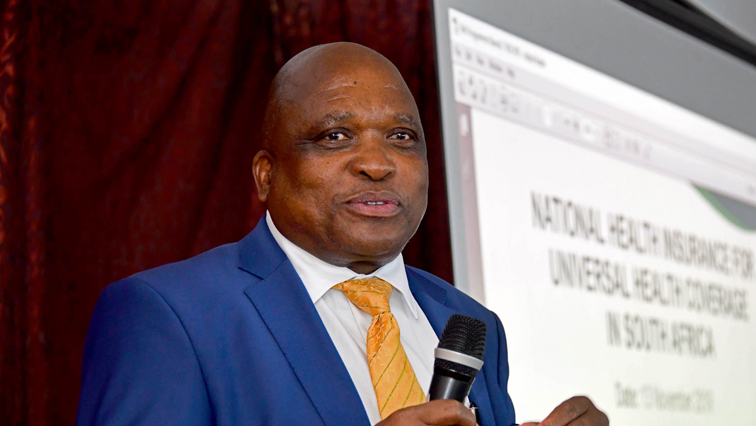 Minister of Health Dr Joe Phaahla says the travel bans imposed on South Africa by certain countries are premature and not in line with the World Health Organisation (WHO) standards.

This comes as several countries in Europe, Asia, and the Middle East imposed travel bans to and from the country, following the emergence of a new COVID variant in the Southern African region.

The B.1.1.529 strain has been detected in Gauteng but is understood to be spreading rapidly to other provinces.

80% of the new infections are in Gauteng.

Dr Phaahla together with his deputy Dr Sibongiseni Dhlomo are hosting a virtual question and answer media session on the new B.1.1.529 variant.

Department of Health briefs media on the new COVID-19 variant:

Speaking during a virtual question and answer session on Friday, Minister Phaahla says the reaction by European countries is unjustified.  Phaahla says this reaction goes against the World Health Organisation protocols.

“The reaction by some of the countries in terms of imposing travel bans are completely against the norms and standards by the World Health Organisation. At this stage, therefore, we want to assure South Africans that we must just do everything we can to protect ourselves.”

The United Kingdom and several countries in Europe have imposed travel bans on Southern African countries including South Africa, Botswana and Zimbabwe.

Reaction to Britain’s response to the new variant: Anthony Phillipson

With the festive season just around the corner, holidaymakers should brace themselves for a possible ban on inter-provincial travel.

The new variant has a high number of mutations and has the ability to spread much quicker as compared to other variants.

Minister Phaahla says the restrictions will depend on government’s risk-adjusted strategy for combating the virus.

“Our experts here have indicated that movement is the one which moves with the virus. There might be some proposal on restricting the movement of inter-provincial travel. So I am not in a position to say if infections continue to rise, we look at measures to contain that. There will never be any restrictions on travelling. I am not in a position to guarantee that. And it’s going to depend on our risk-adjusted approach on dealing with these matters.”

Despite the new variant being detected in Gauteng, Professor Ian Sanne says it’s rapidly spreading across the country.

“The variant has spread across the country. The additional element is that we are seeing an increase in case rates so the virus is likely to be more transmissible and is being the dominant type in the country. Now we are speaking of a relatively small number identified although we are seeing a sharp rise in cases we still in the region of fewer than 3000 cases a day.”

“I am worried that as the numbers go up, the public health care institutions are going to be overwhelmed. And I see no preparation in getting those institutions ready for surge response and that is one thing we should also be concentrating on.”