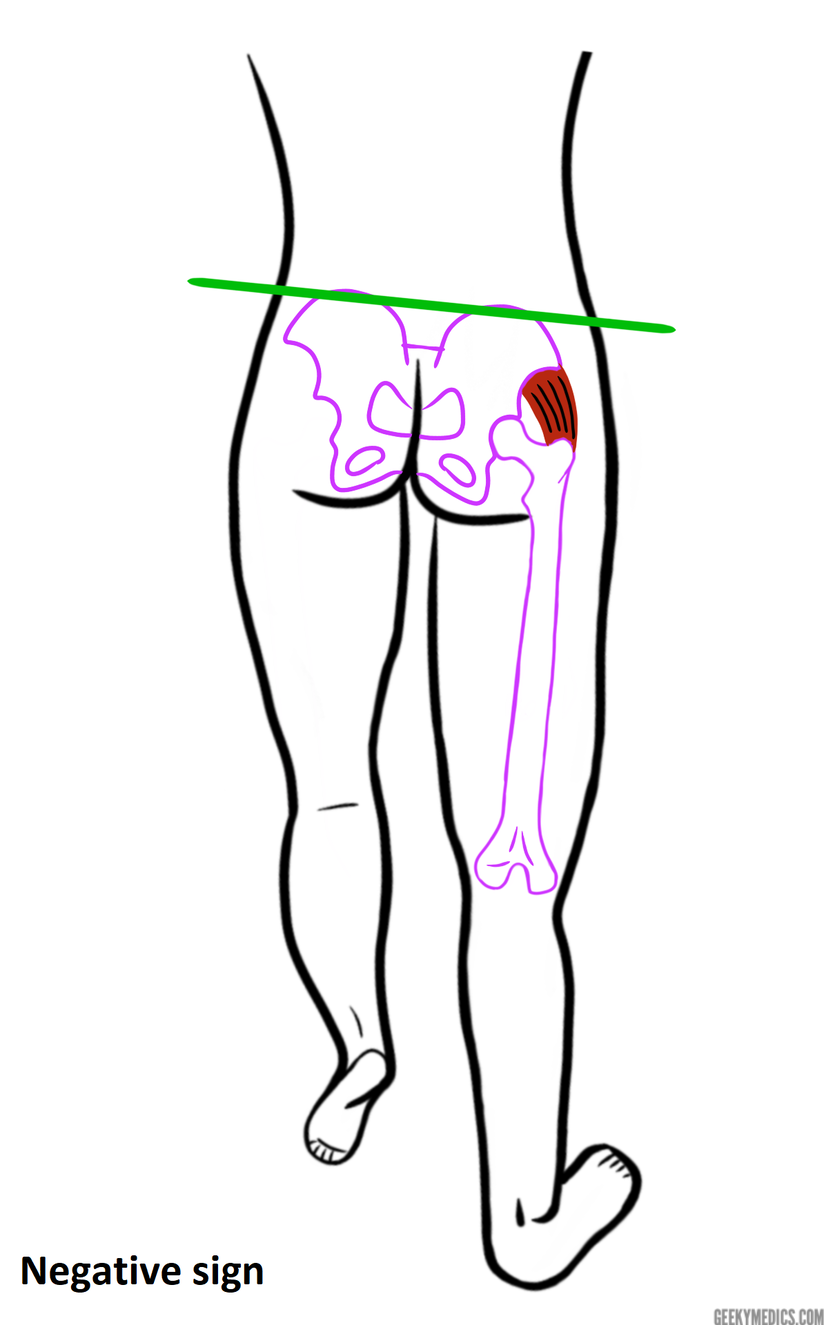 The aim of the Trendelenburg’s test is to assess the strength of the hip abductors, specifically the gluteus medius and minimus.1

The test is named after Friedrich Trendelenburg, who described the test in 1895.

What is the gait cycle? The sequence of events between the time one foot touches the ground and the time the same foot returns to the same position. Events of the gait cycle include heel strike; flat foot; push off (heel off + toe-off) and the stance and swinging phases.1

If the hip abductors aren’t strong enough, or there’s pain inhibition, the patient can’t counterbalance the weight of the upper body on the affected limb. As a result, the pelvis will sag towards the floor while standing on the affected limb, as opposed to being lifted.

When would you perform the Trendelenburg’s Test?

When a patient complains of a limp, or hip pain or as part of a normal physical examination assessing gait.

How to Perform the Trendelenburg’s Test

If the patient is comfortable to stand alone, stand behind the patient. Alternatively stand in front of the patient, with their forearms positioned on yours to support them. 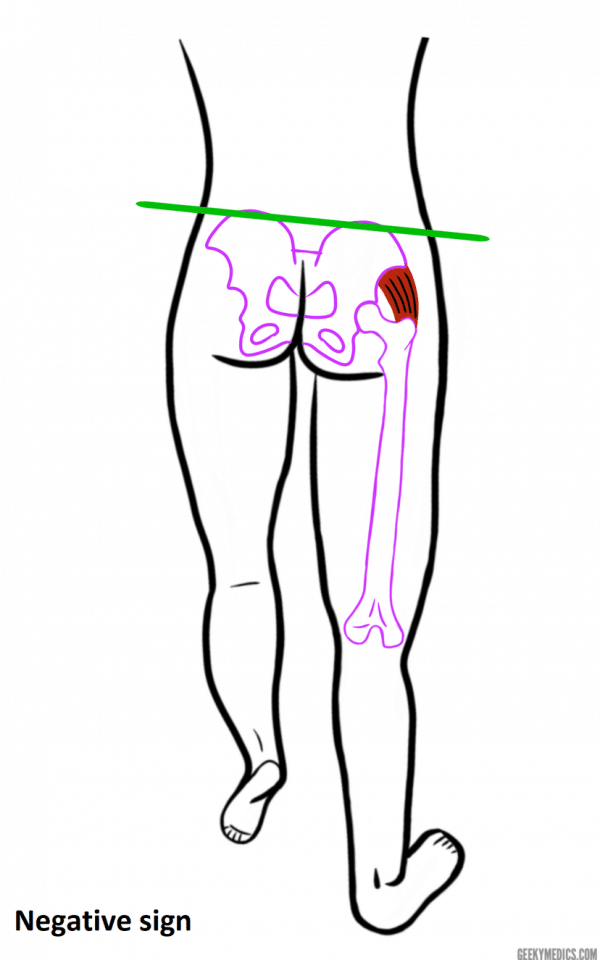 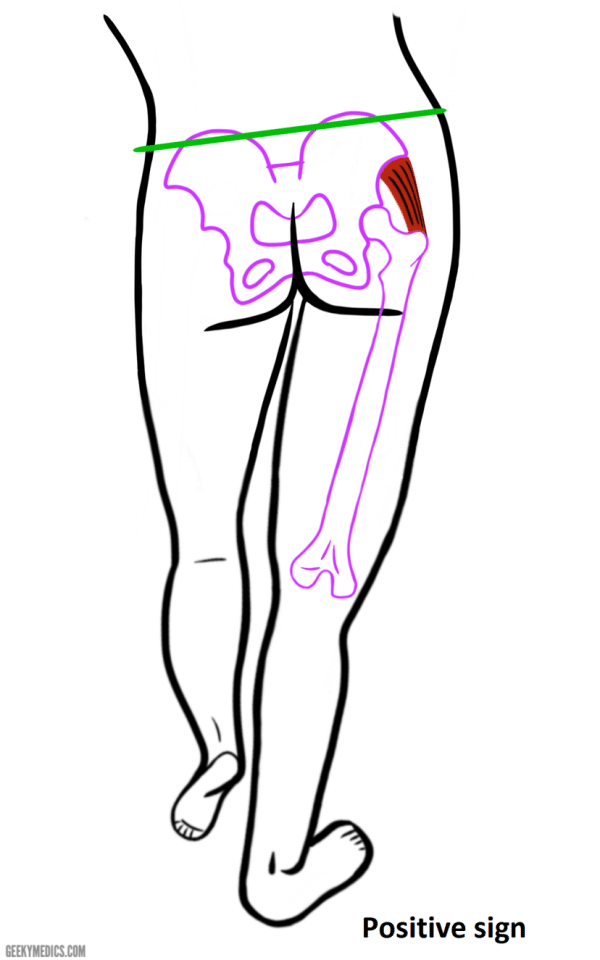 Lever Mechanics of the Hip Joint

In order to keep the firm structure absolutely level, the forces of effort and load applied across their distances from the fulcrum must be balanced and cancel each other out (Fig 4).

Any problems that affect the hip can cause a positive Trendelenburg’s sign (Fig 6). As upper body weight cannot be changed or affected, this leaves conditions affecting the hip joint or femur (skeletal abnormalities) and hip abductors (neuromuscular abnormalities).8

Limitations of the Test

The goal is to identify the underlying cause of the abnormal gait. A thorough history and clinical examination are essential before further investigations are considered.

It is useful to be able to differentiate Trendelenburg gait from other common gait patterns including: 3, 4