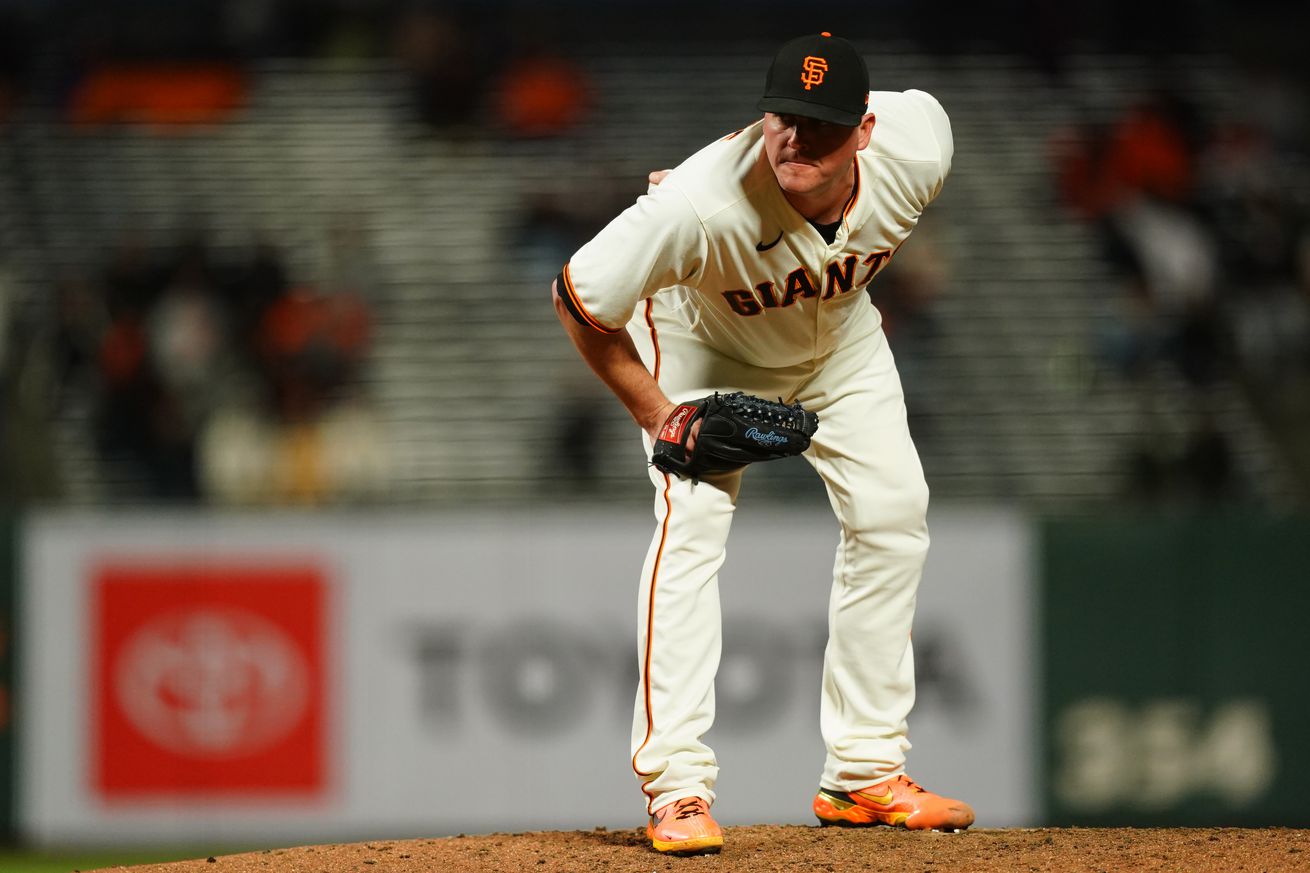 It didn’t go as planned, as Rockies faithful will readily point out. None of them completed the duration of their contracts—but all three would ultimately find a home somewhere else.

Bullpen unpredictability is nothing new in the game of baseball, as the list of Rockies closers will readily show. Only Huston Street, Brian Fuentes and José Jiménez have held the Rockies’ closer duties for more than two seasons, which immediately suggests a three-year deal for any reliever is a dangerous endeavor. It’s dangerous to commit to relievers with such inherent variance—but it’s also dangerous to watch somebody live out their postseason stardom somewhere else instead.

We can run a post-Rockies review on those 2017 deals for McGee, Davis and Shaw, now that the early phases of the epilogue have been written.

The open wound for Rockies fans has been routinely tormented by McGee as he’s caused havoc on NL West opponents. McGee converted 31 of 36 saves opportunities in 2021 for the NL West-champion San Francisco Giants, and has posted a sub-three ERA in the past two seasons.

McGee’s best ERA in a Rockies uniform was 3.61. He averaged 4.78 in his four years in Colorado.

The Dodgers were able to pick up McGee for pennies on the dollar in 2020 while the Rockies were essentially paying him to pitch against them. San Francisco swooped in for a two-year, $7 million investment in 2021, but it still remained far short of the three year, $27 million deal that Colorado forked out for him in 2017.

McGee pitched 5 2⁄3 innings against the Rockies in 2021 and allowed seven runs, so he didn’t exactly dominate his old team. He’s got the last laugh in each of the past two Octobers, however: McGee helped break the Dodgers’ streak of consecutive division titles this year, after helping those same Dodgers claim the honor in 2020.

An injury-stricken 2020 sidelined Wade Davis for a lot of action; mix in a global pandemic and the Rockies only saw Davis take the mound for 4 1⁄3 innings in his final year with the Rockies.

That was enough for the front office to release him entirely; 4 1⁄3 frames and 10 earned runs later, Davis was an outright free agent and Colorado had 100% committed themselves to Daniel Bard in the ninth inning.

As the marquee acquisition of Colorado’s 2017 bullpen deals, Davis had previously tossed four consecutive seasons with an ERA of 2.30 or lower before debuting in Colorado. He did manage to lead the National League in saves during his first year with the Rockies (2018; 43), but a 4.13 ERA that year was not the resounding success that Rockies fans may have anticipated. It was good enough for the team to make the postseason, however.

Fast-forward to 2019 and Davis’ ERA shot through the roof to an 8.65. His body of work in 2020 was further limited—and his long-term outlook in professional baseball was grim once mid-season free agency fell upon the right-hander.

It was little inconvenience for the Dodgers to pick up McGee in 2020; they were playing with house money and an alternate site. Davis’ spring training invite with the Kansas City Royals in 2021 was of the same cloth; only this time, his old Royals comforts were there to guide him into familiar, old successes.

Davis pitched 42 2⁄3 innings for the Royals in 2021, posting a 6.75 ERA but reviving his career enough to stay in the league. This alone was in question after his 2020 struggles. As a now-seasoned veteran, perhaps a non-COVID-restricted spring training will help him get back to full familiarity when pitchers report to spring training in 2022.

If you closed his book after 2020, you best open it again. Bryan Shaw pitched in an MLB-leading 81 games in 2021, tossing a combined 77 1⁄3 innings in his old Cleveland threads.

McGee went elsewhere after his Rockies tenure. Davis and Shaw returned to their old organizations, while Shaw took on the duties of an absolute bullpen workhorse. 2021 was the third season of his career where he led all of baseball in appearances, and his 3.49 ERA was even better than his 3.52 with Cleveland before he inked the Colorado deal.

Shaw’s 2020, reminiscent of Davis’, was a six-inning struggle where he allowed 12 earned runs. It wasn’t exactly a clean transition from Rockies release to the success he saw in 2021, but he made it happen in 2021. His Cleveland squad finished well out of the postseason picture, but his workload did wonders to create late-inning stability in an otherwise volatile position.

Colorado Rockies: The one acquisition that could make their offseason | Rox Pile

“The A’s have been known to trade their players one, two, or three years before they hit free agency,” says Noah Yingling of Rox Pile. He cites the impending big league service of both Colton Welker and Elehuris Montero, the long-term outlook of both within the Rockies infield, and the expendability of prospects to land Oakland’s third baseman.

A healthy Trevor Story could be ideal for the Tigers | Bless You Boys (SB Nation, Detroit Tigers)

Starting pitcher Eduardo Rodriguez has made his way to Detroit for the 2021 season. If the Tigers are to make a push in a White Sox-heavy division, Trevor Story could be a logical fit in the Motor City.

Colorado bats had a day on Monday: three players combined to go 6-for-10 for the Rafters. Ryan Vilade went 3-for-3, Michael Toglia went 2-for-4 and Ezequiel Tovar went 1-for-3 with a third-inning home run. Week 6 of AFL action is off to a smoking hot start on the heels of a colder Week 5.