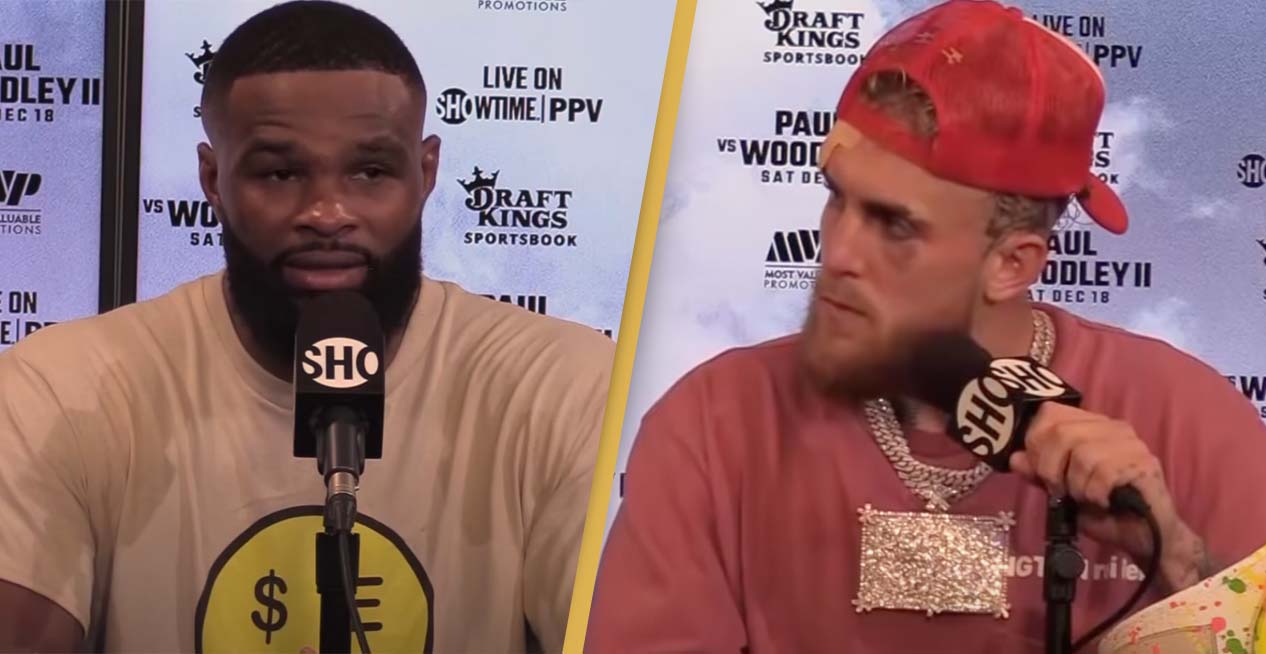 Former UFC champion Tyron Woodley has given his reaction after being knocked out by Jake Paul during their rematch.

YouTuber-turned-boxer Jake Paul scored the fifth win and fourth knockout of his career after his rematch against Tyron Woodley.

Paul, who had defeated Woodley by split decision during their previous fight in August, won the bout in the sixth round by knockout, flooring 39-year-old Woodley with a powerful punch to secure victory.

Woodley had stepped in for a rematch against the 24-year-old Paul with less than two weeks notice after Tommy Fury pulled out due to injury.

Speaking in a press conference after the fight, Woodley spoke about his defeat and answered questions, including why he dropped his hand to give Paul an opening for the knockout punch.

He said: ‘I can’t really tell you exactly why, sometimes I just felt like I was too tense and I maybe dropped it just to breathe and loosen up just to get back in.

‘That’s the only thing that drives me up the wall, I saw the shot. Right when he threw it I had both hands up blocking it and I don’t know if I was going to block it and counter check hook.’

Woodley went on to say that he wouldn’t refuse the chance of another fight against Paul, though the 39-year-old admitted the issue of Paul’s next opponent would be up to the man himself.