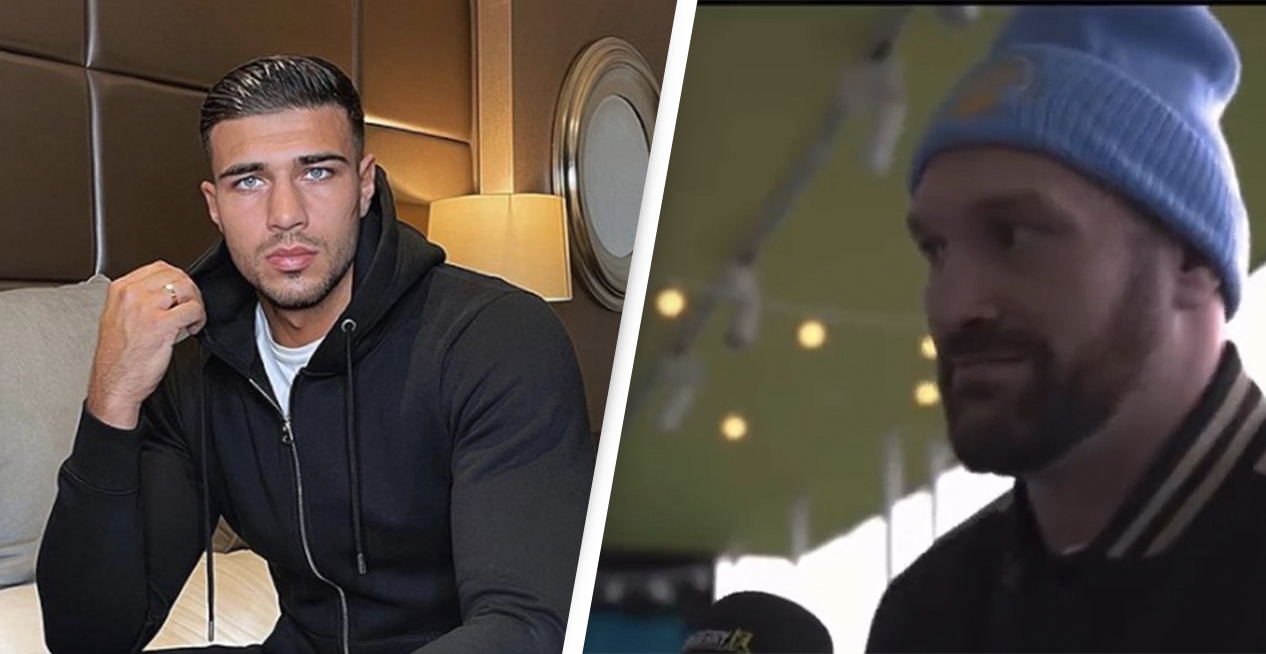 A video has resurfaced of Tyson Fury saying his brother Tommy could beat Jake Paul with ‘broken bones’, just days after Tommy pulled out of the fight.

Tommy was forced to back out of his December 18 fight with Paul due to a broken rib and a bacterial chest infection.

However, in the video from earlier this year, Tyson says his brother could beat Paul with ‘broken bones’.

The video was posted to Twitter alongside the caption, ‘What’s gone on here then.’

What’s gone on here then pic.twitter.com/kRdgwMmS7b

In the interview, Tyson confidently explains how easily his little brother could beat Paul:

As you can imagine, Twitter users fought it out in the comments over who would’ve won, and we guess if you can’t see the real thing, this is a close second. Others referenced the video, questioning: ‘I thought Tyson said he could beat him with the flu and broken ribs? Why pull out then?’

Tommy responded to the swirl of questions surrounding his withdrawal, saying, ‘Everyone’s going to have their own opinions.’ Tommy took to Instagram to share the hospital scans of his broken rib and the infection, which left him ‘not being able to breath’.

Despite his injuries, Fury is determined for the fight to go ahead once he’s recovered, saying, ‘There’s no other fight that I want out there, that’s the fight I want next.’

While Tommy’s fight is yet to be rescheduled, Paul is going to fight Tyron Woodley again on December 18.