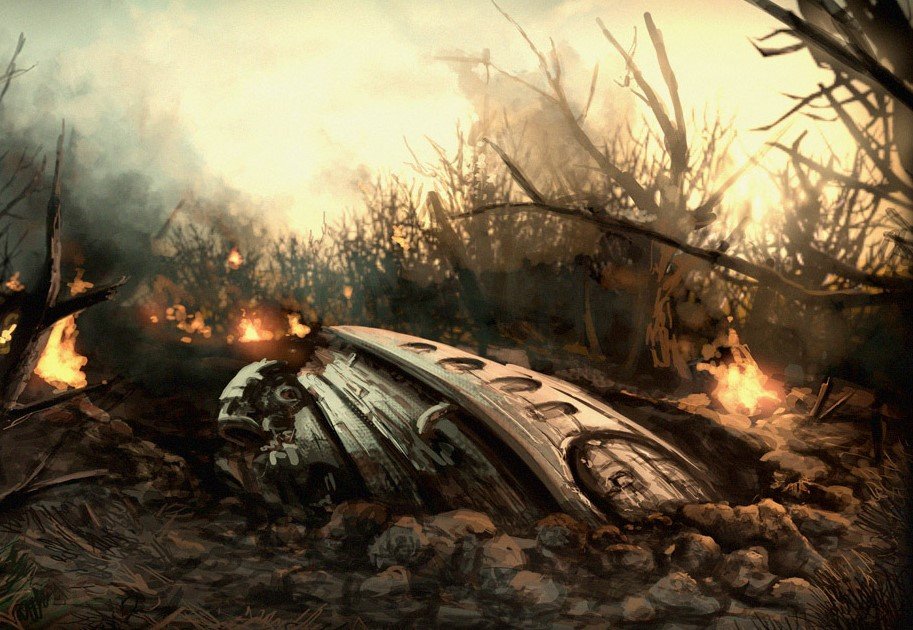 UFO crash in Kazakhstan: The story of a shepherd who befriends an alien 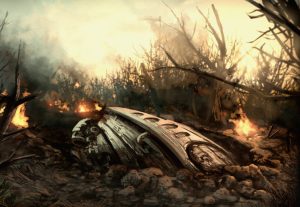 Having sheltered a crashed alien, the shepherd Sagynbai may have saved the Soviet base with nuclear weapons from a UFO invasion.

This story took place in June 1979 in the Turgai region of the Kazakh SSR near Arkalyk – now almost abandoned, but then – a prosperous industrial city.

The local shepherd named Sagynbay, woke up in the middle of the night, left the house and saw that the sky was glowing. It seemed to him that the source of light was not far away, and the shepherd, saddling his horse, decided to go and find out what was the reason for the strange glow.

Having driven several kilometers from his native village, he saw traces of a large object falling from the sky in the night steppe. Deciding that it could be an airplane or a Soviet space satellite, the shepherd drove closer and was surprised to see a silver disk half buried in the rocky soil.

Deciding that it was not worth approaching such a find, Sagynbay went back to the village. And a few hundred meters from the fallen object, he came across an escape pod, very similar to a coal-black egg.

The surface of the capsule was of such texture that the shepherd decided that it was just a smoothly processed boulder. But at that moment, the “boulder” suddenly opened up, and from it, under the horse’s feet, fell out, as it seemed to Sagynbai at first, a tall man. 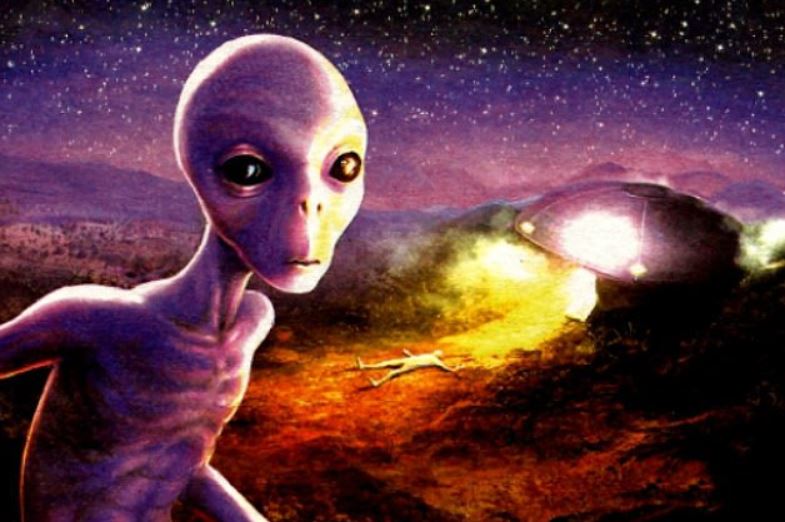 The shepherd’s horse snorted and shied away, and the shepherd decided to drive away from the unknown to a safe distance – to observe what would happen next.

He understood that it would be better for him to go away altogether, but curiosity interfered. However, the inhabitant of the aircraft himself got to his feet and immediately went to the shepherd.

The stranger was tall, with thin arms and legs. Huge eyes sparkled in the darkness. The Kazakh greeted the stranger with an open palm, and then gave him his horse and on foot, leading it by the bridle, returned home.

To say that his wife was surprised is to say nothing. At another time, she would have simply run away from home, but this time she was as if under hypnosis and obeyed her husband in everything. And he ordered to cook beshbarmak in the middle of the night and set the table. The shepherd put his night guest in the most honorable place.

The woman prepared the dish, trying once again not to look at the guest and not show increased interest. But the stranger did not eat meat, but tasted the dough with appetite and ate the whole kurt – a national Kazakh dish, dry balls, which are made from sheep, goat or camel cottage cheese.

With gestures, he refused the bed prepared for him by the astonished woman, and remained at the table for the night, closing his eyes. Whether he slept, the owners did not understand.

In the morning the shepherd woke up from the fact that a military UAZ drove into his yard. Immediately realizing that the Soviet military was most likely looking for his night guest, the shepherd grabbed the alien by the hand and took him to the hayloft, where he showed signs that he should hide.

While the alien sat in fragrant hay, the shepherd came out to meet the military.

When they began to ask him if he had seen anything unusual at night, the shepherd shrugged his shoulders and replied that he was fast asleep.

The military, after roaming around the village a little more, left. 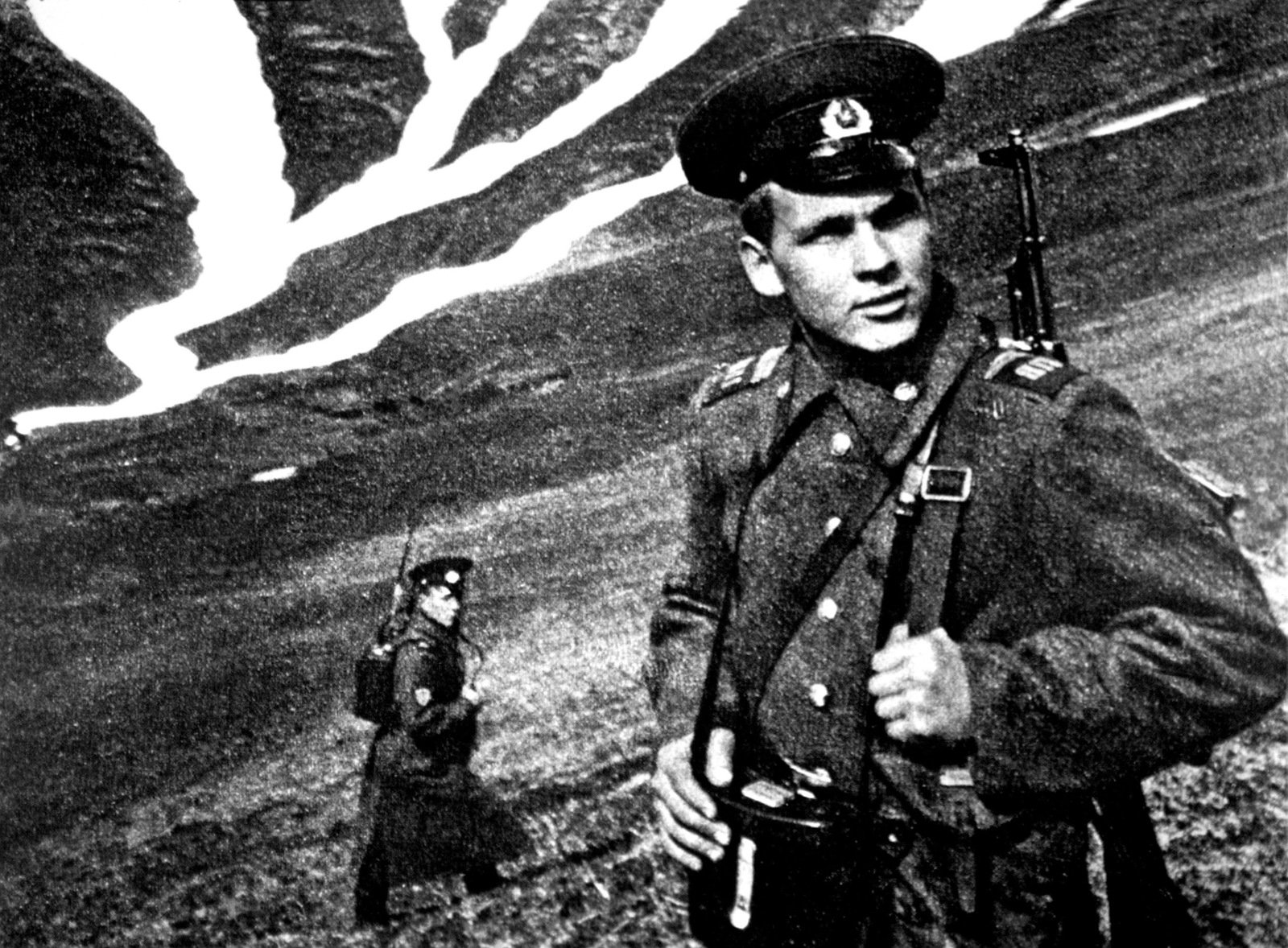 The alien lived with the shepherd for two weeks. During this time, he managed to get acquainted with the villagers, learned to play cards and checkers, and soon began to beat the Kazakhs. It is noteworthy that for all the time he did not utter a single word, but at the same time he perfectly understood everything that was said to him, and people, in turn, understood him.

The fact that such a story, in general, happened, was told to reporters by Russian citizen Tatyana Leonova. In 1979, she was nine years old, and she lived with her father, a veterinarian, in Arkalyk.

Sometimes the father took the girl with him on a call. Shepherd Sagynbai was an old acquaintance of the veterinarian, and one day he and his daughter came to visit him.

Despite her father’s orders to stay at the table, the girl ran out after him. She saw the men going to the barn and followed them.

Looking inside the cowshed, Tatyana saw a gray creature surrounded by people. The creature had a head twice the size of a human and black eyes half the size of its face.

She got the whole story from her father when she grew up. She also compared the disappearance of the alien with the Turgai incident, which happened just on June 26, 1979 – that is, on the day the alien disappeared.

This incident, most directly related to the first, took place a hundred kilometers from Arkalyk, near the city of Derzhavinsk, not far from the local military unit that served the mines with R-36 nuclear ballistic missiles, which the Americans nicknamed “Satan”.

A day before the incident, eyewitnesses saw fireballs in the sky, and on the day of the incident, schoolchildren from the Beryozka pioneer camp saw aliens.

After dinner, a group of pioneers, among whom was the daughter of a local police major, Svetlana Kvacheva, fled the camp and decided to light a fire on the slope of a nearby hill.

The idea had to be interrupted in the most unexpected way: three-meter humanoids came out into the light of the fire. The children ran screaming towards the camp, the humanoids followed them.

Hiding behind the fence of the pioneer camp and feeling relatively safe, the children began to call strangers to follow them: “Come here, let’s talk!”

However, the aliens did not accept the invitation. At that moment it was already getting dark, and Svetlana Kvacheva remembered the terrible eyes that sparkled red in the darkness. 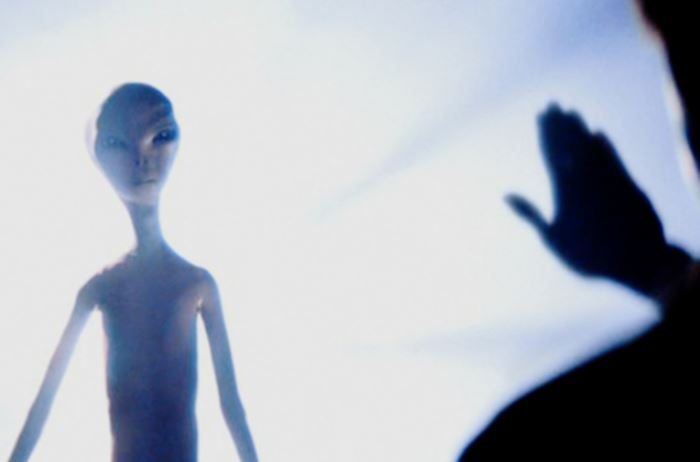 The pioneer leader, who was walking around the camp in the evening, on one of the paths came across a dark giant humanoid. The girl got scared and ran away. She returned later along with the watchman, but there was no longer any alien, and the legs of the chair went deep into the ground.

The next day, everyone in the camp heard a rumble, as if a jet plane was taking off somewhere nearby. This whole story would not be worth a damn if it were not for the rocket military base nearby. According to some reports, it contained up to 15% of the nuclear potential of the USSR.

Sveta Kvacheva told her father, a police major, about the incident, and he took the story seriously, after which the children were interviewed by the military, and then also by the KGB officers.

The incident became known to the general public only after one of the eyewitnesses, possibly camp workers, wrote about it to the editors of one of the Soviet youth magazines.

If we connect this incident with the incident in Arkalyk, which is located not far from Derzhavinsk, then we can assume that the “space guys” flew in for their brother, and at the same time carried out reconnaissance at the military base.

And who knows what would have happened if they had not found him and approached the base with missiles.

The post UFO crash in Kazakhstan: The story of a shepherd who befriends an alien appeared first on Anomalien.com.

UFO crash in Kazakhstan: The story of a shepherd who befriends an alien