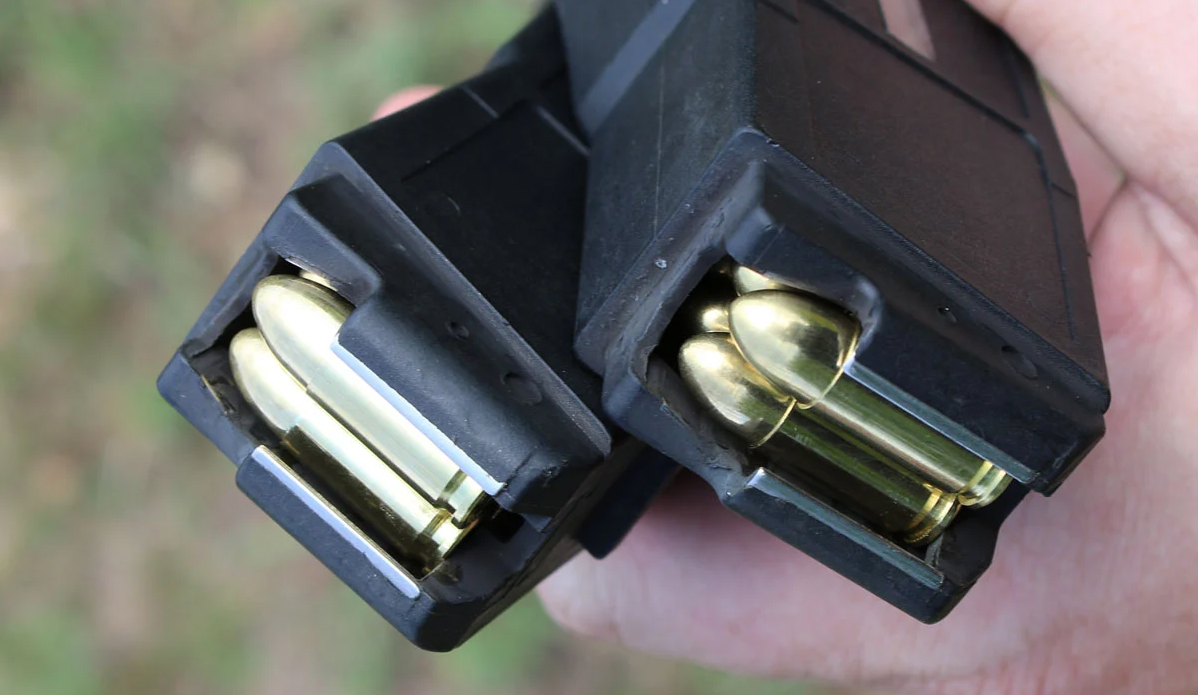 UMP9: Hands on with the Heckler & Koch

The Heckler & Koch Universale Maschinenpistole (UMP for short) is kind of like H&K’s Jan Brady. The UMP’s older sister (who is frankly much better looking) is the MP5. That 9mm submachine gun rightly gets a lot of attention. Following shortly behind the UMP in my middle-child metaphor is the MP7. The poor UMP is stuck in the middle, constantly seeking validation. *sigh* Poor UMP9 and UMP 45… 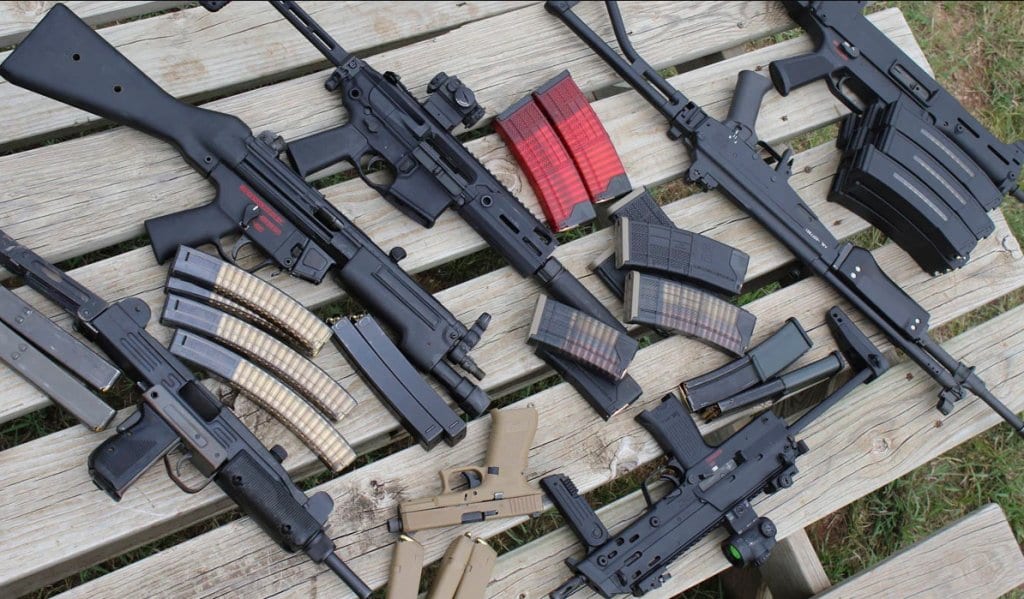 Where does the UMP fit into this line-up? The UMP9 specifically, but UMP 45 or UMP40 too.

Let’s look back on some basic H&K sub-gun history. To simplify matters, we will begin in 1966 when the first MP5s go into service. It is almost impossible to give an honest critique of the UMP without bringing up the MP5, (especially when we had two MP5s on the range with us when we were test-driving this UMP9). 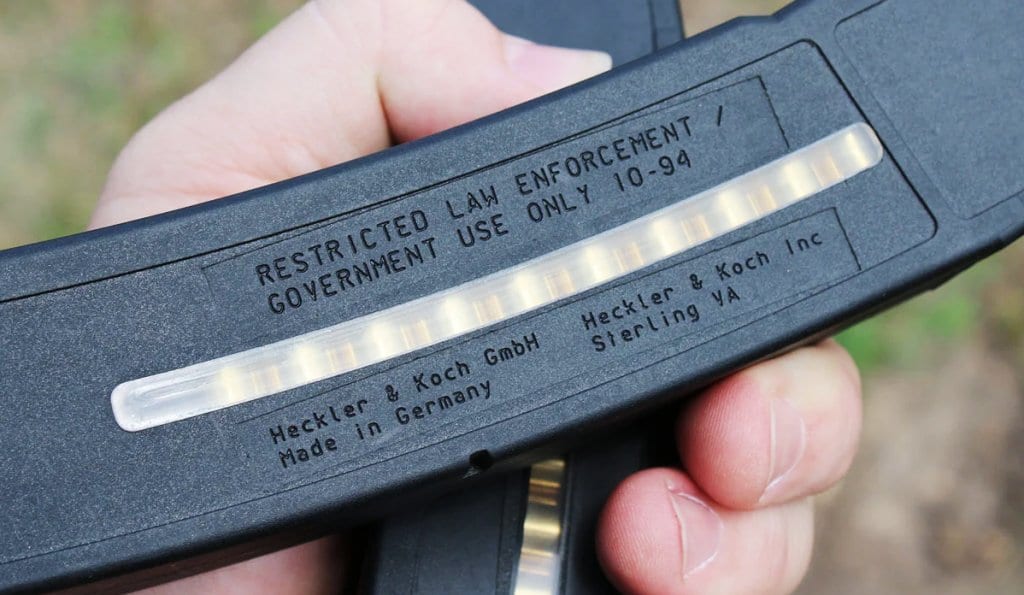 The MP5 was primarily chambered in 9mm. Some of its users wanted a similar gun, but with more power. By the 1990s, .40 S&W was gaining ground. And the 10mm fans are forever singing the round’s praises. Even the .45 ACP was suggested for an MP5 variant. And H&K was listening. So why not update the MP5? 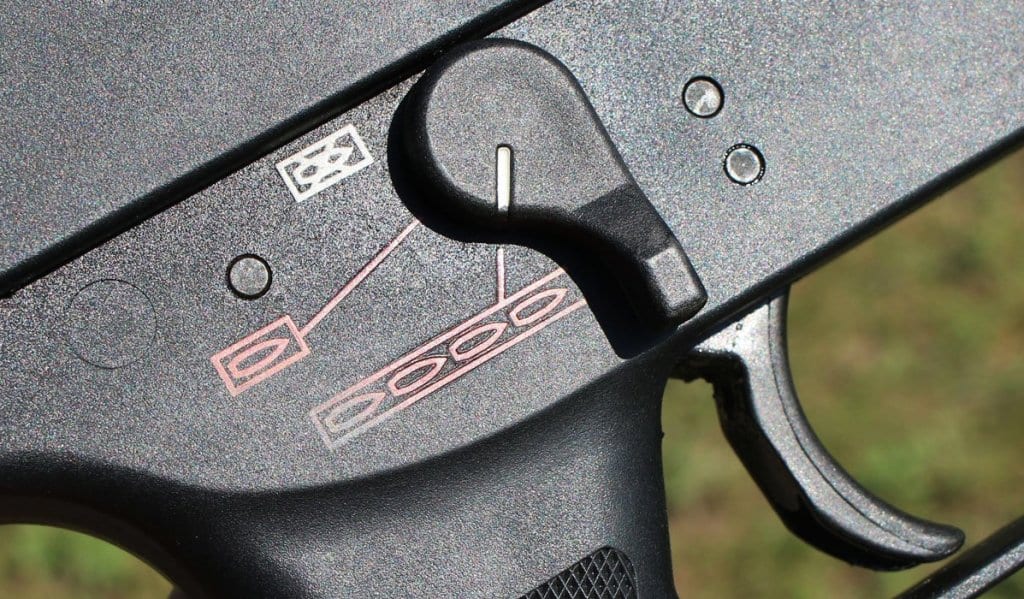 The UMP9’s selector switch is easy to use.

The MP5 was built with tight tolerances specifically geared to the 9mm. Simply upgrading the existing gun wasn’t an option. H&K set out to build a new sub-gun, one that would take advantage of new materials, and one that could be easily switched from one caliber to another.

Plastics. While the UMP has a solid frame, it is built primarily of polymer with a few steel reinforcements. The material makes the gun lighter. Proportionally, it makes the UMP9 feel larger, too. You need more plastic than you do steel to reach similar material capabilities. You also need a larger shell to hold the barrel and magazine of a larger caliber, like the .45 ACP. 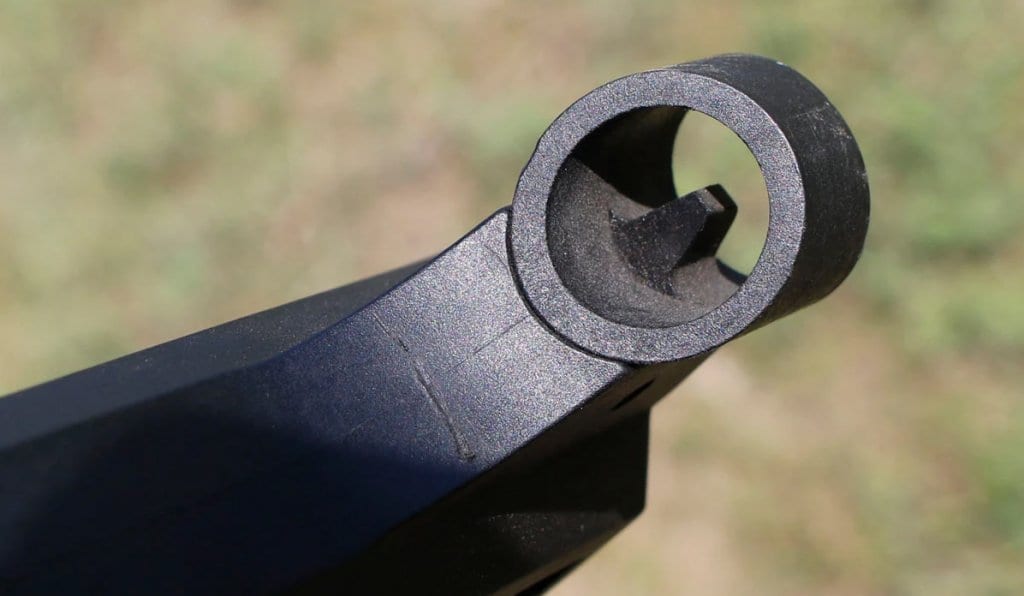 Even the sights on the UMP are polymer.

Even so, the UMP9 is lighter than an MP5. Score one for those of us who carry guns.

The UMP also is a direct blow-back rifle. This is another selling point, as the system is easy to maintain and exceptionally reliable. One of the main selling points of the UMP is its reliability.

The UMP also has easy-to-use controls. Consider reloads. The older MP5 is fast, but reloading takes time. The bolt doesn’t lock back when the mag is empty. In order to reload, you typically lock the bolt back manually, drop the empty mag, throw in a new mag, then slap the charging handle. 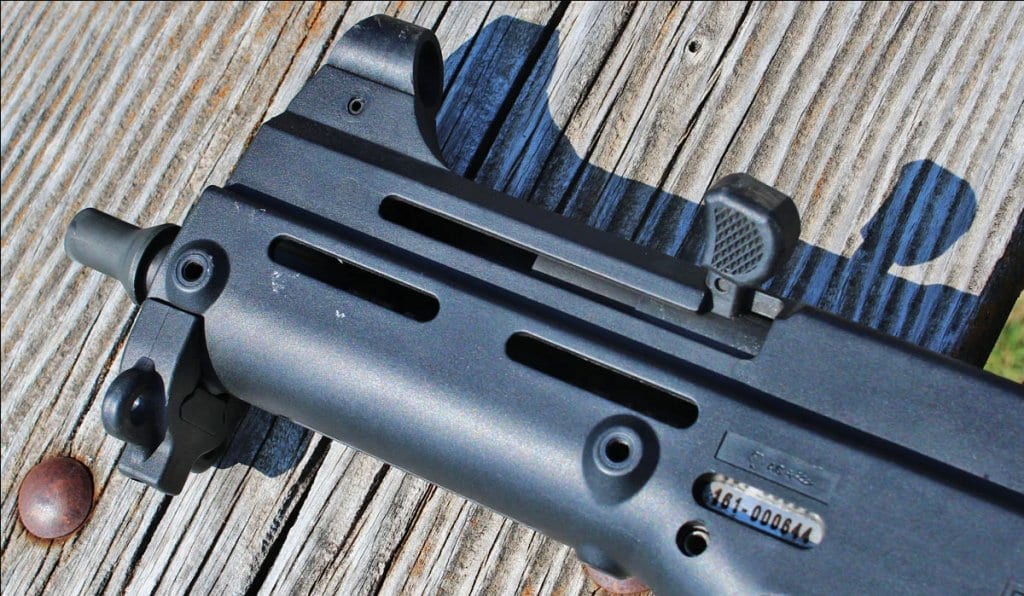 Some of the UMP controls echo those of the MP5.

With the UMP9, the bolt locks back, and the mag is easily swapped. The controls mirror what many of us are more accustomed to on our AR-15s. 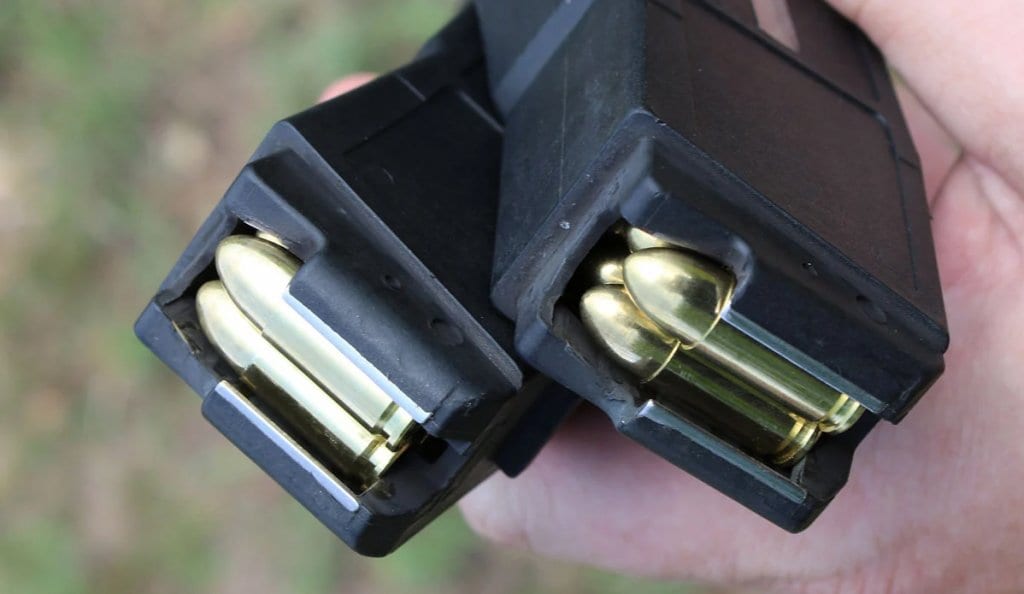 The 9mm magazines have to fit in the same well as the .45 ACP mags.

And there are a few separate configurations for the firing controls, too. The gun we had in for review moved from safe to semi-auto to full-auto. There’s a variant that has an additional two-round-burst option, too. That two-round-burst is another key feature, which leads us into…

The big issue most shooters identify with the UMP is recoil. The gun’s rate of fire is slow, and recoil is sharp. The two-round option would allow a shooter to drop back on target before firing again. Why not a three-round-burst? It might be because many shooters would have trouble keeping that third round on the target. 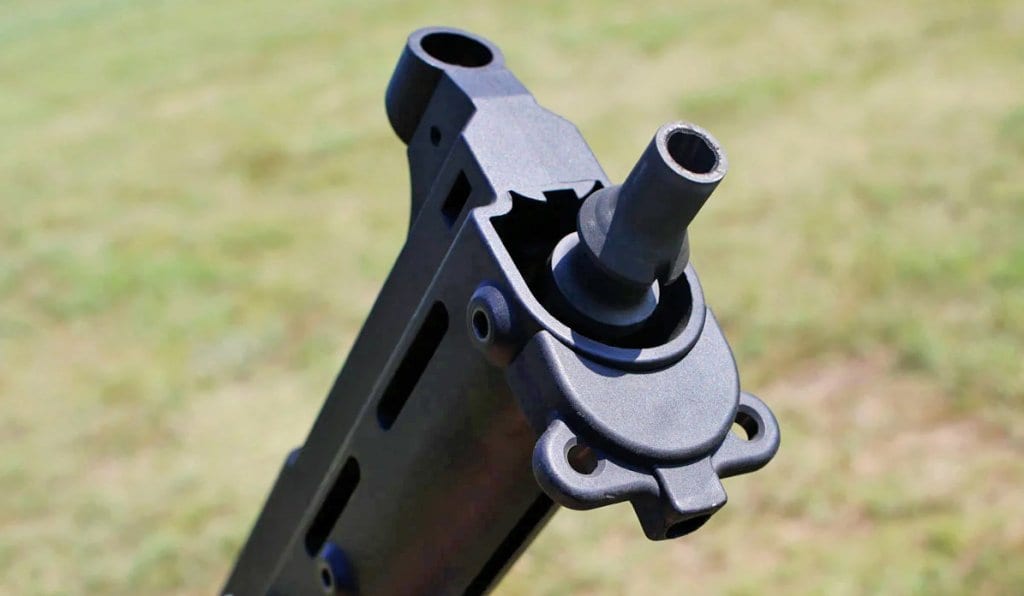 Check out the open space inside the frame.

The rate of fire for the UMP is also slower than most other submachine guns. While some see that as a good thing, those who have spent time behind an MP5 are typically taken back by the UMP’s rhythm.

The fate of the HK UMP

Remember my Jan Brady metaphor? By the time the UMP entered service in 1999, the MP5 had a strong three-decade service record. The gun had proven itself. 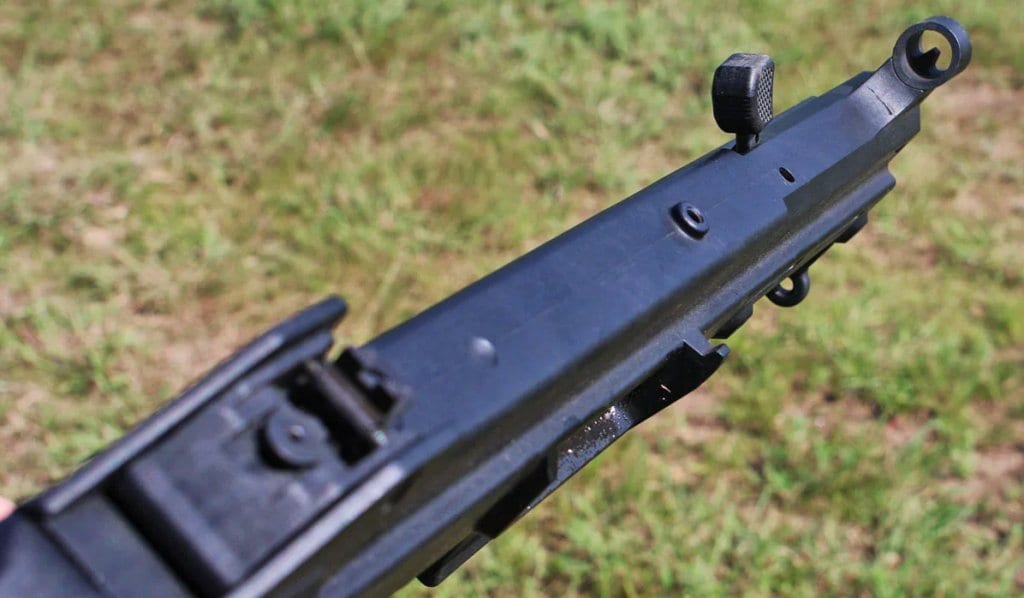 The polymer prevents integral, milled rail slots, but optics can be added.

As the first guns offered new calibers, agencies were intrigued. A caliber upgrade allowed some of them to keep their sidearms and their sub-guns in one common caliber. That was a win for H&K. 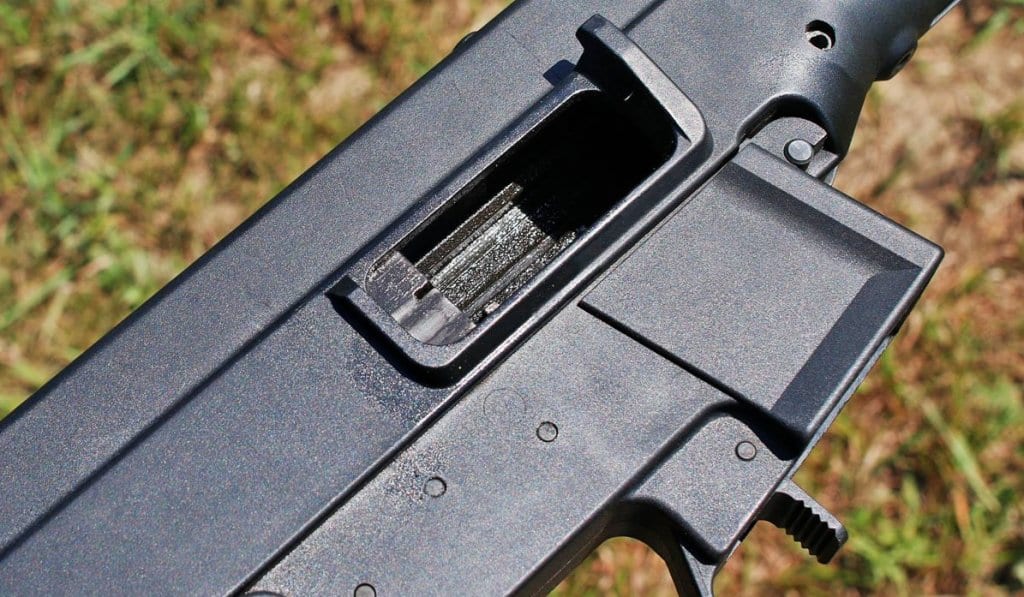 The gun runs well. Despite how you feel about the recoil, the UMP9 works.

Then the UMP9 came out. I’ve talked to a lot of folks who have shot both a UMP9 and an MP5 and I’ve yet to find one who would take a UMP if offered one-or-the-other.

In the meantime, check out these articles: 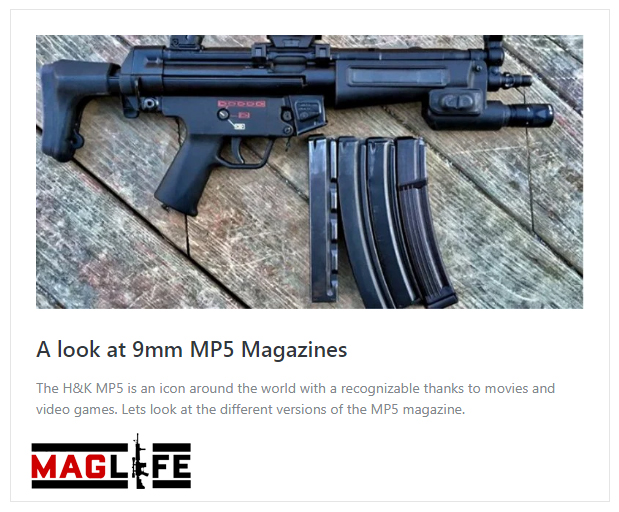 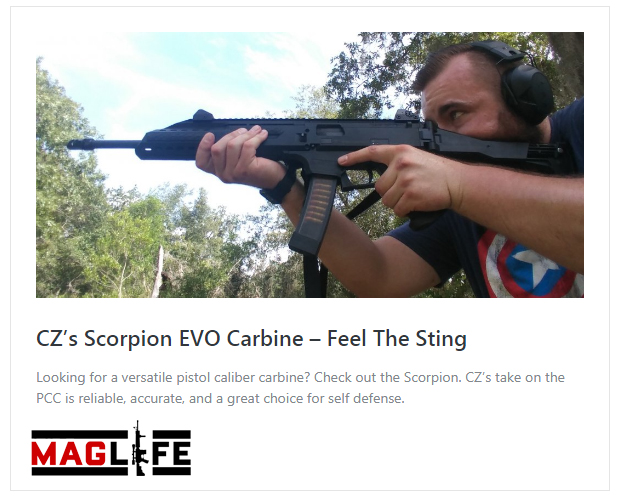 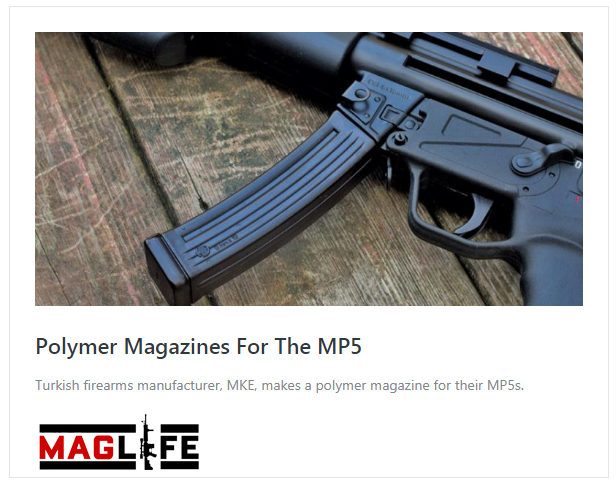 The post UMP9: Hands on with the Heckler & Koch appeared first on The Mag Life.

UMP9: Hands on with the Heckler & Koch